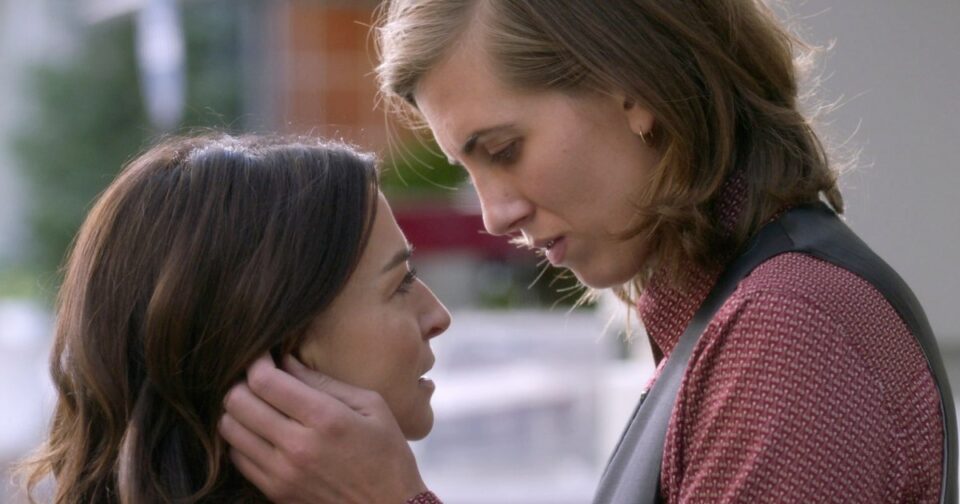 Every year since 1990, GLAAD has honored films, television shows, musicians, journalists and other media figures for fair, accurate and inclusive representations of lesbian, gay, bisexual, transgender and queer people.

“Media can create positive change and this year’s nominees represent powerful projects, stories, and creators that positively shifted culture and enlightened audiences with new and impactful LGBTQ stories,” Sarah Kate Ellis, GLAAD president and CEO, said in a statement. “There are more nominees this year than ever before, highlighting a growing landscape of LGBTQ visibility, and serving as a reminder to the critical role that film, television, music, journalism, and other forms of media can play in growing LGBTQ acceptance in the face of ongoing attacks against our community.”

Many of the nominees in other categories also featured trans characters or told the stories of trans people “in timely, nuanced, and empowering ways,” GLAAD said, in the deadliest year on record for trans people. Also in the last year, dozens of states considered legislation to ban trans girls from female school sports teams and block trans youths’ access to gender-affirming health care.

Of the 10 nominees for outstanding video game, six feature trans and nonbinary characters, including “Boyfriend Dungeon,” “Far Cry 6,” “The Gardener and the Wild Vines” and “Life is Strange: True Colors.”

Transgender and nonbinary characters appear in five of the nominated comic books and graphic novels, including the two anthologies: “DC Pride” and “Marvel’s Voices: Pride.”

GLAAD noted that many of the nominations in journalism also featured trans people or highlighted issues affecting the trans community.

Though many of GLAAD’s nominees centered on trans stories, GLAAD’s latest “Where We Are on TV” report released last year found a year-over-year decrease in the number of transgender characters on TV. The group attributed the decline to the pandemic and the fact that several shows with prominent trans characters were not expected to return.

However, transgender actress Angelica Ross, who starred in Ryan Murphy’s “Pose,” told NBC News last year that she believes the drop in representation is due to a lack of effort in Hollywood.

“As to be expected, a good percentage of the movement for diversity was performative and predictable,” Ross said. “Many of my trans colleagues who are creators saw this coming well before it started happening. It is why folks like myself, Rain Valdez, Janet Mock, Shakina Nayfack and others are using our space in the industry to create more roles and create more space for truly diverse storytelling.”

Though GLAAD’s report found that overall LGBTQ representation was down — as well as trans representation — it also found that LGBTQ people of color on TV outnumbered their white counterparts for the first time in the 25 years that GLAAD has been keeping track.

Similarly, a significant number of this year’s nominees feature the stories of LGBTQ people of color, according to GLAAD. Those nominees in the film and television categories include “Tick, Tick … Boom!,” “Breaking Fast,” “Gossamer Folds,” “The Obituary of Tunde Johnson,” “Plan B” and “Tu Me Manques.”

Award winners will be announced during two live ceremonies: in Los Angeles in April, and in New York City in May. The full list of nominees can be found on GLAAD’s website.