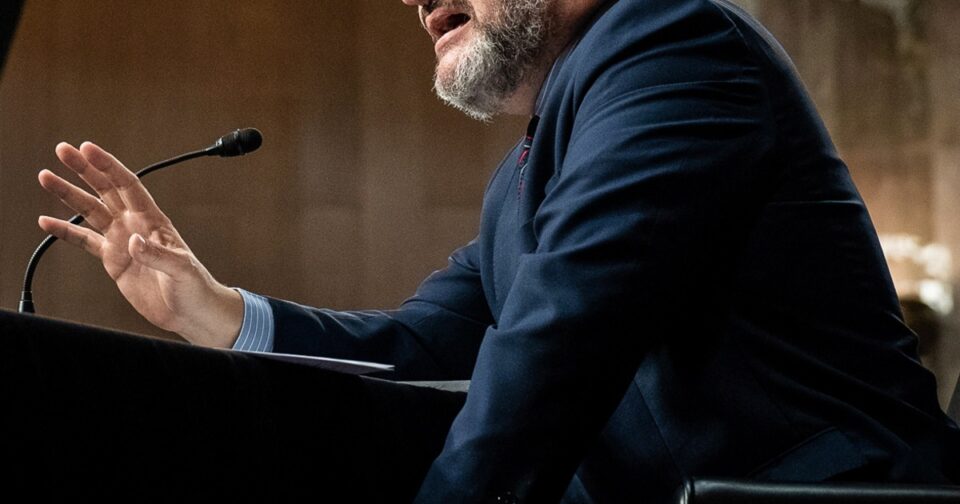 During oral arguments in Federal Election Commission v. Ted Cruz for Senate on Wednesday, the new conservative Supreme Court majority gets its first chance to continue the high court’s undermining of anti-corruption protections in our campaign finance laws that began in 2010 with the Citizens United case.

At issue in the Cruz case is whether candidates can raise unlimited amounts of money through campaign donations after elections to be paid directly to themselves as repayment for personal loans. Currently, the FEC places no limits on how much candidates can lend their campaigns, but it limits how much money campaigns can repay lawmakers to no more than $250,000.

The case builds upon the problem created by Citizens United by allowing dark money potentially even greater corrupt influencing opportunities.

The Ted Cruz for Senate campaign took this case to the Supreme Court by having Cruz intentionally lend and seek repayment of $260,000 — just $10,000 over the limit — seemingly for the purposes of arguing that the limit violates the First Amendment. The Cruz campaign hasn’t contested the FEC’s claim that “the sole and exclusive motivation behind Senator Cruz’ actions in making the 2018 loan and the committee’s actions in waiting to repay them was to establish the factual basis for this challenge.”

In Citizens United, conservative justices in a 5-4 decision demonstrated their interest in using the First Amendment freedom of speech protections to undermine transparency in campaign finance regulations. Writing for the majority, Justice Anthony Kennedy analogized regulation of corporate donations to “censorship” and asserted that the First Amendment “confirms the freedom to think for ourselves.” He was joined by Justices John Roberts, Samuel Alito, Antonin Scalia and Clarence Thomas.

The decision removed any barrier for corporations and outside groups like PACs to donate money, ultimately resulting in massive amounts of dark money (funds donated from undisclosed sources intending to influence political outcomes) flooding our elections. Some estimate that dark money groups have spent as much as $1 billion since the 2010 Citizens United decision.

Although there is no indication that Cruz has done anything corrupt, the case builds upon the problem Citizens United created by allowing dark money potentially even greater corrupt influencing opportunities. Here’s the obvious problem: Eliminating limits on how much politicians can repay themselves through campaign contributions removes the distinction between campaign contributions and paying off candidates.

Another problem is interest. As your credit card company well knows, the more you owe, the more it makes on interest. Those profits can add up quickly, even when lawmakers lend smaller amounts to their campaigns. The FEC’s guidelines for charging interest require that it be a “commercially reasonable rate.” But removing any dollar cap on the amount of a loan would allow enormous profits to be made even from reasonable single-digit interest rates. Is this how we want our political candidates to make money?

Then there is the issue of a deep-pocket dark money donor who potentially offers to arrange an enormous personal loan to a politician, not exactly out of kindness but for the sole purpose of the politician’s turning around and lending the money to his or her campaign. That same donor — whether an individual, a corporation or a PAC — could then also donate to the campaign as a regular supporter after the election. When you factor in the potential interest that can be collected from the money a candidate gives his or her own campaign, that’s a lot of money that could line a politician’s pockets.

Suppose wealthy donors, corporations and PACs can put unlimited money directly into the pockets of lawmakers under the guise of repaying loans when it’s really a way to influence lawmakers’ political agendas. In that case, the potential for misconduct is exponentially increased compared to a system in which at least some dollar limit is imposed.

Unlike the makeup of the high court that decided the 2010 Citizens United case, today’s court has a rock-solid conservative majority. It’s spearheaded by Justices Amy Coney Barrett, Neil Gorsuch and Brett Kavanaugh — three new conservative justices at the height of their intellectual powers and chomping at the bit to make their marks on the high court’s jurisprudence.

While there appears to be little question that the new majority will lean toward using the First Amendment to further advance conservative agendas, as it has most recently in the vaccination mandate case, the bigger question is why conservative justices consistently appear to undermine the anti-corruption protections in our system.

Like the whittling down of the theft of honest services and bribery prosecutions that flowed from the court’s 2016 decision to overturn former Virginia Gov. Bob McDonnell’s conviction for bribery, the conservative bloc of the court seems bent on allowing only the most crass and blatant kind of corruption to be prohibited.

Sure, scenarios in which politicians are recorded receiving bags of cash and saying they will use it for the power of their offices in certain ways because they got paid would be likely to draw condemnation from the conservative justices. Like the case of former Illinois Gov. Rod Blagojevich, who was convicted and sentenced to 14 years in prison for trying to sell President Barack Obama’s vacated Senate seat (Donald Trump later commuted his sentence). Short of something like this happening again, the justices seem to have a blind spot.

One explanation could be that the conservative justices live in a bubble and really believe that the innate good nature of people will prevent corruption from taking place and that no government intervention is needed. A more insidious explanation would be that whether by explicit bias, implicit bias or a mixture of both, these conservatives seek to protect and promulgate a system by which the established wealthy and powerful can retain power.

The fact that they do so under the guise of protecting constitutional rights is particularly alarming. As has so often been said, our Constitution is a living document dynamically interpreted by each succeeding generation. Since 1803’s Marbury v. Madison decision, the Supreme Court has asserted its right to be the ultimate arbiter of constitutionality, and that power has evolved the high court into a super-legislature. It’s time to question that role or at least look for checks and balances upon that power.

Shan Wu is a legal analyst and former federal prosecutor.