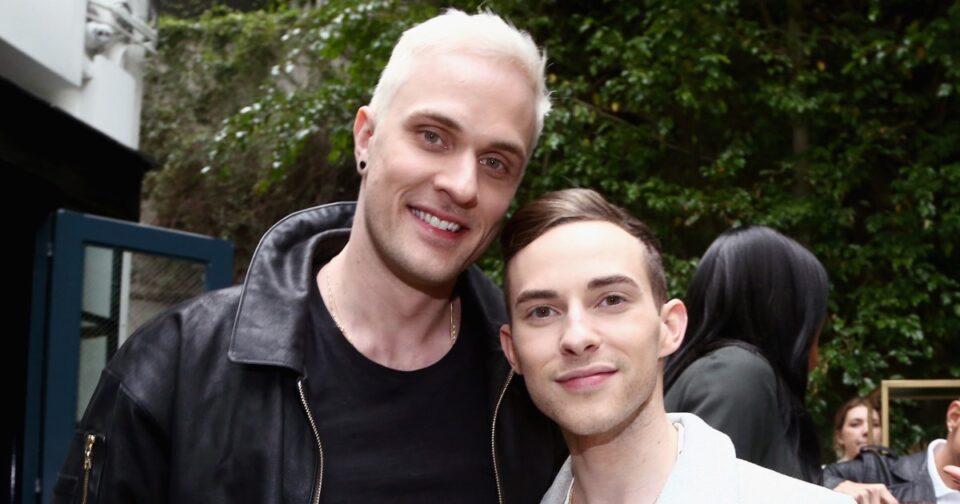 Former Olympic figure skater and medalist Adam Rippon announced Wednesday on Instagram that he and his fiancé, Jussi-Pekka Kajaala, wed on Dec. 31.

“SURPRISE WE ARE MARRIED,” Rippon, 32, wrote in the caption (click through to see both photos). “One afternoon JP and I looked at each other and said the very classic *romantic* phrase of ‘let’s just go do it now’. So we did. It was just the three of us and it was perfect 12/31/21”

Kajaala, a Finnish real estate broker, posted similar photos and a video of the pair (well, the trio, since Tony’s in the back seat) riding in a car. He wrote in his caption, “We are married!! the video is from the actual wedding day on December 31st 2021. It was just the three of us and a simple ceremony. Exactly what we wanted. Tony has two happy dads.”

In an interview with People magazine, Rippon said he and Kajaala “always wanted to do something simple” and small for their wedding.

The whole thing was low-key and inexpensive, with the ceremony performed by a marriage officiant in Encino, California. The couple got hitched in the marriage service’s office suite under an archway of fake plants and flowers.

“It was like what you would get from the dollar store if you knew you had a wedding in five minutes,” Rippon recalled, “but it was perfect.”

The pair met in 2017 during a skating competition in Finland, via a dating app. While Rippon was in the country, they got to know each other and then kept in touch afterward. They kissed for the first time in Los Angeles in 2018 when Kajaala traveled to the U.S. to meet his love.

“Maybe everyone’s ideal first kiss isn’t at the LAX International short-term parking lot, but ours was,” Rippon, who won a bronze medal at the PyeongChang Winter Olympics, told NBC’s “Today” show last year. They weren’t able to see each other during much of 2020 due to the pandemic, but they made up for lost time by getting engaged in 2021.

As for marriage, the now-retired skater (who went on to win “Dancing with the Stars” in 2018) said he’s looking forward to having celebratory parties in Finland and in the U.S. once the pandemic ebbs.

This story originally appeared on TODAY.com

Randee Dawn has been a contributing editor since 2011, and is responsible for entertainment news coverage. She joined NBCNews.com from The Hollywood Reporter and currently freelances for publications including Variety, The Los Angeles Times and Grammy.com. She is a member of the Society of Professional Journalists, and the co-author of “The Law & Order: SVU Unofficial Companion.” She lives in Brooklyn, NY.