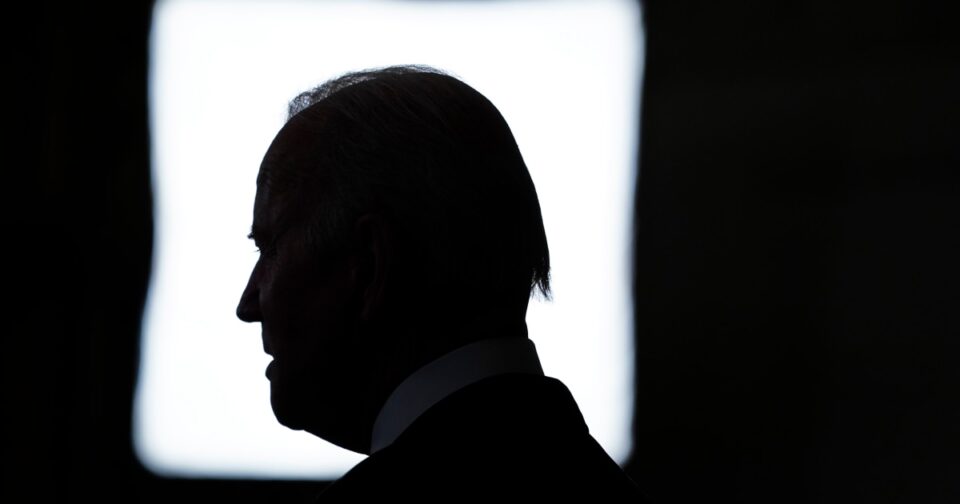 WASHINGTON — In his inaugural address one year ago, President Joe Biden championed unity, promised a bold governing agenda and prioritized defeating the coronavirus.

Now, as Biden begins his second year as president, majorities of Americans give him low marks for uniting the country, being competent and having the ability to handle a crisis, according to results from a new national NBC News poll.

What’s more, 6 in 10 disapprove of Biden’s handling of the economy, while more than half give him a thumbs-down on dealing with the coronavirus pandemic.

But it’s the numbers beneath Biden’s approval rating that paint a grim picture for the White House, say the bipartisan team of pollsters who conduct the NBC News survey.

Biden’s standing among key parts of the Democratic base has eroded while just 15 percent of Americans strongly approve of his job performance, compared to 43 percent who strongly disapprove, and only 5 percent believe his presidency has been better than expected.

“This poll would have to be described as bleak, discouraging and truly terrible,” said Republican pollster Bill McInturff of Public Opinion Strategies.

Added Democratic pollster Jeff Horwitt of Hart Research Associates: “A year into his presidency, Joe Biden’s standing with the American people is diminished, and he is a smaller figure than he was when he entered the White House.”

Biden’s first year as president has included plenty of successes on the economy, on the coronavirus and on parts of his legislative agenda.

“We went from 2 million people being vaccinated at the moment I was sworn in to 210 million Americans being fully vaccinated today. We created 6 million new jobs. … The unemployment rate dropped to 3.9 percent,” he said at a news conference Wednesday. “Now, thanks to the bipartisan infrastructure bill, we’re about to make a record investment in rebuilding America.”

But over his first year in office, Biden’s approval rating has dropped by 10 points — from 53 percent in April’s NBC News poll to 43 percent now.

With just one exception (Donald Trump at 39 percent), it’s the lowest approval rating for a president ending his first year in the 30-year history of the NBC News poll.

On the coronavirus and the economy

Thirty-eight percent approve of Biden’s handling of the economy, while 60 percent disapprove.

And just 37 percent approve of his handling of foreign policy and relations with Russia.

The 5 percent who say Biden’s presidency has been better than expected is the lowest for any president on this question going back to Bill Clinton in 1994.

His best marks came in being knowledgeable and experienced enough to handle the job, with 44 percent of respondents giving him either a “4” or a “5” on a 5-point scale — although that’s down from 55 percent who gave him high grades a year ago.

His worst marks came on being competent and effective (51 percent gave him either a “1” or a “2”), on being able to handle a crisis (52 percent) and on uniting the country (53 percent).

When NBC News’ Kristen Welker asked Biden on Wednesday whether the country is more unified today than it was when he took office, he replied: “Based on some of the stuff we got done, I’d say yes.

“But it’s not nearly as unified as it should be.”

The NBC News poll of 1,000 adults — 650 of whom were contacted by cellphone — was conducted Jan. 14-18 and has an overall margin of error of plus or minus 3.1 percentage points. The rest of the poll will be released in the coming days.