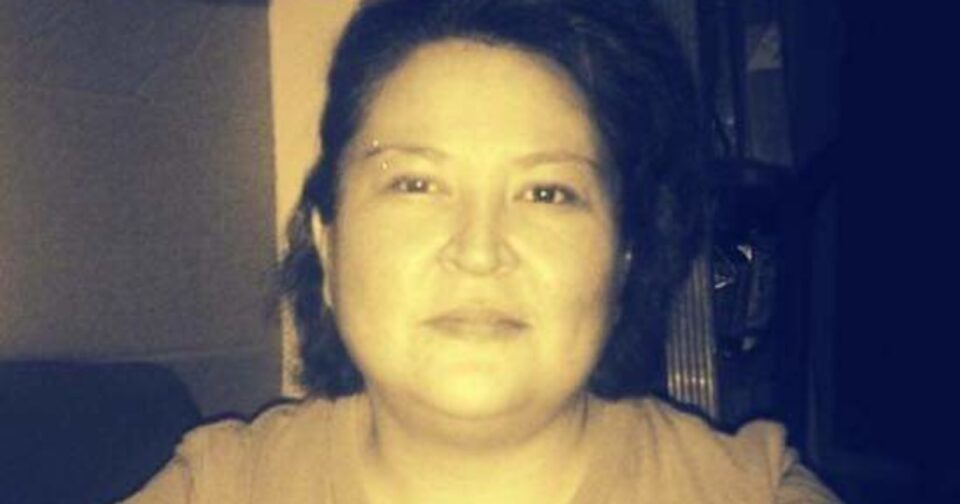 WACO, Texas — A team of citizen cold case sleuths diving in a river Wednesday found a car that matches the description of a vehicle belonging to a woman who disappeared in 2017.

Police confirmed the car found by divers with Adventures With Purpose belonged to Stephanie Torres, but a body recovered from the vehicle has not been positively identified. Her family members are standing by in hopes of having their questions answered.

Torres was days from celebrating her 43rd birthday when she disappeared. She was last seen leaving her home on Dec. 20, 2017, but did not take her cellphone, wallet or medication with her.

The car, a blue and gray 2006 Kia Rio, was found in the cold, murky waters of the Brazos River in Cameron Park about an hour after the dive began.

“I’m scared. I’m nervous. I don’t have words at this point,” daughter Bianca Torres said as the search for the car unfolded.

Adventures With Purpose, which Oregon-based scuba diver Jared Leisek founded, conducted the search in the Brazos River after connecting with the family via social media last year. The group originally organized environmental cleanup dives before turning to searching for missing people.

Leisek focused on nearby bodies of water and zeroed in on a boat ramp into the Brazos River in the 416-acre city park, where the Brazos and Bosque rivers meet. Stephanie Torres lived nearby.

Family members said Torres, a beloved and hardworking mother, had been experiencing excruciating pain from fibromyalgia when she disappeared. It dominated her life, and the medications she took for it caused depression as a side effect, they said.

She would head for a hot shower each day after work, crying while she let the water’s heat ease her pain, her children, Bianca and Jonathan Torres, who NBC News brought to Waco for the search, said.

Jonathan Torres said on the last day that he saw his mother, they argued about getting a dog, and she left the house. It was not unusual for her to disappear for two or three days and return. This time, she didn’t.

The family thought it was possible that Stephanie Torres had decided the pain had been too much and ended her own life, but they hoped they were wrong. She appeared intoxicated when she left, they added, but it’s unclear whether any of those factors contributed to her disappearance.

The family, which filed a missing person report with the police on Dec. 21, 2017, said their communication with police was limited. Jonathan and Bianca Torres said they felt completely in the dark.

“I felt like they weren’t getting in touch with us or letting us know anything about the case,” Bianca Torres said.

Officer Garen Bynum, the Waco Police Department spokesperson, said police learned about the extent of Stephanie Torres’ illness, that she had left her belongings behind and that she might be suicidal a week after her disappearance, affecting the speed and urgency of the initial investigation.

The department said it conducted multiple searches of databases and looked for recordings of her license plate on highways. They asked the Texas Rangers to do the same. Officials said they also checked with pharmacies to see if she’d refilled medication and posted about her disappearance on social media and shared it with media. It was all to no avail, Bynum said. Officers had no reason to believe they needed to search the rivers or Lake Waco for Torres, he said.

“I do know that our investigators did everything that they could … and just were not able to come up with anything,” Bynum said.

As days passed, family members began giving up and going their separate ways, they said. They tried to stay together, but their mother’s disappearance took a toll on them, particularly on their younger sister, they added.

The case had gone cold. Then in December 2021, Leisek reached out to Bianca Torres wanting to help with the case.

The case could be the 17th cold case that Adventures With Purpose has helped solve since 2019.

The group is on a weekslong trip through the South to carry out similar searches and dives for other missing people whose cases have gone cold. The group’s work is done pro bono.

The group has solved a number of missing person cases, including a case involving a mother and her toddler who had gone missing 23 years prior.

The group posts its successful searches on its YouTube channel, which has 1.71 million subscribers. Some viewers have tipped the group off to new cases or leads. Its online fame has also spurred requests for help from families or friends of the missing people and from law enforcement.

Leisek founded Adventures With Purpose in 2018 with his buddies, intending to use their diving skills to clear trash and debris from the nation’s waterways. But then they began finding cars — and human remains — and their purpose expanded.

They only take on cases in which they have a high probability of finding a vehicle based on their calculations of circumstances and geography.

More than 600,000 individuals go missing every year, according to the National Missing and Unidentified Persons System.

Attention on unsolved missing person cases, particularly those involving women of color, has increased following the death of Gabby Petito.

Petito went missing in August while on a cross-country van trip with her fiancé, Brian Laundrie. Her remains were found Sept. 19, and her death was ruled a homicide. Laundrie was found dead from a self-inflicted gunshot wound to the head a month later.

Leisek and his team have the gear, time and crowdfunding — assets local law enforcement agencies sometimes lack — to conduct the dives.

If you or someone you know is in crisis, call the National Suicide Prevention Lifeline at 800-273-8255, text HOME to 741741 or visit SpeakingOfSuicide.com/resources for additional resources.

Neo-Nazis aren’t the only ones targeting Jews