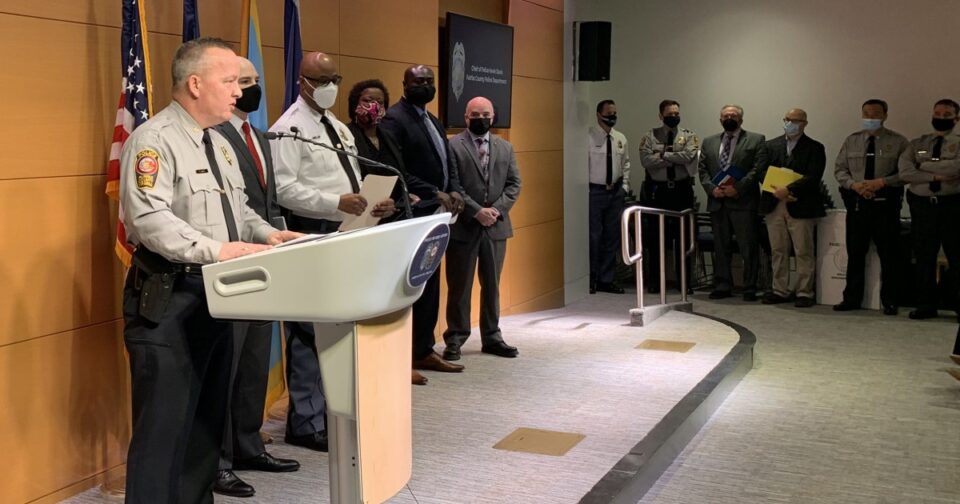 A convicted killer is accused in two cold case murders after he confessed to the crimes, officials said Wednesday.

Charles Helem, 52, is serving a life sentence for the murder of Patricia Bentley, a 37-year-old mother, in her townhome in Chantilly, Virginia, in 2002.

He may now face charges the 1987 killing of Eige Sober-Adler in Fairfax County, Virginia, and the 2002 death of Jennifer Landry in Prince George’s County, Maryland, police said.

“The families of these victims have waited a long time for answers,” Prince George’s County Police Chief Malik Aziz said at a news conference.

In 2010 and 2017, Helem sent letters to Mount Rainier police claiming to have knowledge about Landry’s killing, but both times refused to speak with investigators, Prince George’s County police said.

Helem picked up 19-year-old Landry in Washington, D.C. and killed her in Mount Rainier a short time later, Aziz said.

Her body was found in a wooded area of Mount Rainier, Maryland, in August 2002.

Helem also gave investigators information into the killing of Sober-Adler, whose body was found in a rear parking lot of a Days Inn in Herndon, Virginia, in September 1987.

It was not clear from officials at Wednesday’s news conference why Helem sent the letters or confessed to the crimes.

Fairfax County Police Major Ed O’Carroll said police talked to Helem after the killing and he was a person of interest.

In recent interviews with police, Helem “shared things only the killer would have known,” O’Carroll said.

He is being held at Red Onion State Prison in Virginia, according to state corrections department records.

An indictment for murder was obtained Tuesday in Fairfax County, the prosecutor for that county said.

Aisha N. Braveboy, prosecutor for Prince George’s County, said her office is reviewing the case and has not yet formally filed charges.

Fairfax County Police Chief Kevin Davis said investigators will be looking backwards to see if Helem is suspected in any other unsolved crimes.

Neo-Nazis aren’t the only ones targeting Jews