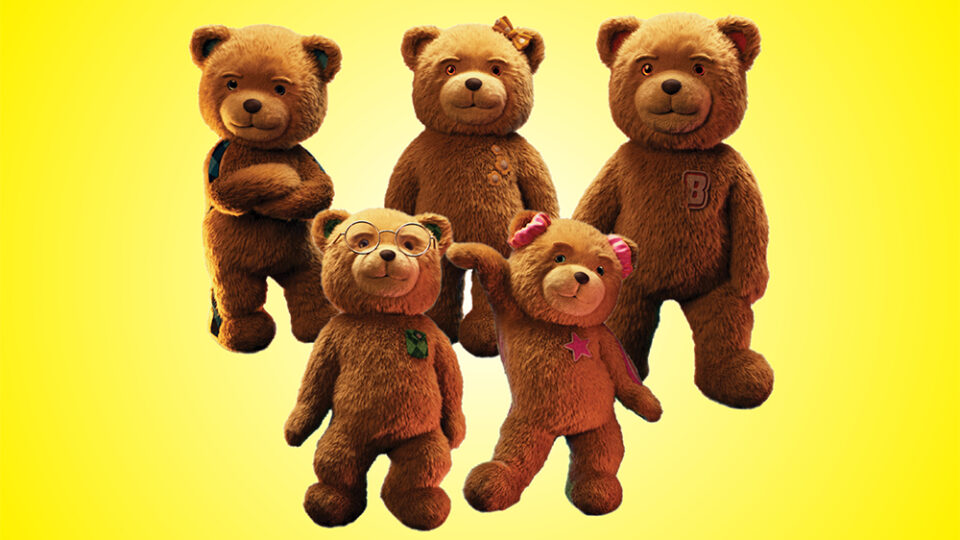 Kevin McHale and Justin Thorne first worked together when they were members of the boy band NLT in the mid-aughts. Now, the two are thinking about a bear band.

McHale, best known for his work as Artie on “Glee,” and Thorne are the creators of the AlphaBeatZ, five animated singing and dancing teddy bears; they launched the group over the holidays with a short video on social media featuring the cuddly creatures coming to life in a young boy’s bedroom and performing a portion of the original tune “Christmas Everyday.” They also released “The AlphaBeatZ Christmas!,” a five-song EP of holiday music, including covers of “Feliz Navidad” and “Santa Claus Is Comin’ to Town.”

“We joke that it’s the Spice Girls meets One Direction but for kids,” Thorne tells me.

McHale and Thorne began working on AlphaBeatZ about two years ago as a music project. “We wanted to use our passion and knowledge of music to make something magical for children,” McHale says. “We started sending the songs to family and friends and got this overwhelmingly warm response.”

Since then, they’ve expanded their plans to create a multiplatform children’s educational and entertainment brand that includes a series, movies, live concerts and merchandising. They’re shopping AlphaBeatZ around to potential investors. Thorne’s father, Rich Thorne, a veteran visual effects supervisor, serves as a producer. “There’s so much that we want to build on,” Justin Thorne says. “We’re hoping for a financial partner who knows the creative space and can help us build this from the ground up. We want to create characters that kids fall in love with.”

Why Low Code is the Great Unifier for Total Experience