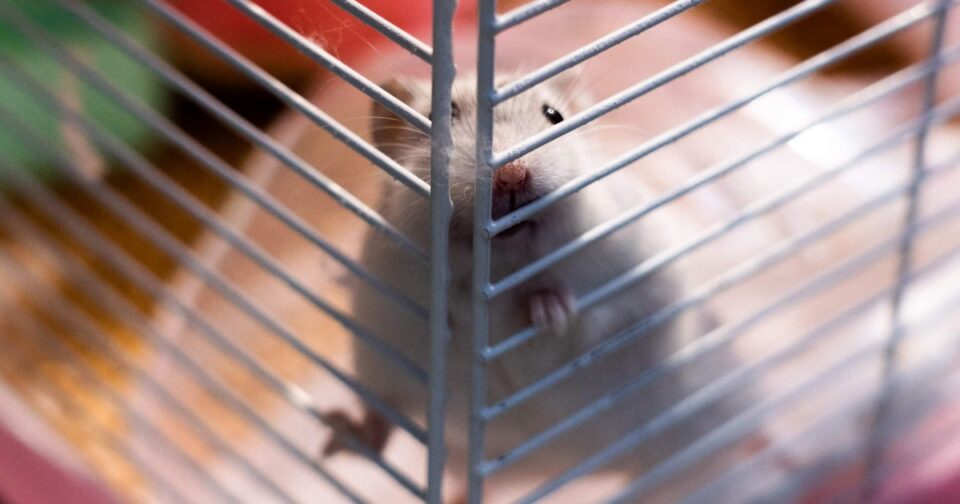 HONG KONG — In their relentless drive to eliminate the coronavirus, authorities in China and Hong Kong have zeroed in on new targets: international mail and hamsters.

Faced with persistent outbreaks that have threatened to undermine Beijing’s strict Covid-19 strategy and overshadow next month’s Winter Olympics, officials turned to new measures this week that have drawn doubts and dismay from local residents and experts alike.

Residents in Beijing and other cities have been urged to beware of items sent from abroad, after officials said the capital’s first case of the more transmissible omicron variant may have arrived via a parcel from Canada. The State Post Bureau also said it had ordered stronger measures to disinfect items mailed from overseas.

Meanwhile, an estimated 2,000 hamsters and other small animals are being culled in Hong Kong over what officials say may be the Chinese territory’s first case of animal-to-human transmission, drawing outrage from pet owners and animal welfare groups.

The moves come despite doubts among health experts that the virus can be transmitted via packaging. The World Health Organization has said coronaviruses “need a live animal or human host to multiply and survive and cannot multiply on the surface of food packages.” There is also little scientific evidence of animal-to-human transmission, with the Centers for Disease Control and Prevention describing the risk of animals infecting humans with Covid as “low.”

Three people with ties to the Little Boss pet shop have been confirmed to have infections of the delta variant, Hong Kong’s first such cases in three months. Officials say they believe the three people — an employee, a customer and the customer’s husband — may have been infected by imported hamsters at the shop, 11 of which have returned preliminary positive tests.

The Agriculture, Fisheries and Conservation Department said it did not have the resources to isolate the animals or test them repeatedly, and that “humane dispatch of all hamsters involved is a safe and feasible way to control the epidemic.”

Officials have ordered all pet stores in Hong Kong to stop selling hamsters and suspended imports of small animals in general. They also encouraged the public to surrender any hamsters bought at local pet shops on or after Dec. 22, when the first of two recent shipments from the Netherlands arrived in Hong Kong.

In a statement, the department said that as of Wednesday evening it had destroyed 69 hamsters, 21 rabbits and seven chinchillas at the Little Boss pet shop, and an additional 861 hamsters, 138 rabbits, 81 guinea pigs, 31 chinchillas and three white mice at its warehouse. Hamsters at other pet shops are expected to be culled within the week. The department also said more than 60 hamsters had been surrendered at its management center.

The move is a consequence of the territory’s unbending Covid approach, said Dr. Nikolaus Osterrieder, dean of the college of veterinary medicine and life sciences at the City University of Hong Kong.

“You cannot afford anything,” he said, “so I don’t think there was any choice but to try to contain this outbreak in hamsters.”

Hong Kong and mainland China are among the only places in the world still pursuing a “zero-Covid” strategy, enacting strict policies to ensure there are as few cases as possible. China has largely avoided major outbreaks, but continues to fight surges in several cities and is on high alert ahead of the start of the Beijing Winter Olympics in less than three weeks.

Organizers announced Monday that tickets will not be sold to the general public, with only “selected” spectators permitted at the events. Around 20 million people in three cities are currently under lockdown.

Throughout the pandemic, Chinese officials have blamed imported goods for virus transmission as they suggest that the virus may have originated outside the country before being first detected in the city of Wuhan in late 2019.

This week, state media turned its focus to packages from abroad, with postal workers now asked to wear protective equipment and disinfect international mail. Meanwhile, more than 1,000 people were recently ordered to quarantine at home in Zhejiang province after they came in contact with Vietnamese dragon fruit that was suspected of being contaminated.

But Hong Kong’s hamster cull has drawn particular scorn, with one online petition that opposes it receiving more than 33,000 signatures by Thursday afternoon.

The local Society for the Prevention of Cruelty to Animals said it was “shocked and concerned” by the government’s announcement on Tuesday, which it said “did not take animal welfare and the human-animal bond into consideration.”

“For us, I think the policy was a bit rushed and not well planned,” said El Chan, founder of the Society for Abandoned Animals.

Chan said the sudden announcement had caught pet owners unprepared and that some members of the public were “frightened.”

Hamsters are widely used around the world as a model for Covid in humans. They are highly susceptible to the disease and shed lots of virus, raising the prospect of animal-to-human transmission, said Dr. Richard Bowen, who studies zoonotic diseases at Colorado State University.

“A room full of infected hamsters would pose a risk of infection to people entering that room,” said Bowen, whose work involves testing Covid drugs and vaccines in the animals.

But hamsters kept in smaller numbers at home are unlikely to produce enough virus to infect household members, particularly if they’re vaccinated, Osterrieder said. It’s also difficult to identify an infected hamster without testing, since they exhibit few symptoms.

“They are quiet and they’re a little depressed and lose some weight for a few days, but they’re good,” he said.

The territory is not the only place authorities have taken extreme measures against animals to curb the spread of the pandemic. In late 2020, Denmark culled 17 million minks after a new mutation of the coronavirus was discovered on its mink farms.

While experts stressed that pets were unlikely to infect their owners, there has been some evidence that owners can infect pets.

But while experts have said the coronavirus most likely jumped from animals to humans in the first place, it has become a deadly global pandemic because the virus spreads so easily between people.

Hong Kong, a densely populated city of 7.4 million people, is vulnerable to an outbreak because the public has been slow to get vaccinated. Just over 70 percent of the eligible population is fully inoculated, one of the lowest rates among the world’s developed economies.

Dr. Yuen Kwok-yung, head of the Department of Microbiology at the University of Hong Kong and a government adviser, told a local radio program Wednesday that the hamster cull was a “difficult decision” and that officials understand that “lots of people have affection for their pets.”

“But at the same time we need to think, this decision would have been completely unnecessary if everyone in Hong Kong got vaccinated.”

The Associated Press contributed to this report.

‘We are 100 percent behind his re-election’: GOP prepares to go all in for Ron Johnson

The Apple Watch Black Friday deal is a good one