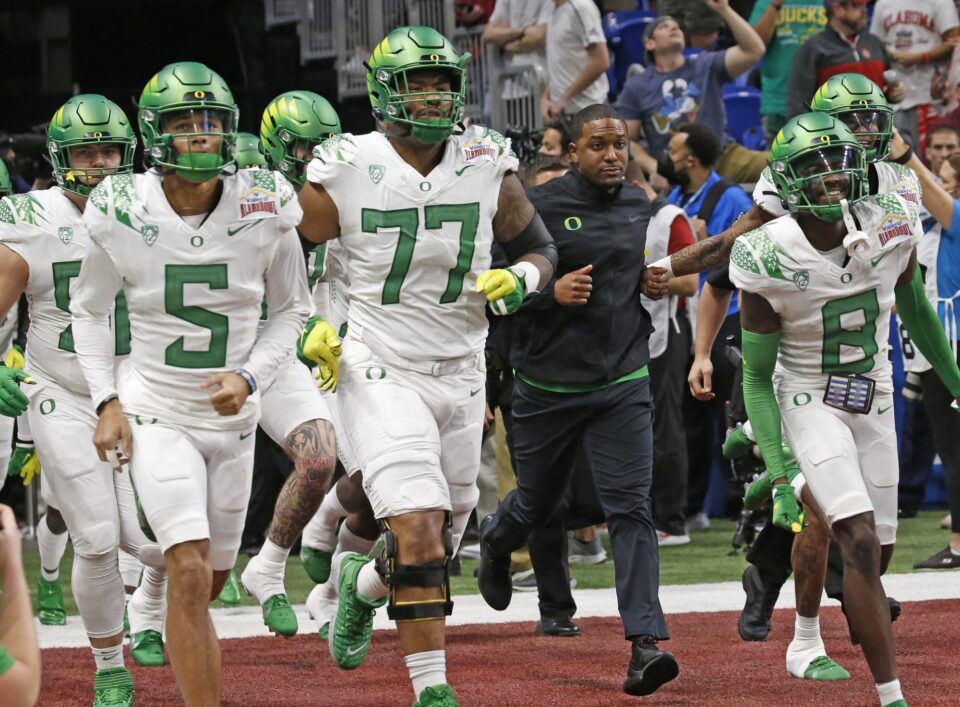 Dan Lanning just helped the Georgia Bulldogs win a national championship. What can he do with the Oregon football program in his first year?

The Oregon Ducks just picked up a guy who helped win a national title. After losing out on Mario Cristobal, the Ducks went out and hired Dan Lanning away from the Georgia Bulldogs. Oregon is trying to be a national contender and compete for championships. Cristobal didn’t exactly do that. But what can Duck fans expect from Lanning?

How will Lanning’s first season with Oregon pan out?

Lanning’s first season in Eugene should turn out to be a pretty good one. While the Ducks will be working on figuring out a few things about themselves and trying to move on past Mario Cristobal, there’s no reason why they shouldn’t be able to navigate a schedule such as this one.

Most of Oregon’s toughest games happen to be in Eugene, which will make this season much more manageable.

Opening up against the Georgia Bulldogs in Atlanta will be a remarkably tough test for the Ducks. Given how good Georgia is and the way Bulldog fans will flock to that game, don’t expect the Ducks to have a great time there. Of course, Georgia is losing a good bit, so maybe Lanning will be able to find a way to make an improbable upset happen.

But after that, it gets a bit easier for a while.

The Ducks should be able to handle Eastern Washington given the talent differential between the two teams. The BYU Cougars will present an interesting challenge and Oregon will need to take it seriously, but that’s a very winnable game for the Ducks.

Assuming Oregon takes care of business properly, they should be able to beat the Stanford Cardinal, Arizona Wildcats, UCLA Bruins, Cal Golden Bears, Colorado Buffaloes, and Washington Huskies, building up steam (and hype) along the way. UCLA could prove to be the trickiest of the bunch, but that matchup is a home game for the Ducks. Expect Autzen Stadium to be packed for Chip Kelly returning to a program he helped guide a few years back.

Now, the Utah Utes have had Oregon’s number as of late. This game is the perfect opportunity for Oregon to get some revenge. It’s also a good time for Utah to spoil a Oregon’s season once more. It’ll be fascinating to see what happens.

The Ducks should be able to close out the season with a rivalry win over the Oregon State Beavers, but rivalry games can be unpredictable. Expect Oregon to win, but the Beavers will want to cause a bit of chaos. We’ll see how that unfolds.