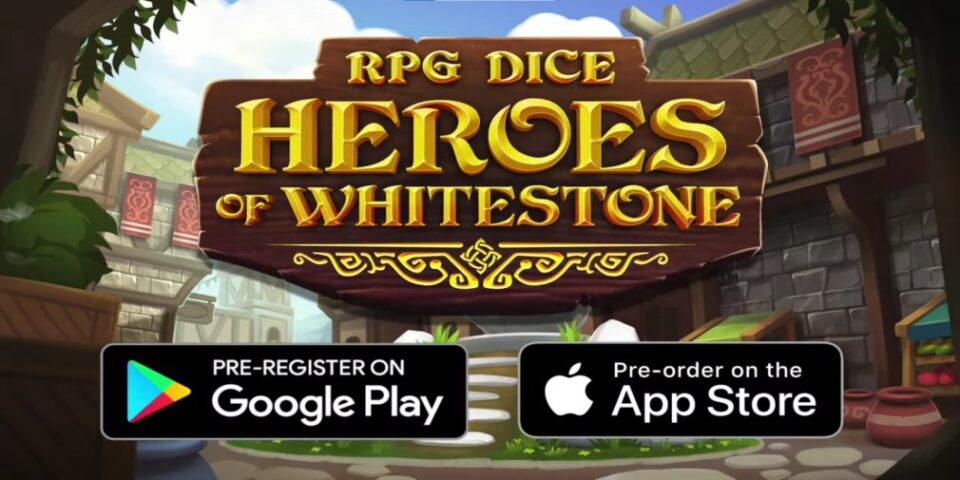 WIMO games has just announced the launch of their tabletop-inspired character battler called RPG Dice: Heroes of Whitestone. This also marks the debut of WIMO Games, a team led by former vice presidents and other veterans of the gaming industry from EA, GREE, Zynga, and KingsIsle Entertainment.

RPG Dice: Heroes of Whitestone will see players embark on a journey through dark dungeons, unforgiving terrain, and the mysterious regions of Whitestone. Over the course of the game, players must roll dice to progress through 10 different campaigns. Landing on different tiles leads to different scenarios. Fight enemies, upgrade weapons at the blacksmith, and unlock quests while traversing through this vast world.

Describing the creation of the game, Dave Rosen, CEO of WIMO Games, said: “Making RPG Dice: Heroes of Whitestone was a dream come true for us to pay homage to the tabletop roleplaying games we love with many of the great collaborative features mobile gaming enables. We’re proud of our first worldwide release and excited to grow the world of Whitestone and make even more games in the future.”

The evil Twilight Empire has been oppressing the folks of Whitestone by constantly sending its army of shadowy orcs, goblins, and elves who have destroyed this once peaceful land. Whitestone desperately needs support, whether it is a paid mercenary, a noble knight, human, or orc, everyone must band together to save their home.

Players must create a team of five formidable heroes who will partake in turn-based combat, where the dice is of utmost importance. Each roll of the dice will determine the effect of the attack and the abilities available to use. With over 60 heroes to choose from, diverse teams can be created featuring steadfast paladins and powerful minotaurs. Players can engage in PvP battles to test their crew out and also achieve a position in the rank position system to gain numerous rewards. Warriors can also team up to form guilds and fight raid bosses at the Ziggurat, a place crawling with the toughest enemies.

Help beat the Twilight Empire by downloading RPG Dice: Heroes of Whitestone for free on the App Store and Google Play.

Also, check out the top RPGs to play on mobile!