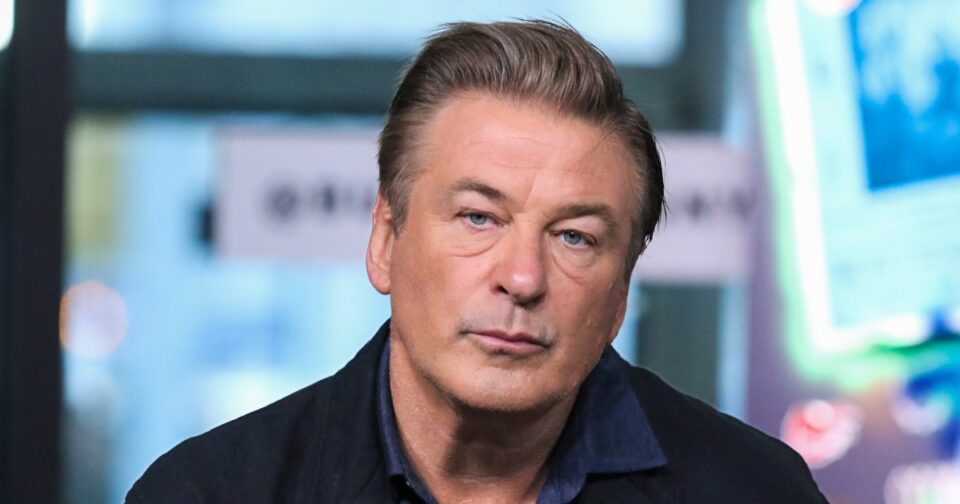 Family members of a Marine killed in Afghanistan filed a $25 million defamation lawsuit against Alec Baldwin, accusing the actor of calling them insurrectionists after learning one of them was in Washington, D.C., during the Jan. 6, 2021, riot.

Lance Cpl. Rylee J. McCollum was among 13 service members who were assisting Afghan refugees when they were killed in a suicide bomb attack Aug. 26 at the Kabul airport.

Baldwin donated $5,000 to McCollum’s wife, according to the suit filed Monday in the U.S. District Court for the District of Wyoming.

But that generosity allegedly turned when Baldwin found out earlier this month that the Marine’s sister, Roice McCollum, is a supporter of former President Donald Trump.

Just two weeks ago, she posted an Instagram picture of herself in front of the Washington Monument on Jan. 6 last year, wearing a “Make America Great Again” baseball cap.

That’s when, according to the lawsuit, Baldwin wrote under the image, “Are you the same woman that I sent the $ to for your sister’s husband who was killed during the Afghanistan exit?”

Roice McCollum confirmed to Baldwin that she’s the Marine’s sister, allegedly prompting the actor to erupt at her in private Instagram messages.

“When I sent you the $ for your late brother, out of a real respect for his service to our country, I didn’t know you were a January 6th rioter,” Baldwin allegedly wrote in messages saved by the plaintiff, according to the lawsuit.

Roice McCollum said she never entered the Capitol, was interviewed by the FBI and cleared of any wrongdoing.

“She was never detained, arrested, accused of or charged with any crime,” the lawsuit said. There are no records of a person named Roice McCollum arrested in connection to the Jan. 6 assault.

According to the suit, she explained this to Baldwin in a private message and told him to “have a nice day!”

But Baldwin wasn’t satisfied with that explanation and lumped her in with Capitol rioters, allegedly saying they’re responsible for “the unlawful destruction of government property, the death of a law enforcement officer, an assault on the certification of the presidential election.”

“I reposted your photo,” Baldwin wrote, according to screen captures of the private conversation that were included in the lawsuit. “Good luck.”

The family accused Baldwin of posting that image of Roice McCollum in front of the Washington Monument for one day before taking it down.

Within minutes of Baldwin’s alleged posting, Roice McCollum said, she was flooded with “hundreds of hateful messages,” according to the lawsuit. One of the alleged messages read, “Get raped and die … Your brother got what he deserved.”

Baldwin acknowledged the online vitriol in a post to Roice McCollum, according to the lawsuit.

“There are hateful things toward you that are wrong,” the actor allegedly wrote in a screen-captured posting. “Irony was my point. The irony of sincerely wanting to honor your brother and the fact you are an insurrectionist.”

However, when supporters of Roice McCollum criticized Baldwin for regretting his donation, the actor stood firm.

“I gratefully supported the gofundme campaign while simultaneously not knowing the woman I approached is an insurrectionist,” Baldwin allegedly commented under the picture of Roice McCollum. “I think that’s…remarkable.”

A representative for Baldwin could not be immediately reached for comment Thursday.

The suit, which accuses Baldwin of “defamation by implication, negligence, gross negligence, and intentional infliction of emotional distress,” was filed on behalf of the Marine’s sister, his wife, Jiennah McCollum, and another sister, Cheyenne McCollum.

“The social media onslaught of hatred and bile that ensued was entirely foreseeable to Baldwin,” the lawsuit said, “and any reasonably careful person under similar or the same circumstances as Baldwin would have anticipated the mental anguish and suffering and the physical manifestation of that mental pain that would result in his conduct.”

In recent weeks, Baldwin had been keeping a relatively low profile in the wake of an accidental, deadly shooting on the “Rust” movie set in October.