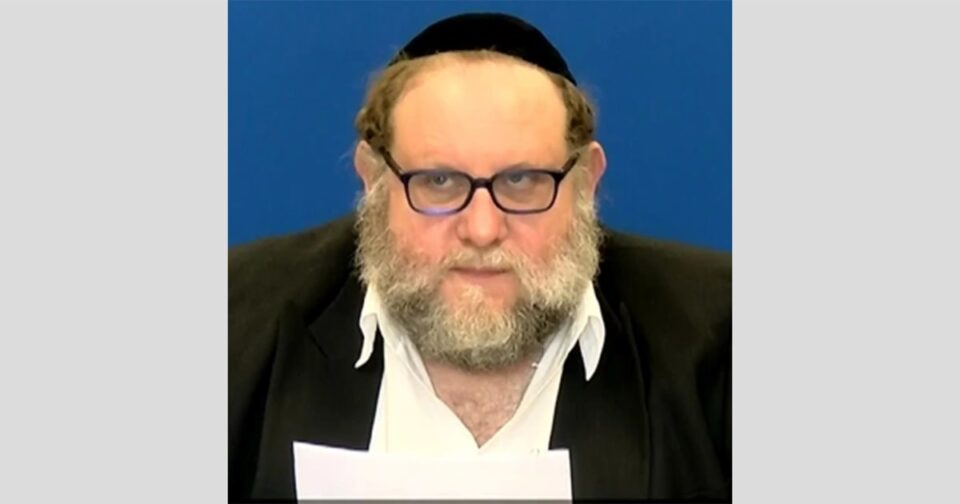 The former owner of a national nursing home chain that collapsed amid widespread allegations of neglect and mismanagement revealed in an NBC News investigation now faces 22 federal charges of labor violations and failure to pay federal taxes.

Joseph Schwartz was arrested at his home in Rockland County, N.Y., say two law enforcement officials, and appeared at a hearing in Newark, N.J., on Thursday afternoon. Schwartz’s lawyer Robert Fedor did not immediately respond to a request for comment.

The indictment that was sought by the top federal prosecutor in New Jersey, U.S. Attorney Philip Sellinger, charges that Schwartz, former owner of Skyline Healthcare, failed to pay employment and unemployment taxes for the 15,000 employees he had at 95 facilities across 11 states.

Schwartz already faces 10 state felony charges in Arkansas for tax and Medicaid fraud and civil suits in Nebraska and other states.

At one time, Schwartz oversaw the care of more than 7,000 older Americans through his company, Skyline Healthcare, which at its peak owned or ran more than 100 facilities in 11 states. With a handful of staff members, Schwartz managed them from a tiny office over a New Jersey pizzeria.

From 2017 to 2019, the chain crumbled, and more than a dozen Skyline-operated nursing homes shut their doors, throwing residents, vendors, employees and state regulators into chaos, according to court filings, state officials and former employees.

Arkansas Attorney General Leslie Rutledge alleged that as it declined, the company did not just fail to pay bills but also committed fraud.

“I will not sit idly by while anyone defrauds the State and Federal government out of millions of dollars to line their own pockets,” Rutledge said. “It’s important for Arkansans to know if they suspect Medicaid fraud, they should immediately contact my office.”

Rutledge alleged Schwartz made false statements in Skyline’s monthly Medicaid cost reports to the state, causing the state to overpay the companies controlled by Schwartz by more than $3 million, a person close to the investigation said.

Schwartz’s attorney in Arkansas, Bill James, said the former nursing home executive would aggressively fight the charges and plans to plead not guilty. “I have not heard or seen anything to believe these allegations are true,” James said.

Nebraska’s lawsuit alleges that Schwartz and his wife Rosie, who also signed state licensure documents for 22 nursing homes in the state, falsely represented the cost of running the nursing homes to the state, causing the state to pay them “inflated rates,” resulting in more than $59 million in damages to Nebraska Medicaid.

The lawsuit also references an expert who researched Skyline’s management structure and “expressed astonishment that such a skeletal organizational structure would undertake the acquisition of over one hundred (100) facilities across the United States.”

The company left a wake of documented cases of extreme neglect. In Arkansas, maggots were found in a resident’s catheter, according to documents from the state attorney general.

In a deposition from September, which was in relation to a wrongful death suit filed last year in Arkansas on behalf of a resident named Lois Rack, Schwartz insisted that Skyline delivered high-caliber long-term care. An attorney for the plaintiffs, Blake Fromang, asked him, “Did you monitor the quality of care your facilities were providing?” He responded, “I did not monitor but I did make [staff] aware that that is what I want.”

Fromang also asked, “Did you have a system in place to make sure [residents] were getting quality care?” Schwartz responded, “I’m sure.” Fromang followed up, “Do you remember what it was?” Schwartz answered, “No.”

Despite the well-documented implosion of Skyline, Schwartz continues to own at least four nursing homes, according to federal ownership records. Schwartz also confirmed in a sworn August deposition that even after he sold the facilities he owned in Arkansas, he had a profit-sharing agreement that allowed him to continue to earn money from them. A month later, when he was asked about the profit-sharing arrangement, Schwartz said he is using the profits to pay off debts, not for his personal gain.

Schwartz’s son Louis Schwartz, a former vice president of Skyline, also continues to own nursing homes, such as the facility in Andover, N.J., once known as Andover Subacute II, which has been renamed Woodland Behavioral and Nursing Center.

Nineteen months ago, 17 bodies were discovered stuffed into a tiny morgue at Andover Subacute II during the early stages of the Covid pandemic, police said.

The facility is now part of a state attorney general’s investigation into “facilities with high numbers of Covid-related deaths and below-average track records for health inspections, staffing, and quality of care.”

In a statement, the owners of Woodland Behavioral said, “The COVID-19 pandemic brought unprecedented challenges, and our heroic staff faced those challenges as best as they could. We continue to thank them for everything they did (and continue to do) to protect our residents.”

NFL Divisional Round game picks: 49ers over Packers among three upsets this weekend