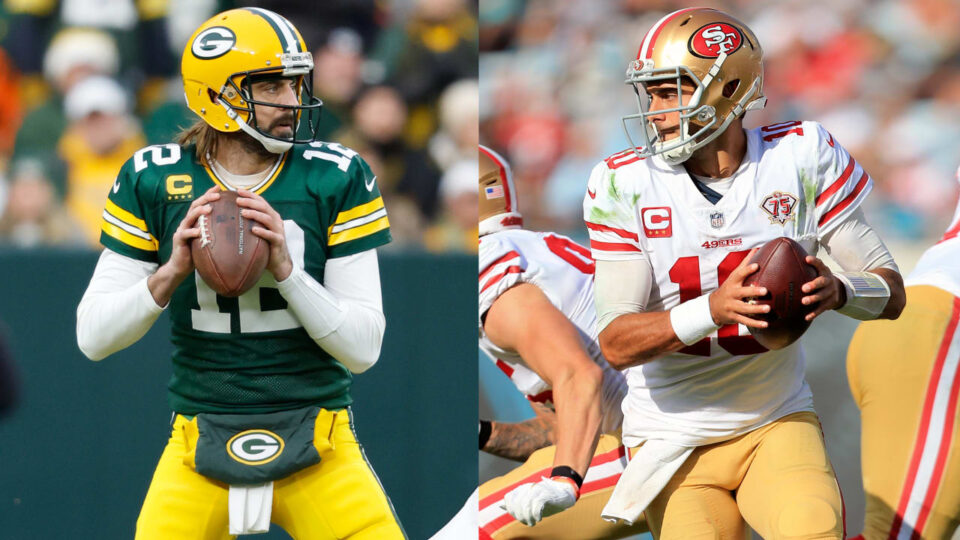 The lines below provided by Caesars are current as of 2 p.m. ET on Thursday, Jan. 20 unless otherwise noted below.

WHERE: Nissan Stadium (Nashville, Tenn.)WHEN: 4:30 p.m. ET | CBS, Paramount+SPREAD: Titans -3.5 | O/U: 47.5I love watching Joe Burrow play football. He’s capable of taking over against any defense, including a Titans group that hasn’t played a top-10 quarterback in a couple months and just two weeks ago allowed Davis Mills to come back on them. But I worry about almost everything beyond the Bengals’ skill-position talent in this matchup.

Tennessee is bigger, stronger and deeper along both lines. It’s going to be difficult for Joe Mixon to run, while Jeffery Simmons and Denico Autry will create interior pressure against Cincinnati’s leaky offensive line as soon as Burrow takes the snap. And while Trey Hendrickson will play on Saturday, I don’t trust the Bengals’ rush defense to hold up for four quarters while the Titans are leaning on them.

Being worse in the trenches is a big mountain to climb when the coaching matchup favors the Titans, too. I trust Mike Vrabel and Co. to stay one step ahead because they’ve been in the playoffs before and they know running the same old game plan won’t work. They’ll have something special for this week, and I’m not as confident Zac Taylor can adjust. Burrow and Ja’Marr Chase are great enough to possibly overcome it all, but that’s asking too much of such young players.

WHERE: Lambeau Field (Green Bay, Wis.)WHEN: 8:15 p.m. ET | FOX, FOX DeportesSPREAD: 49ers +6 | O/U: 47I love the 49ers +6. They have won back-to-back road games to keep their season alive against two incredibly talented opponents. The Niners’ running game matches up well against a Packers defense that has been quietly mediocre for a while. Green Bay finished 30th in rush defense EPA, a problematic trend that didn’t improve over the course of the season. They last played a meaningful game three weeks ago against Sean Mannion. They last played a team that finished with a winning record in November. Green Bay’s starters were trailing at halftime against the Lions in Week 18, a start in line with games down the stretch against the Bears, Ravens and Browns.

Maybe none of that matters. Maybe Aaron Rodgers’ incoming MVP award was for managing a team with an uncanny ability to do enough to win. Green Bay’s last-second victory in San Francisco back in Week 3 was typical of a Packers season that included five wins by three points or less.

I expect this game to be a challenge for both offenses. The Packers have the playmakers up front to force Jimmy G into game-changing mistakes that render all of the above moot, so I don’t feel particularly confident in the 49ers winning outright. But I do love the Niners to keep it close because of a peaking defensive line that is winning consistently with four rushers, so I may as well go all the way.

WHERE: Raymond James Stadium (Tampa, Fla.)WHEN: 3 p.m. ET | NBC, Peacock, UniversoSPREAD: Rams +3 | O/U: 48Tom Brady has played nearly an entire season’s worth of conference championship games (14). Even in its recently diminished state, Tampa Bay’s roster is a lot more talented than many of those former Brady-led squads. The Buccaneers have handled the weight of being defending champs with aplomb and knocked out the Eagles quickly last week. They just might have the wrong injuries and the wrong opponent at the wrong time.

Right tackle Tristan Wirfs’ and center Ryan Jensen’s respective ankle injuries are the great unknowns here. Both are missing practice. And while Jensen finished the Eagles game, he wasn’t himself.

As a result, Brady did not have much time to operate against Philadelphia, taking four sacks — twice the number of his three previous games combined — despite getting rid of the ball more quickly than he did all season.

Aaron Donald is a force multiplier. When Donald, Von Miller, Leonard Floyd, A’Shawn Robinson and Greg Gaines are all on the field together — most downs these days — they can suffocate a passing game. Brady can live with losses at receiver; he’s still got Gronk and Mike Evans, after all. But it will be hard to live without time in the pocket again, and I don’t think he’ll have it come Sunday.

WHERE: GEHA Field at Arrowhead Stadium (Kansas City, Mo.)WHEN: 6:30 p.m. ET | CBS, Paramount+SPREAD: Bills +1.5 | O/U: 53.5Josh Allen and Patrick Mahomes were uneven for stretches during the regular season, but both settled into their best play as the postseason approached, as if this time of year, this game, is all that mattered. It just came a week earlier than expected.

It almost felt too on the nose when Mahomes and Allen had dueling 40-burgers in wild-card wins over the AFC powers of olden times. Tyreek Hill is healthy. Jerick McKinnon could make Clyde Edwards-Helaire unnecessary behind a diverse offensive line that can win with slow drives if necessary.

I see Allen’s legs and the Bills’ defensive consistency as the biggest separators. Allen had early designed runs against Kansas City in Week 5 and was decisive in making the Chiefs pay for their man-to-man defense. Allen led the league in yards per carry, replacing Lamar Jackson as the NFL’s most devastating runner at quarterback. Devin Singletary is playing the best ball of his pro career alongside Allen.

The Bills’ combination of offensive diversity and the reliability of a veteran pass defense whose safeties rarely get beat deep gives them the slimmest of margins here. No matter who comes out on top, I favor the winner of this game to win the Super Bowl. I happen to think it will be a Bills team whose time has come.