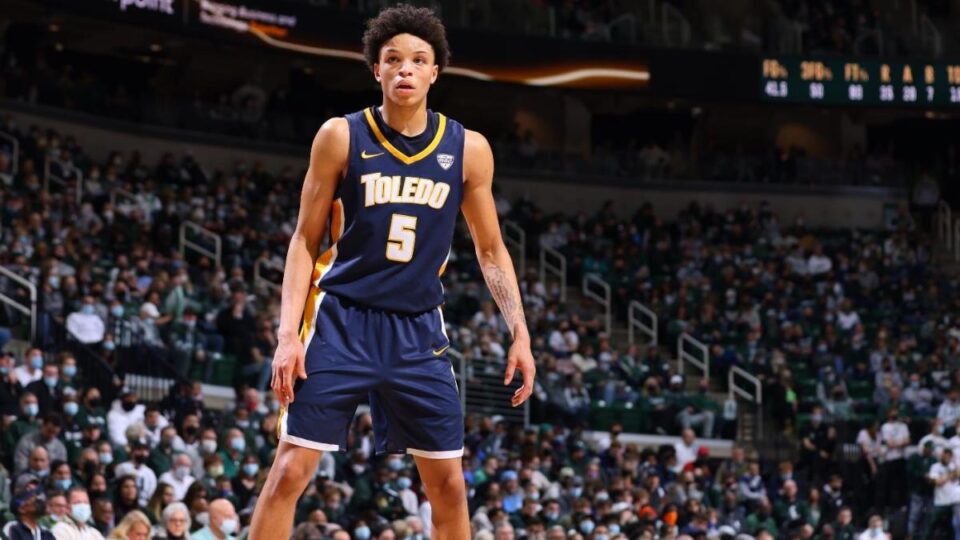 First place in the Mid-American Conference is at stake when the Toledo Rockets square off with the Ohio Bobcats in a key matchup on Friday night. The Rockets (14-4, 6-1), second in the MAC, have won five in a row, including an 83-70 win over Ball State on Tuesday. The Bobcats (14-2, 5-0), first in the league, have won nine straight, including an 86-63 win at Miami (Ohio) on Tuesday. The winning streak is the fifth-longest in program history. Ohio leads the all-time series 72-62, but Toledo has won eight of the last 11 regular-season matchups.

Tipoff from the Convocation Center in Athens, Ohio, is set for 6 p.m. ET on CBS Sports Network. The Bobcats are four-point favorites in the latest Toledo vs. Ohio odds from Caesars Sportsbook, while the over-under for total points scored is set at 146.5. Before making any Ohio vs. Toledo picks, make sure you check out the college basketball predictions and betting advice from the SportsLine Projection Model.

The SportsLine Projection Model simulates every Division I college basketball game 10,000 times. Over the past five-plus years, the proprietary computer model has generated an impressive profit of over $2,400 for $100 players on its top-rated college basketball picks against the spread. Anyone who has followed it has seen huge returns.

Now, the model has set its sights on Toledo vs. Ohio, and just locked in its picks and CBB predictions. You can visit SportsLine now to see the model’s picks. Here are the college basketball odds and betting lines for Toledo vs. Ohio:

Why Ohio can cover The Bobcats are led by sophomore guard Mark Sears, who is averaging 19.5 points, 4.9 rebounds, 3.8 assists and 1.8 steals per game. He is connecting on 47.9 percent of his field goals, including a blistering 42.9 percent from three-point range, and 91.6 percent of his free throws. Sears has reached double-figure scoring in all 16 games, including a 17-point effort in Tuesday’s win over Miami (Ohio). His best game was a 33-point and eight-rebound performance in an 85-70 win over South Carolina Upstate on Dec. 21.

Senior forward Jason Carter has also been red hot, reaching double-figure scoring in 14 consecutive games and 15 on the season. He has registered a pair of double-doubles, including a 20-point and 10-rebound game against Belmont in the season-opening 92-80 triumph on Nov. 9. He scored 22 points and pulled down eight rebounds in a key 85-78 win over Bowling Green last week. For the season, Carter is averaging 14.4 points, 7.1 rebounds, 1.6 assists, 1.3 steals and 1.2 blocks.

Why Toledo can coverThe Rockets have four players averaging in double figures, led by sophomore guard Ryan Rollins. Rollins scored a career-high 35 points vs. Coastal Carolina on Nov. 24 and ranks second in the conference with 19.3 points per game and 1.9 steals. He was the 2020-21 MAC Freshman of the Year and earned honorable mention all-conference. In two games against Ohio last season, Rollins averaged 10.5 points and 4.5 assists per game. Rollins has shot 50 percent or better in four consecutive games and is shooting 52.6 percent from the floor during this stretch. He has scored in double figures in 42 of 48 career games.

Junior forward J.T. Shumate, who averages 15.4 points per game, leads the team with 6.8 rebounds and 56.3 percent shooting from the floor, including 52.1 percent from 3-point range. His eight-game streak of shooting 50 percent or better from three-point range came to an end in Tuesday’s win over Ball State when he went 1-for-5 from beyond the arc. He has scored in double digits in all but one game this season. Against the Bobcats in 2020-21, Shumate averaged 11.5 points and 4.5 rebounds.

How to make Toledo vs. Ohio picksSportsLine’s model is leaning over on the point total. It has also generated an against-the-spread pick that cashes in 60 percent of simulations. You can only get the model’s Ohio vs. Toledo pick at SportsLine.

NFL Divisional Round game picks: 49ers over Packers among three upsets this weekend