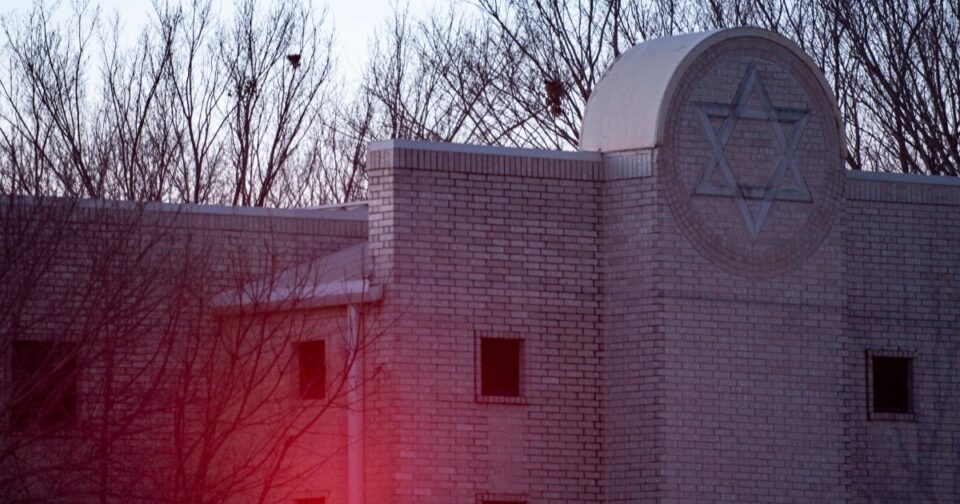 In the wake of a deadly standoff at a Texas synagogue, the Torah’s requirement that Jews must open their doors to those in need has run headlong into the need to protect a sacred space from dangerous intruders.

And at synagogues across the country, rabbis and other leaders told NBC News they have been wrestling with that ethical dilemma.

“There’s no easy answer,” said Benny Rogosnitzky, who is the cantor at the Park East Synagogue in New York City and deeply involved in conversations about securing the historic site. “At the end of the day, we’re a house of God, and in a house of God everyone can worship.”

But it’s not safe to let just anybody inside, he added.

That was the case even before Saturday when Rabbi Charlie Cytron-Walker allowed a seemingly homeless man into Congregation Beth Israel outside Fort Worth and the British citizen wound up taking hostages, holding them for 11 hours before they escaped.

“Inevitably, when a guest comes today, we’re asking them a lot more questions than we were yesterday, trying to ascertain what is their connection,” Rogosnitzky said. “Is this the first time they’ve been to the synagogue? Do they know about Jewish traditions? While that keeps us safe practically, it’s a sign of the times.”

It’s something that has to be done, he said, for both the physical and the spiritual health of the congregation.

Joel Mosbacher, the senior rabbi at Temple Shaaray Tefila, which is also in New York City, said they have had no choice but to reassess their security and ratchet up their cautiousness since the standoff in Texas.

“None of us got into being rabbis or cantors of Jewish professionals so that we could stand behind double-locked doors with layers of security,” he said. “I became a clergyperson so that I could open the door to someone who was cold and let them in and make them a cup of tea.”

The Temple, which is the oldest Jewish congregation in Atlanta, was a hub of activism during the civil rights movement and was bombed in 1958 by white supremacists who called themselves the “Confederate Underground.”

So for Peter Berg, senior rabbi at The Temple, security has long been a sad fact of life.

“We take security very seriously,” he said. “We are a congregation that looks at two values: one is hospitality, the other is security.”

That said, Berg added, “We are always looking at the fine balance between welcoming the stranger and security. We don’t believe those values are mutually exclusive.”

He declined to go into detail about what kind of security measures they take, but said they would not be deterred by the hatred.

“The world is filled with so much hatred and so much antisemitism,” Berg said. “Our obligation is to pick ourselves up and lead a full Jewish life and make sure it continues to thrive despite the haters all around us. ”

In a webinar hosted by the Anti-Defamation League, FBI Director Christopher Wray said Thursday what happened in Texas “was terrifying for the entire Jewish community.”

Malik Faisal Akram, the 44-year-old British citizen who conned his way inside Congregation Beth Israel and took Cytron-Walker and three members of his congregation hostage, targeted the house of worship precisely because it is a synagogue, Wray said.

“He thought Jews ran the world,” Cytron-Walker, who also took part in the webinar, said. “He thought America would do more to save Jews than anybody else.”

During the standoff, Akram demanded the release of Aafia Siddiqui, a federal prisoner being held in north Texas after being convicted in 2010 of attempting to kill American soldiers in Afghanistan.

Cytron-Walker tossed a chair at the gunman, enabling himself and the other hostages to escape. Akram was fatally shot by the FBI Hostage Rescue Team, according to a senior law enforcement official.

Antisemitism has been on the rise in recent years, Wray and Jewish leaders agree. And this is reflected in how the Nonprofit Security Grant Program, a pool of money administered by the Federal Emergency Management Agency, has grown.

Funding for the grants, which synagogues, other houses of worship and nonprofit groups can tap to pay for security needs including guards, cameras and fences, has climbed from $20 million in 2016 to $180 million last year, according to FEMA.

The Congregation Beth Israel synagogue in Colleyville, Texas, received a $100,000 grant, which is the maximum allowed, in 2020 to pay for, among other things, security guards, new lighting and cameras, as well as fencing and a new entry gate, a FEMA spokesman said.

But even with all that new security, Akram was able to get inside the synagogue by spinning a convincing story.

“There were no red flags,” Cytron-Walker said during the webinar. “I opened the door and let him in. I made him tea. He was calm, he was appreciative, he was able to look me in the eye.”

The rabbi said it was only when Akram suddenly claimed to have a bomb that he realized they were in trouble.

“No matter how good the security is, this kind of thing can still happen,” Cytron-Walker said.

Ed Feinstein, the senior rabbi at Valley Beth Shalom in Encino, California, said he can relate.

“I have to do that because I am responsible for those young people and the teachers who come to care for them,” he said. “But at the same time, I don’t want this to be a forbidding place, a place that doesn’t welcome. How do I do it? I do it with a broken heart.”

The M&Ms are getting a new look to become more ‘inclusive’. People jokingly think they should be hotter.