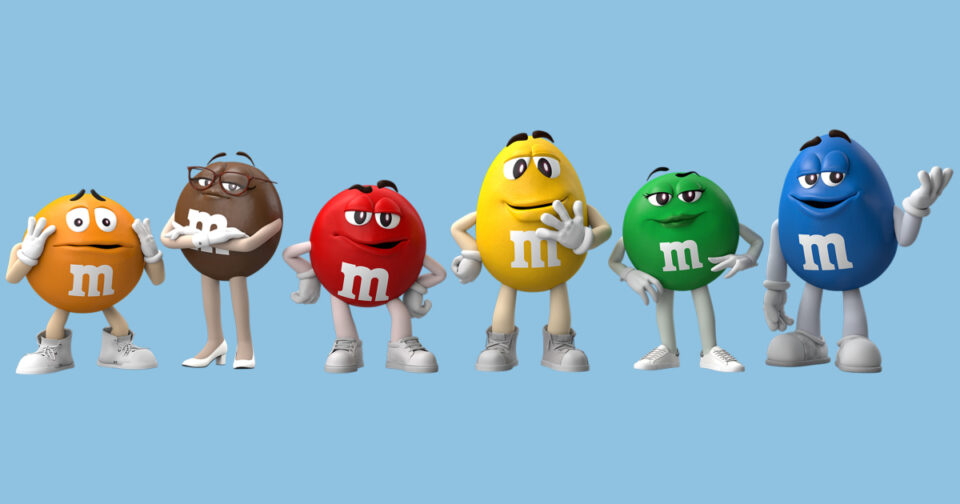 A makeover for the beloved M&M’s characters has prompted many on social media to call for the return of the previous, more classic “hot” M&Ms.

M&M’s parent company, Mars Inc., announced Thursday that the anthropomorphized candy characters will have “more nuanced personalities to underscore the importance of self-expression and power of community through storytelling.”

That means giving the M&M’s arms and legs that match their shell colors, instead of the tan flesh tone the previous version had. The two female characters will wear less stereotypically feminine attire now, as well — the brown M&M’s heels have been lowered to sensible pumps, and in lieu of her signature go-go boots, the green M&M now sports a pair of “cool, laid-back sneakers to reflect her effortless confidence.”

The company said the new look is part of its “global commitment to creating a world where everyone feels they belong and society is inclusive.”

The changes ignited conversation among fans of the candy, many of whom demanded that the M&M’s revert to their signature styles.

“I am a single issue voter and my issue: KEEP THE GREEN M&M A HOT SEXY LADY,” a Twitter user wrote in response to the green M&M’s new vibe.

“re-yassify the M&Ms immediately,” wrote another, referring to the popular 2021 meme that means to beautify something, typically something that is unappealing or heteronormative.

The new M&M’s: ‘throwing shine and not shade’

The two female characters will also have a more friendly relationship, instead of the catty one they’ve displayed in M&M’s ads, and they are now “together throwing shine and not shade.”

The red M&M will be nicer to the rest of the gang, and the orange one will “embrace his true self, worries and all,” now that he can “acknowledge his anxiety.”

The M&M’s names will be less gendered, as well, as Mars is forgoing prefixes like “Ms.” and “Mr.” to focus on “their personalities, rather than their gender.”

Online, people joked that the character developments are arbitrary changes in the name of representation. Some questioned why an anthropomorphized candy struggles with his mental health.

“finally an M&M with mental health struggles,” a person tweeted with an image of the orange M&M.

“Orange will acknowledge his anxiety,” read the text of a tweeted meme featuring Don Draper of “Mad Men.”

Some also took issue with the green M&M’s new shoes.

“100% here for a sneakerhead m&m we are an oppressed community that deserves representation,” a Twitter user wrote.

Others simply poked fun at the entire announcement.

“The green M&M, newly liberated from her white boots, lets loose,” a user wrote, poking fun as if the news were in an NPR report. “She talks social reproduction theory, how patriarchy and capitalism violently reinforce each other, and what a sexy lady M&M says about gender as a construct.”