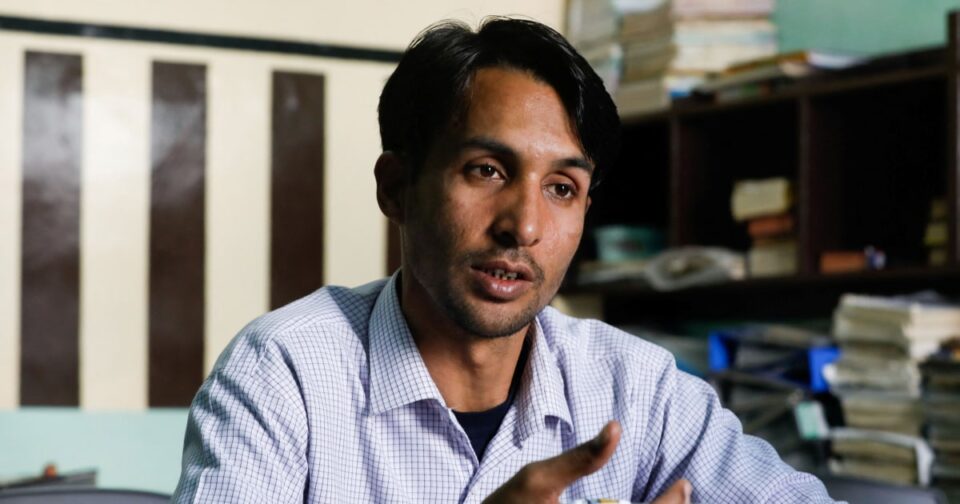 KARACHI — A Pakistani inmate serving a life sentence for murder in an overcrowded Karachi prison has won a scholarship for further study after taking one of the highest scores in the city’s higher secondary school exams last year.

Syed Naeem Shah, 35, scored the highest in the general high school exams among private candidates — that is, among non-traditional students — last year in Pakistan’s largest city, winning a scholarship for further studies from the Institute of Chartered Accountants of Pakistan (ICAP).

“What I have achieved while languishing in jail is not possible if one does not have conviction,” Shah told Reuters in an interview in Central Prison Karachi, built by the British in 1899 in the port city in southeastern Pakistan.

The prison, like many others in the country, is notorious for being overcrowded, holding nearly 6,000 inmates in space meant for 2,400. Pakistan prisons overall are at 130 percent of capacity and are poorly ventilated, with insufficient beds and limited access to medicines, safe water and bathing facilities, according to Amnesty International.

Speaking in a classroom inside the prison grounds, Shah said he enjoyed school as a child but that his family could not afford to continue his education. In jail, older inmates who were also taking classes motivated him and helped him prepare for exams.

Shah is one of 1,200 inmates studying in Central Prison Karachi, but his success is unparalleled, said Saeed Soomro, deputy superintendent of the prison.

“His results are (also) tantamount to our success,” Soomro said, in giving him the opportunity to study and providing him with books and materials.

Shah was sentenced to life — 25 years in Pakistan — in 2018 for the shooting and killing of another man in a personal disagreement in 2010. Years spent as a prisoner on trial, plus time off for academic achievements, good behaviour and blood donations, leaves him with about six years to serve.

Shah still has to pass an entrance exam to formally take up the scholarship, an ICAP official said, requesting anonymity as he is not authorised to talk to media.

The scholarships, of 1 million rupees or about $5,700, are offered to students earning the top four scores in intermediate exams, regardless of whether “they are in jail or outside”, the ICAP official said.

“I feel it will be very difficult for me to pursue this scholarship from prison,” Shah said, given the technical and specialised subjects he will be pursuing.

Even before his exam success, Shah said he had filed an appeal against his conviction that is pending in a high court in the southern province of Sindh.

“I appeal to the president of Pakistan, prime minister and chief executive of Sindh province to consider my case for remission.”