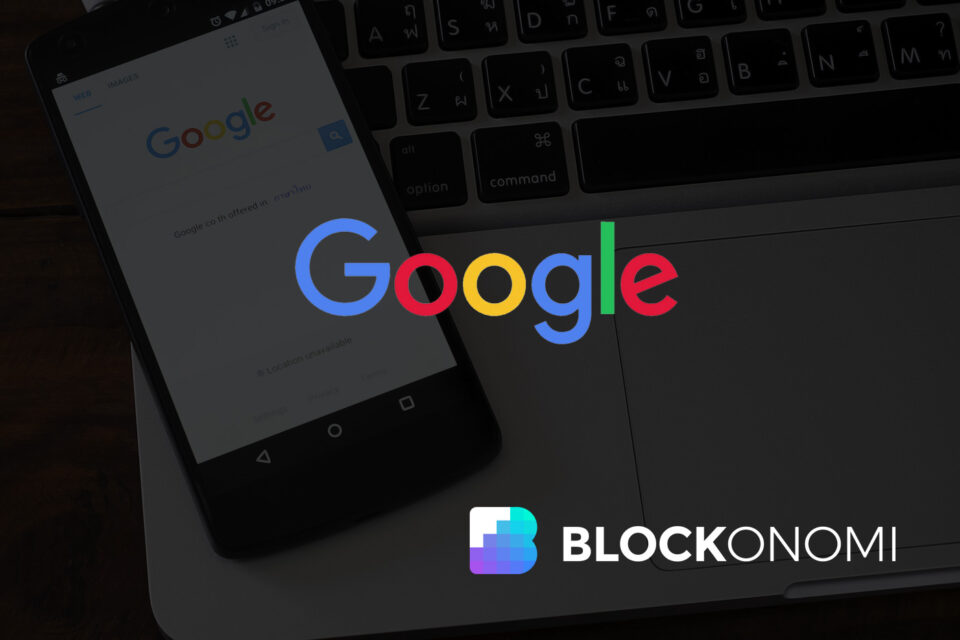 Google has eyed on cryptocurrency offerings for a long time, supporting a couple of projects and businesses. This time, the US tech giant decided to take the first major step.

Google is launching a division dedicated to develop a wide range of financial services including blockchain and cryptocurrencies.

In an internal email to Bloomberg, Vice President of Engineering for Google’s Advertising Infrastructure and Payments Systems Shivakumar Venkataraman cited that Google is involved in, “blockchain and other next-gen distributed computing and data storage technologies.”

Venkataraman will be the leader of Labs, a division that will be responsible for the company’s virtual reality (VR) and augmented reality (AR) product development efforts in the future.

Google Can Eat It!

Google’s drastic move has caused puzzlement in the mainstream media, primarily because the company has not been a true participant in this few for a long period of time.

The establishment will see Arnold Goldberg joining the tea. Arnold has an extensive background working for major corporations such as PayPal, LinkedIn, Box, eBay, and IBM, among others.

In a move that is part of a broader company-wide push into financial services, including cryptocurrency, the former Chief Product Architect of PayPal will take over as head of the payments division of Google.

According to Bill Ready, Google’s president of commerce, the technology giant has only formed partnerships with a small number of cryptocurrency companies, including Coinbase, Gemini, and Bakkt processor BitPay, among others.

The purpose of these partnerships, on the other hand, is to allow users to connect their crypto debit card to Google Pay. The company has clearly planned a long-term strategy for crypto-related services, and the time has come for the company to officially launch those services.

For a long time, Google was reluctant to enter the crypto market. The company has even prohibited all advertisements relating to Bitcoin and cryptocurrencies. However, after three years, blockchain and cryptocurrency have suddenly gained favor with Google.

The tech giant lifted the ban in August 2021. Companies that trade, buy, sell, or promote Bitcoin or other cryptocurrencies have been granted official permission to run advertising campaigns on Google and other Google platforms.

Google’s move was a little late, especially since its major competitors had already taken significant steps forward. At the moment, the game isn’t just about blockchain or cryptocurrency; rivals are also looking into NFTs and the metaverse.

Blockchain has long been on Google’s radar, as the technology emerges as a natural extension to cloud-based services.

Because cloud platforms are becoming more prevalent, the metaverse space will become increasingly important. Companies are working to add features that will make them more useful to everyone.

Consider Facebook or, more recently, Meta. The sudden announcement by the social networking giant to change the corporation’s name to Meta demonstrates that the metaverse became one of the hottest keywords in the technology world last year.

2021 was a booming year for NFTs and the metaverse, not only because of the participation of major players such as Meta, but also because of advancements in the field of VR devices – a tool that allows users to access the metaverse.

2022 looks more enticing because global tech behemoths will now continue their ambitious stories. According to Business Insider, 2022 will be the year in which every major technology company launches its own metaverse platform.

Microsoft has also taken the lead with a platform called Mesh, which is aimed at businesses and online workers. Microsoft executive Frank X.

“The metaverse enables shared experiences across both the physical and digital worlds. The metaverse can help people meet up in a digital environment, make meetings more comfortable with the use of avatars and facilitate creative collaboration from around the world.”

It’s questionable whether Google conducted a thorough surveillance and cutting-edge preparation prior to the public announcement.

Perhaps the company developed its services in secret. In any case, Google’s move makes the race between tech behemoths more exciting.

NFL teams keep hiring coaches before GMs, and it makes no damn sense

Use This Invoice Example to Design Your Own