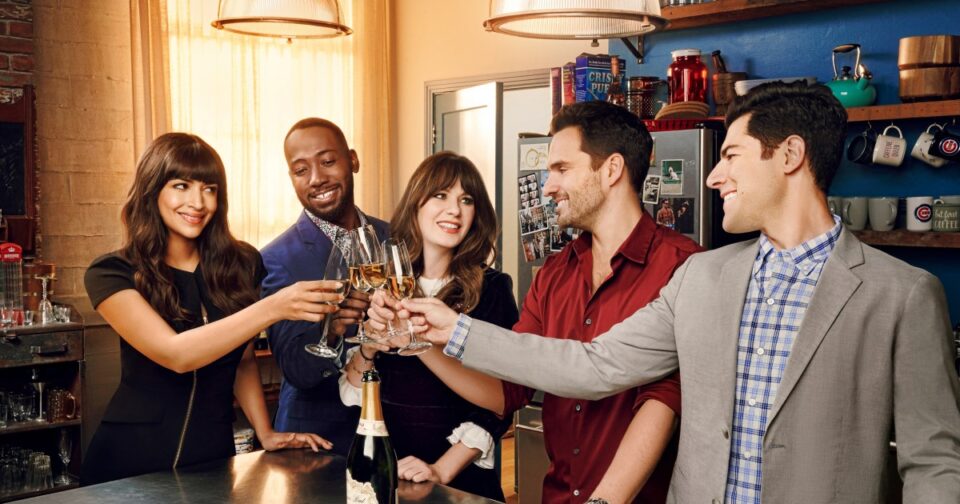 Last week, iHeartRadio announced “Welcome to Our Show,” a new podcast where “New Girl” stars Zooey Deschanel, Hannah Simone and Lamorne Morris revisit the fan favorite sitcom. This month, the company also announced the launch of “XOXO,” a podcast where actor Jessica Szohr goes on a “walk down memory lane” with the “Gossip Girl” series, in which she played Vanessa.

The two new podcasts join an ever-growing list of ones that have captivated listeners who crave nostalgia and familiarity, especially amid a pandemic.

In 2016, the release of “The West Wing Weekly,” a podcast featuring actor Joshua Malina (who played Will Bailey in Aaron Sorkin’s popular political drama series), first put the category on people’s radars.

Since then, the celebrity TV rewatch podcast genre has steadily expanded, with audio shows like “Fake Doctors, Real Friends with Zach and Donald” about “Scrubs,” “Drama Queens” podcast about “One Tree Hill,” and “Welcome to the OC, Bitches!” about “The O.C.”

Translating a bygone TV show into an audio series was intended to fill in a gap within the podcast space, according to Will Pearson, Chief Operating Officer of iHeart Radio Podcast Network.

“While true crime remains a popular category in podcasting, one of the things that we started seeing from listeners across the board was this desire to find comfort, escapism and a reason to smile whenever possible,” Pearson said.

While true crime remains a popular category in podcasting, one of the things that we started seeing from listeners across the board was this desire to find comfort, escapism and a reason to smile whenever possible.

And for many people, that desire was even more pronounced during a time of crisis like a global pandemic, he added.

“People were looking back at better times, looking for comfort and looking for something to latch onto — and that’s something we have been wanting to tap into with these podcasts.”

A week before its release, “Welcome to Our Show” rose to the no. 1 position of all 100 podcasts in the United States on Apple Podcasts.

“This podcast is already in my top five just from listening to the trailer!” one person wrote in their review of the podcast, which officially debuts on Jan. 24.

“The Always Sunny Podcast” — hosted by “It’s Always Sunny in Philadelphia” actors Charlie Day, Glenn Howerton and Rob McElhenney — remains one of the top 25 podcasts in the country, according to Apple Podcasts.

And last year, iHeartRadio named the “Office Ladies” rewatch series, hosted by “The Office” stars Jenna Fischer and Angela Kinsey, as podcast of the year.

Pearson attributed the popularity of this newer podcast genre to the intimacy that the format itself provides.

“It’s an intimate kind of space, listening into a conversation between two hosts,” Pearson said. “There is no better form than a podcast when you think about getting old stars together, and all the bells and whistles are stripped away.”

He continued: “It’s not about every prop or detail. It’s a little more about what’s going on behind the scenes, what these actors were thinking and how they interacted with each other in the scene — those are the kinds of things that people really get excited about.”

For the actors, these podcasts also provide an opportunity to catch up with their former costars.

“We decided doing a rewatch would be a great way to do something that ‘New Girl’ fans would enjoy,” Deschanel, who played the lead character Jess, told NBC News in a statement.

“It made so much sense to come back together and revisit the show with our fans,” she said in a statement. “This podcast is just an opportunity for us to all hang out again and tell stories.”

Susan Mackey-Kallis, a communications professor at Villanova University who studies pop culture and film analysis, said the rise of the celebrity rewatch podcast genre “wasn’t surprising” because viewers often develop “parasocial relationships” — a psychological relationship that describes when an audience member becomes attached to, and invested in, a fictional character.

“These fictional characters we grew up with are almost like our friends coming into the living room, through our laptop, through our phones, and we feel like we know them as people,” she said.

As such, hearing actors talk about their experiences on these beloved shows functions almost “like an extension” of that relationship.

No matter how much time has passed, Mackey-Kallis said, it makes sense that fans are returning to their favorite shows of the past, particularly at a time defined by Covid-19 and incalculable loss.

“There’s comfort in listening to familiar voices that evoke a sense of reassurance during stressful times like the pandemic,” she said. “It’s like listening to a longtime friend you haven’t spoken to in a while.”