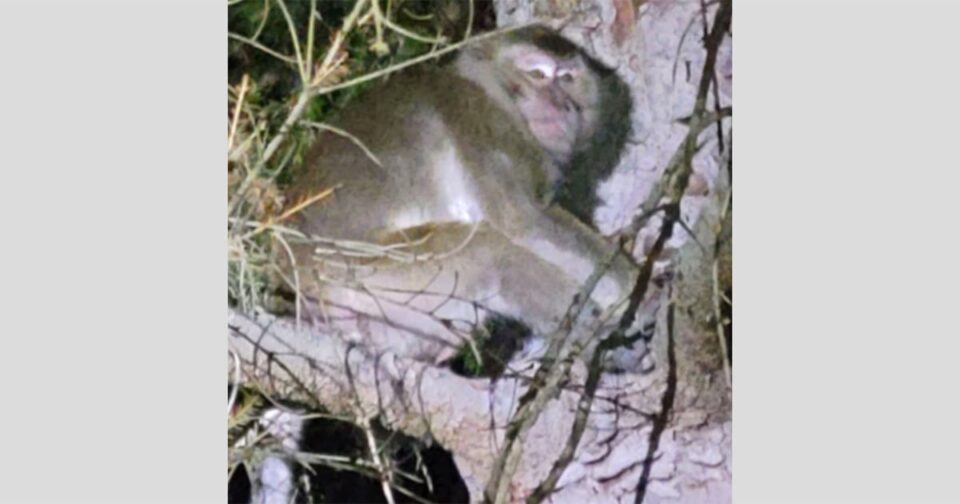 Monkeys were on the loose Friday night in rural Pennsylvania after they escaped after a crash involving the vehicle carrying the primates, authorities said.

Pennsylvania State Police Trooper Andrea Pelachick confirmed the hunt for the escaped monkeys in Montour County’s Valley Township, but wasn’t able to say how many were loose.

“The vehicle involved was following a hundred monkeys, and when the crash occurred a handful of monkeys got out,” she said.

No injuries were reported.

Temperatures in Montour County plunged into the single digits Friday night as authorities searched for the monkeys.

Authorities were instructed to secure the area for the Centers for Disease Control and Prevention and the Pennsylvania Department of Health, she said.

Asked if the missing monkeys had any health issues, the trooper said it wasn’t clear.

Monkeys have been known to transmit diseases, including monkeypox, and the herpes B virus, which was reported to have infected its first human last year.

The multi-vehicle crash closed Route 54 near Interstate 80 for about three hours, according to the Pennsylvania Department of Transportation.