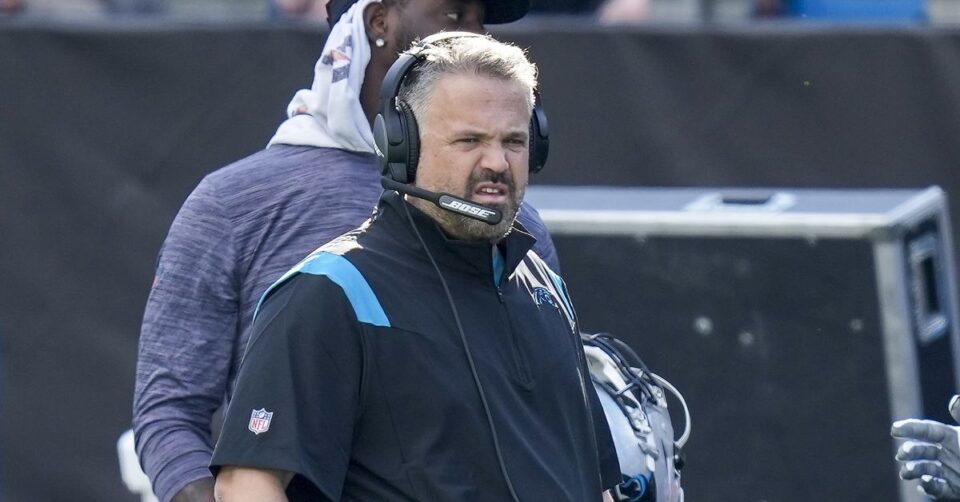 Owning an NFL team is not rocket science. All it requires is a whole lot of money, a fat checkbook, and a willingness to sit back and collect money for the hard work of others. Despite this extremely low bar, owners keep trying to mess this incredibly simple formula up.

There are a lot of ways you can torpedo your own franchise, but the quickest path to mediocrity is becoming more prevalent: Hiring a head coach before a general manager. It’s a decision that reeks of ego and self-confidence, and more often explodes in the face of a team. So why in the hell do teams keep doing it?

The latest victim seems to be the Minnesota Vikings, who are moving forward on a head coaching search without a GM in place. Rick Spielman and Mike Zimmer were fired following a disappointing season that saw the perennially inconsistent Vikings post their second losing season in a row. Honestly, it was time for a change because the status quo wasn’t getting the job done — but there should be a logical process to this.

The Chicago Bears are doing the same thing, interviewing general managers and coaches simultaneously. At least their process of looking at managers has begun, but it doesn’t mean that this approach is any more helpful.

The stratus of an NFL team is designed in a series of half-steps, like a series of fail safes to ensure accountability up the chain. For the purposes of this discussion we’ll remove the entire business side. Obviously team presidents, operations managers, marketing — all are important, but don’t really have a bearing on the football organization itself, outside of it being a business.

On the football side imagine the general manager as being the intermediary between the football and the money. On the one side they have to put the football people in place to hopefully create a winning organization, but they also have to manage the salary cap, negotiate contracts with agents, and be the voice of reason in deciding when it’s no longer prudent to keep a player because of financial concerns. The general manager is football’s buzz kill. The credit limit to stop someone doing something stupid, the bartender cutting you off when you’ve had one too many. The necessary oversight required to thinks years in advance, not just season-to-season.

In order to make this all work, a GM needs to have a coach that shares their same basic vision. Is it someone who is impatient and wants to win right now, or understands the process may take a while? This informs personnel decisions. Is the coach offensive minded, or defensive minded? This has to be in lock-step with a GM’s vision too, in order to effectively build a roster.

This kind or “either, or” happens through every single football decision of a team, and the best are run with a firm understanding between the GM and head coach so everyone is pulling in the same direction. It’s here that we begin to understand why hiring a head coach before a GM is such an atrociously terrible idea.

The two most recent, and pronounced examples of this failure come from the Jaguars and Panthers. Jacksonville, acting without a GM in place at the time, hired Urban Meyer to make a big flash hire. In Carolina, owner David Tepper was desperate to show his football acumen and make a big hire himself, hired Matt Rhule and gave him profound control over football decisions to operate autonomously.

A year later and Meyer is gone, while Carolina has wasted draft picks and salary cap space letting Rhule fail at finding a quarterback on two separate occasions.

So why do teams keep doing this? Why are owners desperate to make these ass-backwards hires when every shred of logic says they’re doing the wrong thing? Why are teams emulating failing franchises and repeating their mistakes, rather than forge the path of success?

It all comes down to ego.

NFL owners are billionaires. By nature they’re used to everyone telling them how wonderful they are. Entire corporate structures are built to make them feel invincible and worship the ground billionaires walk on. However, when you own a team there’s always one great equalizer: The fans. Sure, the bill or sale might have one name on it, Wikipedia might reflect a single owner — but an NFL team belongs to a city, a state, and beyond. Fans will not suffer bad ownership, and billionaires hate being mocked, so it breeds impatience. A desire to make people happy, and the fastest way to do that is by making a splashy head coaching hire — even if it’s the wrong move.

Coaches are always sexier hires than GMs. It dominates the news cycle. Nobody really cares about a general manager outside of the most die-hard football fans, even if the job ends up being equally, or even more important than the dude making the call on the sidelines. Also, owners know that hiring a winning coach makes them seem like heroes, and are desirous of having more people appreciate them.

So we’re at this point. Owners rolling the dice to try and win big, despite everything telling us it’s the wrong move. Teams are pushing ahead to interview and hire head coaches, then back-fill the GM job and hope it all works together. This is not how the process should work, it’s not how the process does work, and any examples of coaches succeeding without a GM in place first are the exception, not the rule.

The lesson to fans and teams trying this is to step back, wait, and let the process unfold properly. Unless you want to be the next Jaguars or Panthers. If that’s your goal, then go right ahead and plunge into failure.

Google Takes its First Step in the Crypto World, Disregards Years of Censorship