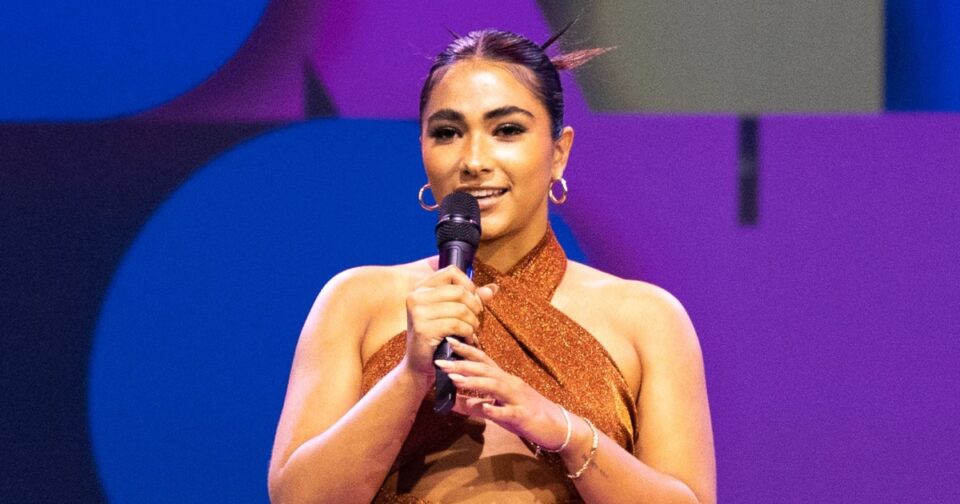 After a teenage influencer and star of Netflix’s recent reality show “Hype House” accused his former collaborator of aggressively sexually pursuing him and groping him without his consent, she denied the claims in a statement given to NBC News.

In a YouTube video posted Thursday, Jack Wright, who has 8.9 million followers on TikTok, accused his former collaborator, Sienna Mae Gomez, of violating his boundaries and repeatedly physically forcing herself on him. He said Gomez broke into his house and his room on multiple occasions to take advantage of him while he slept.

In a statement provided to NBC, a representative for Gomez said she denies all of the allegations made by Wright and referred to Wright’s video as a “reframing of their history” in a way that is “harmful and untrue.”

“There has been no police investigation — not even a police report to our knowledge — no charges, no private lawsuit and no contact between Sienna and Jack or their respective legal teams in many months,” a Gomez’s representative said. The Los Angeles Police Department did not immediately respond to a request for comment.

Wright’s allegations add to a growing list of viral sexual assault accusations made either by or against some of TikTok’s biggest stars in the past year, many of which have been made on social media. The allegations, which have shaken the influencer industry, mark a shift in how young celebrities communicate with the world.

Wright didn’t respond to a request for comment on Gomez’s new statement.

In 2020, as their online fame grew, Wright and Gomez made videos dancing with each other, embracing and kissing on the lips — often set to romantic music or referencing the latest TikTok relationship trend. Wright and Gomez were childhood friends who attended the same high school and joined the Hype House, a collective of online creators centered on making content together.

But what appeared to be a budding relationship on TikTok was staged, Wright said in his YouTube video. Gomez’s representative characterized Gomez’s relationship with Wright as “consensual and cordial.” Both Wright and Gomez are 18, but were minors at various points in their online relationship.

“Unfortunately, Jack Wright continues his campaign to slander Sienna Mae Gomez with further false accusations,” Gomez’s representative said. “His latest falsehoods in the highly edited video show that once again Jack is making a calculated action to hinder, hurt and harm not only Sienna’s reputation and livelihood but her as an individual human being as well.”

The accusations against Gomez first surfaced on Twitter on May 30, when a mutual friend accused her of “sexually assaulting” Wright “numerous times” and telling Wright to kill himself.

Gomez denied them in a YouTube video posted two days later. She said Wright “misled” her.

“That’s why this has been so confusing to me, because it was real online, and then it was sometimes real offline and sometimes it wasn’t,” Gomez said.

In his video this month, Wright said he and Gomez were aware that they were only ever “just friends.” Wright said Gomez pursued other men at the same time they showcased their chemistry online. Wright said he “hated” it when Gomez touched him intimately.

Wright also addressed a TikTok video another friend posted in June 2021 that depicted Wright lying incapacitated on a couch in November 2020. Wright said that he had “passed out” and that his brother and friends had to pull Gomez off him to get her to stop touching his crotch.

In June, shortly after that TikTok video was posted, Gomez responded in another YouTube video, saying that within the boundaries of her relationship with Wright, the incident depicted in the TikTok video was “normal.” She also denied that Wright was unconscious and said he reciprocated her kiss.

In his YouTube video, Wright said Gomez’s response was “typical gaslighting.” Looking back, he said, Wright stayed friends with Gomez only because he believed she would change her behavior.

Wright then went on to allege “inappropriate” encounters with Gomez that he said occurred offline. In one case, he said, Gomez straddled him on his bed, unprompted, while she was naked. Wright said Gomez tried to kiss him while he said “Sienna, stop,” and “get off.” He said it took “a couple tries” to separate himself from Gomez.

In other cases, Wright said, Gomez would break into his house to grope him, to the point that he was “used to it” and the behavior felt “normal.”

“I would wake up and see her car just sitting outside at, like, two in the morning,” Wright said. “When I was sound asleep, she would come into my room, and I would wake up with her hand in my pants.”

“Jack’s false claims that Sienna at any point broke and entered his home or sexually assaulted him are accompanied by harmful innuendo which attempt to degrade her character even further than his falsehoods already do,” the statement says.

In addition to taking time to process his experiences, Wright said, he felt as though, because he is a man, his accusations wouldn’t be taken seriously. He said part of his motivation in speaking now is that other men reached out to him with similar accusations against Gomez.

“I don’t think I’ll ever be the person I was before Sienna,” Wright said. “Nice people let people walk all over them, and that was me.”