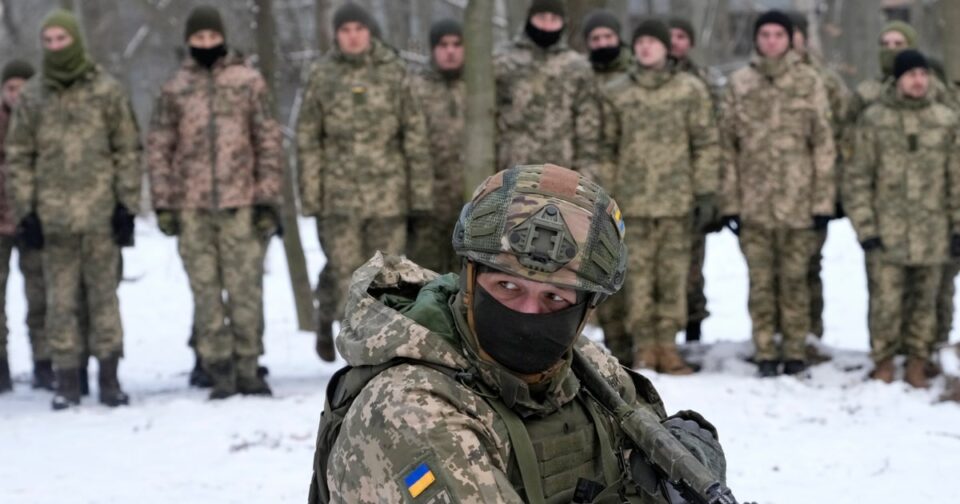 The first American shipment of “lethal aid” to Ukraine has touched down in Kyiv, the country’s U.S. Embassy said Saturday, less than 24-hours after Secretary of State Antony Blinken met with his Russian counterpart.

The shipment “demonstrates U.S. commitment to helping Ukraine bolster its defenses in the face of growing Russian aggression,” the embassy said in a tweet.

The shipment included “close to 200,000 pounds of lethal aid, including ammunition for the front line defenders of Ukraine.”

Washington approved a $200 million package of additional military assistance to Ukraine in December.

It came amid escalating concern from Kyiv and its Western allies of an imminent invasion of Ukraine by Russian troops, more than 100,000 of which have amassed at its border in recent weeks.

Russia has denied it is planning an invasion, but President Vladimir Putin issued several demands to the West.

These included permanent prohibition on Ukrainian membership in NATO and the removal of most of the U.S. and allied military presence in eastern Europe. The U.S. says that’s a nonstarter.

The U.S. shipment came after the defense ministers of Estonia, Latvia and Lithuania said in a joint statement late Friday that their countries would send U.S.-made anti-tank and anti-aircraft missiles to Ukraine.

They said Estonia would provide Javelin anti-tank weapons while Latvia and Lithuania were sending Stinger anti-aircraft missiles and other related equipment.

Blinken said in a tweet Saturday that Washington saluted the three NATO nations and former Soviet republics “for their longstanding support to Ukraine,” adding that he had “expedited and authorized” the transfers.

It was not immediately clear when the weapons and equipment would be sent.

Blinken met with with Russian Foreign Minister Sergey Lavrov in Geneva on Friday. He told a news conference that Lavrov repeated that Russia has “no intention of invading Ukraine,” but added that it is “deeds and actions, not words, that make the difference.”

He said he told Lavrov that if Russia wants to convince the world that it has no intention of aggression toward Ukraine, it should begin by removing Russian forces from Ukraine’s borders and continuing to engage in dialogue.

Has the omicron wave peaked in the U.S.?