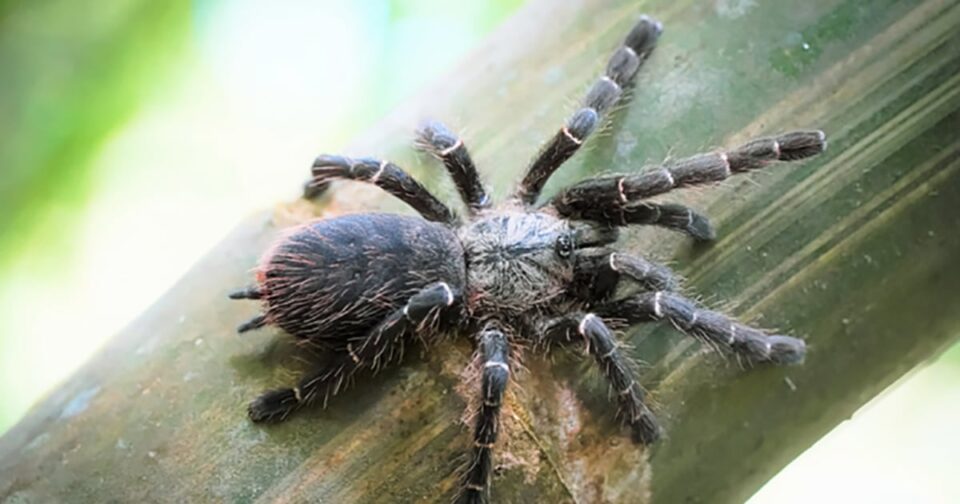 JoCho Sippawat, a YouTuber with 2.5 million subscribers and 1.9 million Facebook followers, found the previously unknown tarantula while on a wilderness trip near his home in northwestern Thailand, according to a Jan. 12 news release.

Researchers determined that the spider belongs to a new genus and species. They named it Taksinus bambus, in honor of the 18th century Thai king Taksin the Great.

“These animals are truly remarkable; they are the first known tarantulas with a bamboo-based ecology,” Chomphuphuang said in a blog post by Pensoft, which publishes scientific journals.

Sippawat and Chomhuphuang did not immediately respond to NBC News’ interview request.

Tarantulas in southeast Asia are either terrestrial, which means they build nests by burrowing into the ground, or arboreal, which means they live in trees. Indonesia, Malaysia, Singapore, Sumatra and Borneo are homes to arboreal tarantulas, but Taksinus is the first of its kind to be discovered in Thailand.

“This species is unique because it is associated with bamboo, and we have never observed this tarantula species in any other plant,” Chomhuphuang said in a press release. “Bamboo is important to this tarantula, not only in terms of lifestyle but also because it can only be found in high hill forests in the northern part of Thailand, at an elevation of about 1,000 meters. It is not an exaggeration to say that they are now Thailand’s rarest tarantulas.”

“Few people realize how much of Thailand’s wildlife remains undocumented,” Chomphuphuang said. “Thai forests now cover only 31.64 percent of the country’s total land area. We are primarily on a mission to research and save the biodiversity and wildlife within these forests from extinction, especially species-specific microhabitats.”