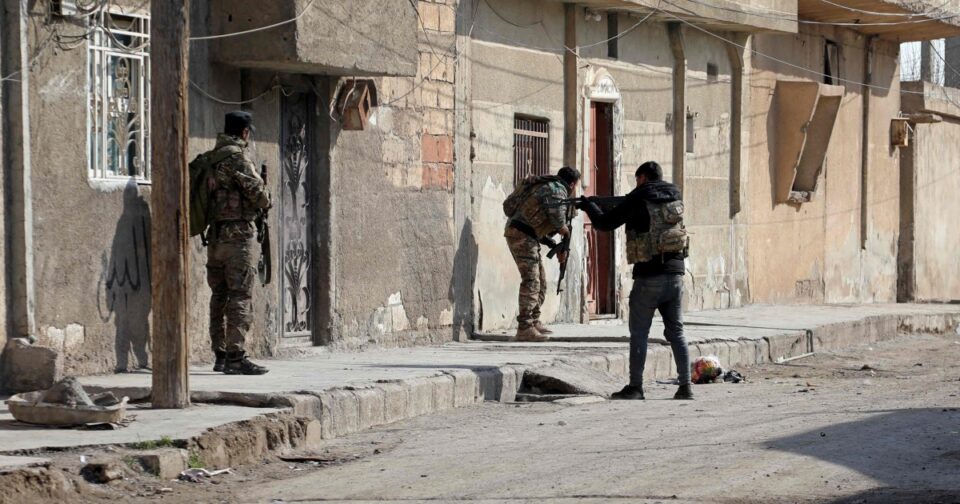 Aided by U.S. troops, Kurdish-led Syrian Democratic Forces (SDF) tightened their siege of a prison housing ISIS suspects after inmates took over the facility, residents and officials said on Sunday.

At least 70 inmates were killed in the attack on the prison in northeastern Syria, which began on Thursday. Militants detonated a car bomb near the prison gates, helping dozens of inmates and flee to the neighbouring Ghweiran district of al-Hasaka, witnesses and officials said.

The SDF initially said it had thwarted the breakout and arrested 89 militants sheltering nearby, but later acknowledged that inmates had taken over parts of the facility.

It said on Sunday that 17 of its forces were killed in the deadliest rioting in detention centres holding thousands of suspected militants arrested after they were defeated with U.S. support in north and east Syria.

The Pentagon confirmed the U.S.-led coalition had carried out air strikes in support of the SDF as it sought to end the prison break.

Arab tribal figures in touch with residents in the area said U.S. coalition troops had taken over positions around the prison and planes were seen flying overhead.

It was not clear how many inmates were in the prison, the biggest facility where the SDF has kept thousands of detainees. The relatives of many inmates say they are young children and others arrested on flimsy charges or for resisting the SDF’s forced conscription.

Most Arab inmates have been held without charges or trial, fuelling resentment by tribal members who accuse the Kurdish forces of racial discrimination, a charged denied by the Kurdish led forces.

The U.S.-based Human Rights Watch says the SDF holds about 12,000 men and boys suspected of ISIS affiliation, including 2,000 to 4,000 foreigners from almost 50 countries.

Thousands of others are held in secret detention centres where torture is rife, civic groups say. The Syrian Kurdish forces deny the accusations.

The inmates are held in overcrowded prisons where conditions are inhumane in many cases, according to Human Rights Watch and other rights groups.

Some Arabs, who form a majority of the inhabitants of the areas under the control of the Syrian Kurdish YPG militia, accuse the Kurds of discrimination, an allegation rejected by Kurdish officials.

Local elders say support for ISIS, which has resorted to guerrilla attacks since losing its last significant piece of territory in Syria in 2019, has grown with rising local resentment against the Kurdish-led rule.