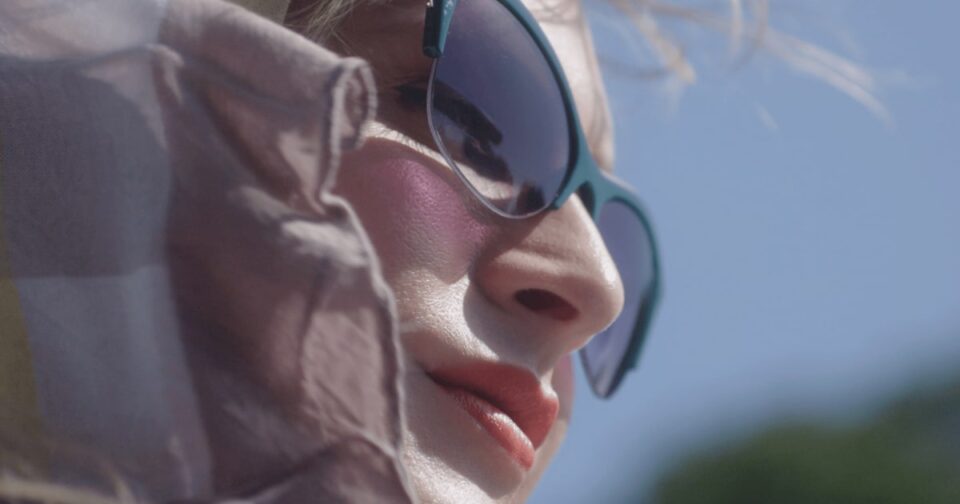 For his sophomore feature film, Canadian filmmaker Chase Joynt has set out to widen the lens through which transgender history is viewed, using a number of genre-blurring techniques to revisit the case of a pseudonymized trans woman that was once considered exceptional.

Directed by Joynt and co-written by him and Morgan M. Page, “Framing Agnes” — which will have its world premiere Saturday at the Sundance Film Festival — reexamines the titular trans woman who participated in the American sociologist Harold Garfinkel’s gender health research at U.C.L.A. in the 1960s. Agnes, who had entered the seminal study under false pretenses to seek gender-affirming surgery, was long believed to be an outlier until never-before-seen case files of eight other patients were discovered in 2017, revealing the identities of others who redefined gender in the mid-20th century.

While completing his undergraduate degree in theater and performance studies at U.C.L.A. in 2002, Joynt met a graduate student in the sociology department named Kristen Schilt, with whom he formed a lifelong friendship that later blossomed into a fruitful, decadelong collaboration. In 2014, Joynt and Schilt received a fellowship at the University of Chicago, which charged an artist and an academic to work together collaboratively.

Together, they taught a class called “Tell Me the Truth: The Politics of Narrative Construction” and used Agnes as a case study to highlight “the ways in which meaning can be made and produced by different disciplines and different agendas, so there’s a sociological reading of Agnes, then a queer theory reading, then a trans studies reading,” Joynt told NBC News. It was from that moment that they decided to work toward a short film, which premiered at the Tribeca Film Festival in 2019.

After Garfinkel’s death in 2011, a sociologist in Newburyport, Massachusetts, was given all of Garfinkel’s case files, and Joynt and Schilt began visiting the archive repeatedly to help organize its contents. They eventually found the entirety of Agnes’ case files, which included recordings and transcripts of her conversations with Garfinkel, as well as the case studies of other individuals who didn’t make it into the research. Soon, they discovered that they had more than enough content to unpack for a full-length feature.

“I think the future of trans cinema is one that moves beyond traditional documentary because the formal genre apparatus of documentary continues to contain us and repackage us into very palatable, legible boxes,” Joynt said of his decision to blend fiction and nonfiction. “I’m really interested in thinking across time, across technology, across modes of performance that can open up these new pathways for understanding experiences — not only in the past, but also hopefully in the future.”

Using a rich combination of sociological research and vintage reenactments, “Framing Agnes” draws inspiration from the classic talk show format — which, Joynt said, was where a lot of people of his generation first encountered gender nonconforming people — and unites an all-star cast of trans actors and artists to breathe new life into six previously unknown stories.

Upon reading the transcripts, Joynt said the creative team decided to focus on the individuals who left behind the most material, because “it didn’t feel ethically proper or right to imagine the world of someone if we only had a small glimpse of a visit,” and soon began to think of the preeminent trans figures who could best connect with their chosen stories.

“We were reading for personal relationships, jobs, race, class, identity, medicalization, family,” explained Joynt, whose other directorial credits include the film “No Ordinary Man” (2020) and the CW miniseries “Two Sentence Horror Stories.” “Because the doctors who were asking the questions had their own research agendas, they often asked the same questions to multiple people, so it was very easy to track. I am pulling quotes and questions directly from those pages.”

Through his communally driven excavation of Garfinkel’s research, Joynt has chipped away at the long-running misconception that transgender trailblazers only existed in isolation, instead showing that these communities have been navigating the world together long before the word “trans” was used in popular culture. “Isolation was, in fact, a narrative produced and patrolled by medicine and the media,” he wrote in his director’s statement.

“If we think about someone like Harold Garfinkel who was, in fact, not researching about what we would now call transness or gender-nonconformity, he was actually researching what he was developing as passing,” Joynt later explained. “Agnes becomes a perfect case study for gender passing, because she has an impenetrable story where she is unlike everyone else that he is speaking to. So her ability to be singular allows her to become the object upon which all of this meaning is made.”

Joynt continued: “If we deny you the opportunity to attach all of the meaning in one place, all of a sudden, you understand that there are lots of people moving and identifying in all kinds of ways. So it really is a strategic move, in my opinion, to be making films that don’t allow you to attach to one hero.”

Throughout the 75-minute film, Joynt explores the complicated relationship between visibility and vulnerability, because society has equated the notion of a “good trans life” with publicity, even when there are other folks who have chosen to stay invisible and the leaders of the community — particularly Black trans women — are arguably the most vulnerable.

The filmmaker said the film he thought he was making “has changed significantly over time” because the short film relied heavily on “a kind of personal narrative disclosure … to animate the stories of these people in the past.” When the time came to shoot the feature, however, “we really strategically resisted the desire to map personal narratives and rather thought about these structural forces that inform our lives and our identities,” Joynt said.

“I think someone like Angelica [Ross] coming on to the project and saying, ‘I’m happy to be here, but I’m not going to do the same thing that I did, because I’m watching the way in which my narrative gets taken up and repositioned all the time,’ is a beautiful and striking intervention” in trans representation, he added. “We’re saturated in life narratives, we’re saturated in coming out stories, we’re saturated in transition tales, and I hope that our film exists as an example of what else is possible when you ask a different set of questions.”

While the representation of trans and gender-nonconforming communities in mainstream media has dramatically improved in the last decade, Joynt recognizes that “Framing Agnes” — which he has called “an extraordinary labor of love” — arrives at a time when anti-trans rhetoric and legislation continues to make headlines around the world.

“I think one of the things that the film argues is that visibility produces a fantasy of social change that often obscures the very ongoing violence against trans and gender-nonconforming people,” Joynt said, “so I hope that our film is one of many that’s contributing to a way to shine a light on the violence of ongoing media curiosities and the neglect of the medical industrial complex.”

Joynt hopes that, “in some ways, Agnes remains unknowable,” and that “there are enduring, unanswerable questions about her significance long after the viewing is over.”

“I want to make explicit that those who are interpreting [history] need to be the people who are most impacted or who have the most at stake in the kinds of stories that we’re telling,” Joynt said. “I think when you imagine a world where trans people get to inhabit and think across trans history, we open up new ways to think about and create trans futures.”