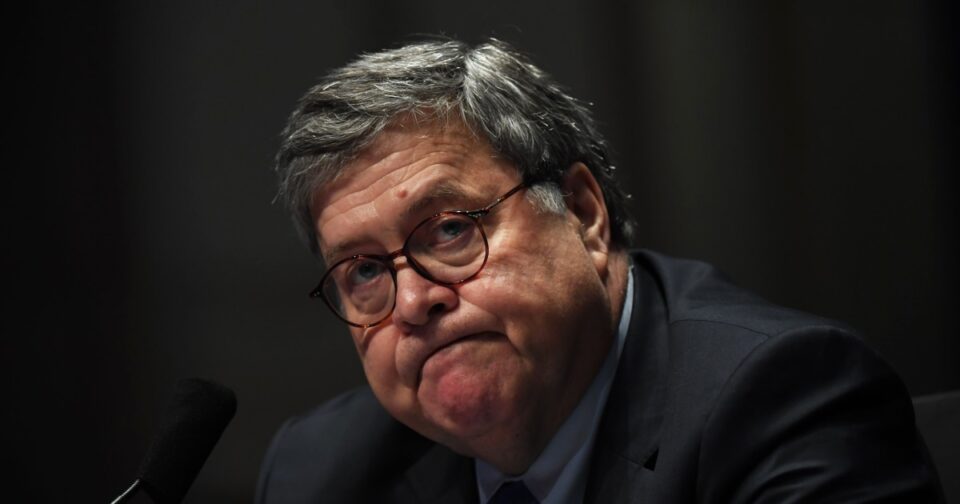 In an interview on CBS’ “Face the Nation,” Thompson was asked by host Margaret Brennan if the panel intends to speak with Barr about a draft executive order prepared for former President Donald Trump that appears to be among the files the committee has been seeking to obtain from the National Archives.

“We’ve had conversations with the former attorney general already. We have talked to Department of Defense individuals,” Thompson said. “We are concerned that our military was part of this big lie on promoting that the election was false. So, if you are using the military to potentially seize voting machines, even though it’s a discussion, the public needs to know. We’ve never had that before.”

Barr, an ardent defender of Trump during his presidency, resigned in December 2020 amid lingering tension over Trump’s false claims of election fraud.

A draft of an executive order prepared for Trump and obtained Friday by Politico would have authorized the secretary of defense to send National Guard troops to seize voting machines around the country in the weeks following the 2020 election.

The order, which was never signed by Trump, would also have appointed a special counsel “to institute all criminal and civil proceedings as appropriate based on the evidence collected,” and calls on the defense secretary to release an assessment 60 days after the action started, which would have been well after Trump was set to leave office on Jan. 20, 2021.

The Politico article includes a facsimile of the full order, but does not say how the news organization obtained the document or whose possession it was in.

Thompson said the committee does not know if anyone within the Pentagon was working on the issue of possibly seizing voting machines. He added that the draft executive order “is reason enough to believe that it was being proposed.”

“We have information that between the Department of Justice, a plan was put forward to potentially seize voting machines in the country and utilize Department of Defense assets to make that happen,” he said Sunday.