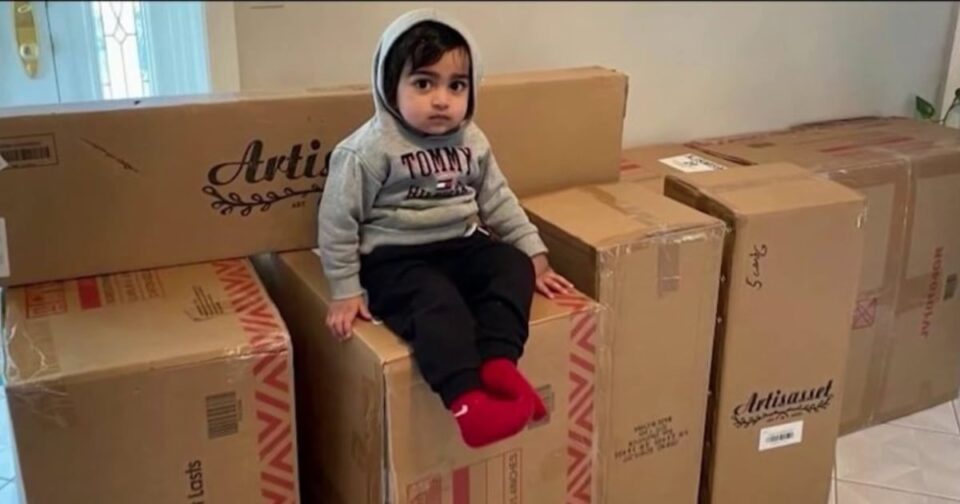 A New Jersey woman was browsing furniture on Walmart’s website and adding items to her cart, but had not yet purchased any of them. So when package after package started arriving at her door, she was so confused.

Madhu Kumar said she asked her husband and two older children if they had bought the items, but they said it wasn’t them. That left Kumar’s almost 2-year-old son Ayaansh Kumar as the lone culprit, NBC New York reports.

Ayaansh, who is most likely still learning how to count, was playing on his mother’s phone when he ordered the items totaling almost $2,000.

“It is really hard to believe that he has done this, but that’s what happened,” his father, Pramod Kumar, told the news station.

The family has been receiving packages to their Monmouth Junction home for the past week. The items include accent chairs and flower stands Madhu Kumar was eyeing.

“He’s so little, he’s so cute, we were laughing that he ordered all this stuff,” she said.

Walmart didn’t immediately respond to a request for comment on Saturday.

The family said they plan on keeping some of the packages and returning the others to Walmart so they can get a refund.

Pramod Kumar said the family has learned a valuable lesson — lock their cellphones.

“Moving forward, we will put tough passcodes or face recognition so when he picks up the phone he finds it in locked condition,” he told the station.

How a Billionaire’s Global Cruise Empire Imploded in Hong Kong