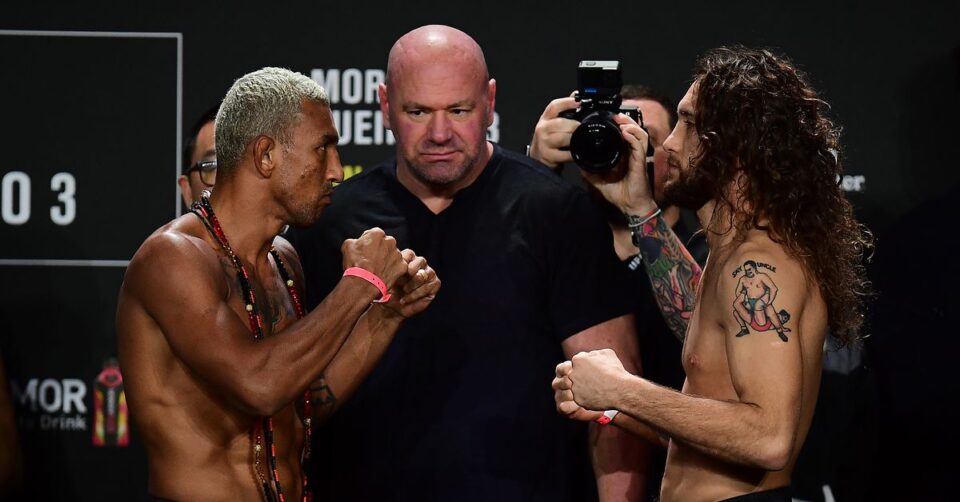 Join us today on Bloody Elbow for live results, discussion, round scoring, and play-by-play as UFC 270 goes down live in Anaheim, California.

Today’s show will featured a stacked card that will be headlined by two title fights. In the main event, one man will leave as the undisputed heavyweight champ as former teammates Francis Ngannou and Ciryl Gane will battle in a title reunification bout. The co-main will be for the flyweight title, with Brandon Moreno meeting Deiveson Figueiredo for a third time.

This post will cover the prelims, which have taken a hit due to some late cancellations. The featured bout will come at bantamweight with Raoni Barcelos meeting the debuting Victor Henry.

Today’s show is a standard PPV. There are two early preliminary card fights, which should kick off around 7pm ET/4pm PT. Those will air on ESPN+ and Fight Pass. Things will stay on ESPN+ and move to ESPN2 for four more fights at 8pm ET/5pm PT, and then we’ll go over to ESPN+ PPV at 10pm ET/7pm PT as per the norm.