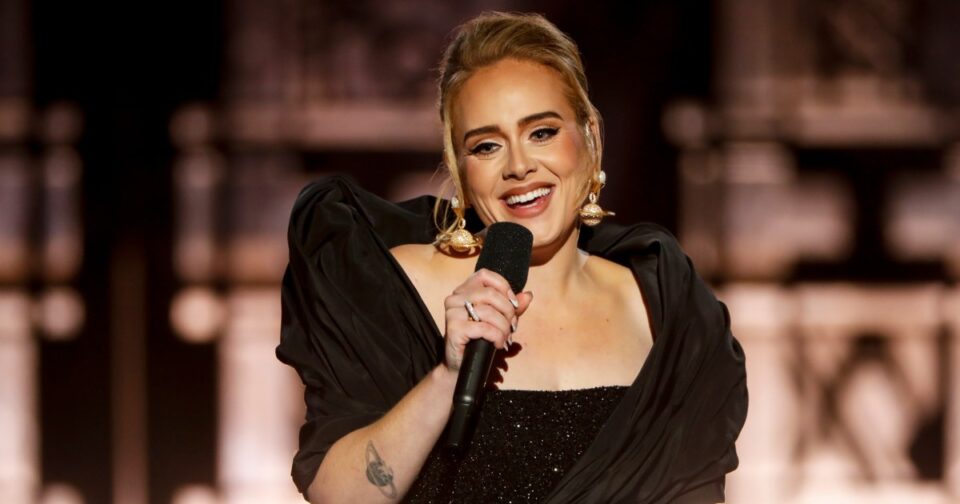 Singer Adele has been FaceTiming with fans who flew out to see her Las Vegas residency just before it was announced the show would be postponed.

On Thursday, the “Easy On Me” singer posted a tear-filled video, saying her show wasn’t ready and that she’d be postponing some of the dates.

She explained that Covid had ravaged her team and caused many delays.

“My show ain’t ready. We’ve tried absolutely everything that we can to put it together in time and for it to be good enough for you but we’ve been absolutely destroyed by delivery delays and Covid,” she said in the video.

The residency was scheduled to begin Friday at the Colosseum of Las Vegas’ Caesars Palace Hotel.

As disappointed fans began posting that they were now in Las Vegas for a show that wouldn’t go on, several posted videos of themselves FaceTiming with the singer. Adele’s team began pulling aside fans on Friday night outside the “Weekends with Adele” merchandise story to speak with them via video call, according to Billboard.

On TikTok, dozens of videos appeared with fans appearing to FaceTime with Adele at Caesars Palace Hotel.

One woman, Eleni Sabracos, went viral on TikTok for posting a video about three different times she had attempted to see Adele, including taking expensive trips, only for the show to be canceled.

In her FaceTime with Adele, Sabracos can be heard apologizing to the singer.

“Why are you sorry?” Adele can be heard asking Sabracos.

“Because I feel for you,” Sabracos replied. “I know you’re doing everything you can.”

In another video, posted by TikTok user Katherine Stokoe, Adele can be heard saying she would be doing free meet-and-greets for fans who were supposed to attend the canceled shows once they were rescheduled.

Adele thanked the fans for being so understanding and apologized again, saying she wished she could be with all of her fans.

Other videos showed what appeared to be staff members or members of Adele’s team holding up a phone on a video call with the singer while a crowd of people cheered.

“I just FaceTimed with Adele!” the caption of one video reads.

On Instagram, user Dominic Crisonino posted a video of a FaceTime with Adele in which the fans reassure the singer that they’re not upset and that they know the show will be great when it happens.

“Do what you’ve got to do and we know when the time comes it’s going to be exceptional and we’ll be here cheering you on,” a fan can be heard saying.