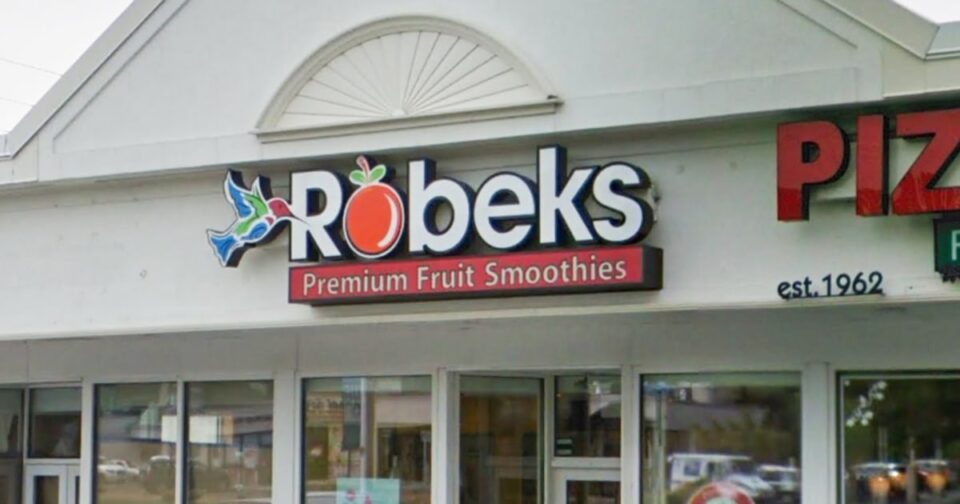 A Connecticut man has been charged with intimidation based on bigotry or bias, breach of peace and criminal trespassing after, authorities said, he hurled a drink and racist insults at employees in a local smoothie shop, whom he blamed for a serious allergic reaction that sent his son to the hospital.

Fairfield police alleged that the man, James Iannazzo, 48, returned to a Robeks Fresh Juices & Smoothies location Saturday after his son had an allergic reaction and berated staff members, demanding that they tell him who put peanut butter in the boy’s drink.

“When employees could not provide Iannazzo with the answer he became irate, yelling at the employees using a number of expletives,” police said. “He then threw a drink at an employee, which hit their right shoulder.”

Police also said Iannazzo made comments to an employee “referencing their immigration status.” Authorities said he continued to yell at the employees and tried to open a door to the Robeks “employee only” area after he was asked to leave multiple times.

Iannazzo, who left the store before authorities could arrive, turned himself into police later.

Video purporting to depict Iannazzo calling one of the employees an “immigrant loser” after he threw a drink was circulated on social media over the weekend.

Asked to verify the video, Fairfield Police Sgt. Michael Stahl said it appeared to be a screen recording of a video of the event.

“As it is not the original, we cannot comment on the authenticity of it and cannot guarantee it has not been altered or edited in any way,” Stahl said Sunday.

Iannazzo’s attorney, Frank Riccio, said in a statement Sunday morning that Iannazzo “wholeheartedly regrets the incident.” Riccio added that Iannazzo stressed to staff members that his drink should not contain peanut butter, because his son had a life-threatening allergy.

“When faced with a dire situation for his son, Mr. Iannazzo’s parental instinct kicked in and he acted out of anger and fear,” Riccio said. “He is not a racist individual and deeply regrets his statements and actions during a moment of extreme emotional stress.”

Employees told police that Iannazzo did ask for his drink to be made without peanut butter but made no mention of an allergy.

Merrill Lynch confirmed that Iannazzo no longer works as a financial adviser with the company after the incident.

“Our company does not tolerate behavior of this kind,” the company said in a statement Sunday. “We immediately investigated and have taken action. This individual is no longer employed at our firm.”

U.S. orders embassy families out of Ukraine, says some staff may leave as well