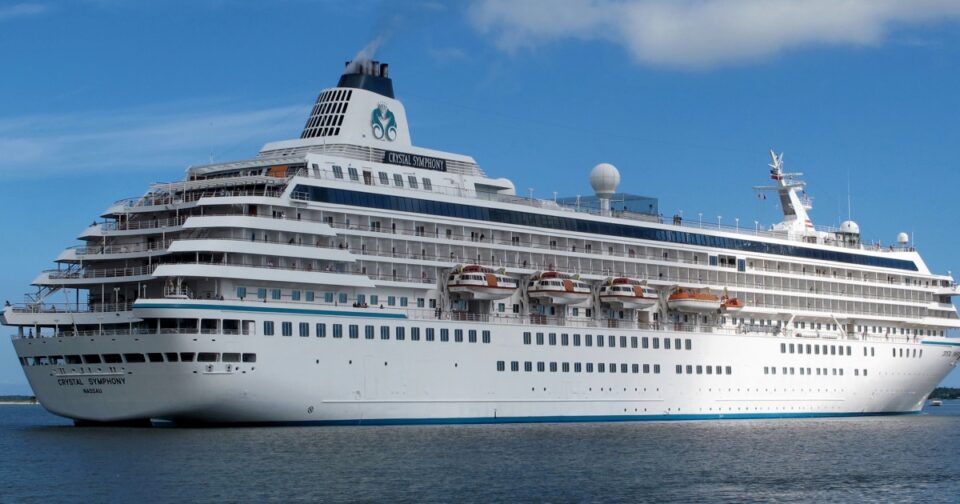 MIAMI — A cruise ship that was supposed to dock in Miami has instead sailed to the Bahamas, after a U.S. judge granted an order to seize the vessel as part of a lawsuit over $4 million in unpaid fuel.

“We all feel we were abducted by luxurious pirates!” passenger Stephen Heard Fales posted on Facebook.

Some passengers were taken by ferry to Port Everglades in Fort Lauderdale on Sunday.

A Crystal Cruise spokesperson said in a statement that the ferry ride had been “uncomfortable due to inclement weather.”

Elio Pace, a musician on the cruise ship, said he would “never want to live through” the ferry journey again.

“It was the roughest two hours I have ever known on the ship,” he told NBC’s “TODAY” show.

Before the ferry ride, Pace said he had “never ever felt sick on a ship before,” likening the experience to “horror videos” online of ships “going from side to side” and looking as if they might “topple over.”

The Crystal Cruise spokesperson said guests were also taken to local airports, but wouldn’t comment on the lawsuit.

It was not immediately clear how many passengers had been aboard the ship, with one news outlet reporting 300 and another, 700. According to the company website, the vessel can carry up to 848 passengers.

The ship was scheduled to arrive in Miami on Saturday. But a federal judge there issued an arrest warrant for the ship Thursday, a maritime practice where a U.S. Marshal goes aboard a vessel and takes charge of it once it enters U.S. waters.

Passengers and entertainers said on social media they were surprised to find out about the legal case. One guest posted a letter on Facebook from Crystal Cruises Management that said the change in itinerary was due to “non-technical operational issues.”

Elio Pace, a musician who has toured off and on with the ship since 2013, said about about 30-50 crew disembarked because their contracts ended. Another 400 crew members don’t know when they’ll get off, or if they’ll remain employed.

“This is a human story. This is about people and their jobs,” Pace told The Associated Press.

The lawsuit was filed in a Miami federal court by Peninsula Petroleum Far East against the ship under a maritime procedure that allows actions against vessels for unpaid debts. The complaint says Crystal Symphony was chartered or managed by Crystal Cruises and Star Cruises, which are both sued for breach of contract for allegedly owing $4.6 million in fuel.

Crystal Cruises announced earlier this week that it was suspending operations through late April. Besides Crystal Symphony, it has two other ships currently cruising, which end their voyages on Jan. 30 in Aruba and on Feb. 4 in Argentina.

“Suspending operations will provide Crystal’s management team with an opportunity to evaluate the current state of business and examine various options moving forward,” the company said in a statement earlier this week.