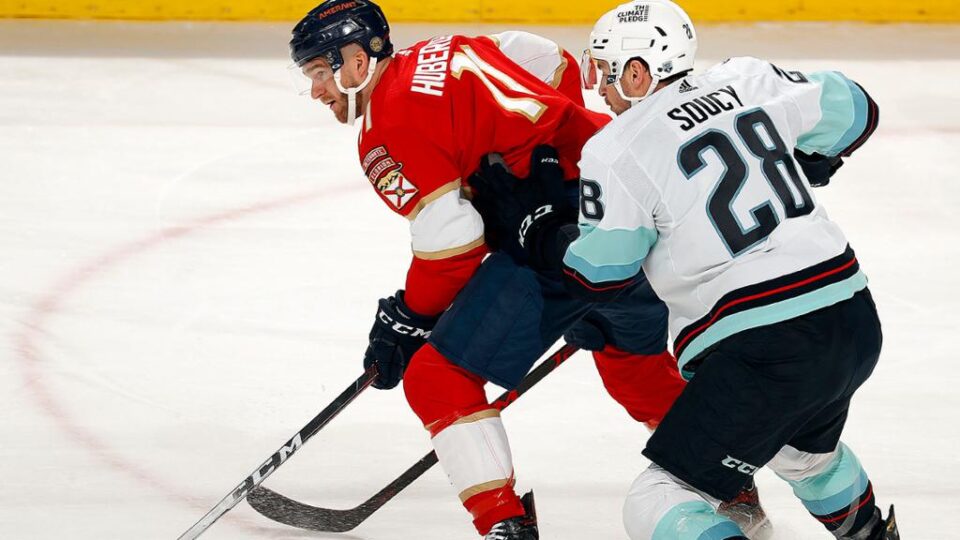 Welcome to the NHL On Tap. Three NHL.com writers will share what they are most looking forward to on the schedule each day. Today, their choices from the five games Sunday.

O’Reilly, Blues try to extend hot streakThe St. Louis Blues will attempt to keep their momentum going when they play the Vancouver Canucks at Rogers Arena (10 p.m. ET; SNP, BSMW, ESPN+, NHL LIVE). The Blues (24-11-5) won 5-0 at the Kraken on Friday and are 5-1-0 in their past six games. The catalyst has been forward Ryan O’Reilly, who scored nine points (four goals, five assists) during that six-game span. Forward Pavel Buchnevich was cleared from NHL COVID-19 protocol and played against the Kraken but did not accompany the team to Vancouver because crossing the border into Canada requires travelers to be at least 10 days removed from a positive test; Sunday will be the 10th day since Buchnevich’s last positive test. The Canucks (18-18-4) began a three-game homestead with a 2-1 shootout loss to the Panthers on Friday and will attempt to get back on track after going 2-3-1 in their past six. Vancouver’s Bruce Boudreau will become the 29th NHL coach to reach 1,000 games. — Mike Zeisberger, staff writer

The Senators (11-20-3) have scored nine third-period goals since Jan. 13, tied with the Panthers for third in the NHL. Blue Jackets (18-19-1) forward Gustav Nyquist leads the NHL with four shorthanded goals and is one from tying the single-season Columbus record of five scored by forward Rick Nash in 2008-09.

The Kings’ fourth line of Brendan Lemieux (seven), Blake Lizotte (five) and Arthur Kaliyev (seven) have combined to score 19 goals. The seven goals the Devils scored against the Hurricanes on Saturday matched their single-season high; they won 7-3 against the Panthers on Nov. 9.

Panthers forward Sam Reinhart has scored in 12 of his past 17 games (eight goals, 15 assists), including seven multipoint games. The Kraken have lost an NHL-high 17 games when trailing at the end of the first period (2-17-0).

Forwards Buchnevich, Jordan Kyrou and Ivan Barbashev share the Blues goal-scoring lead with 15 each. Forwards Bo Horvat, J.T. Miller and Conor Garland, and goalies Thatcher Demko and Jaroslav Halak are in COVID-19 protocol for the Canucks and questionable to play.