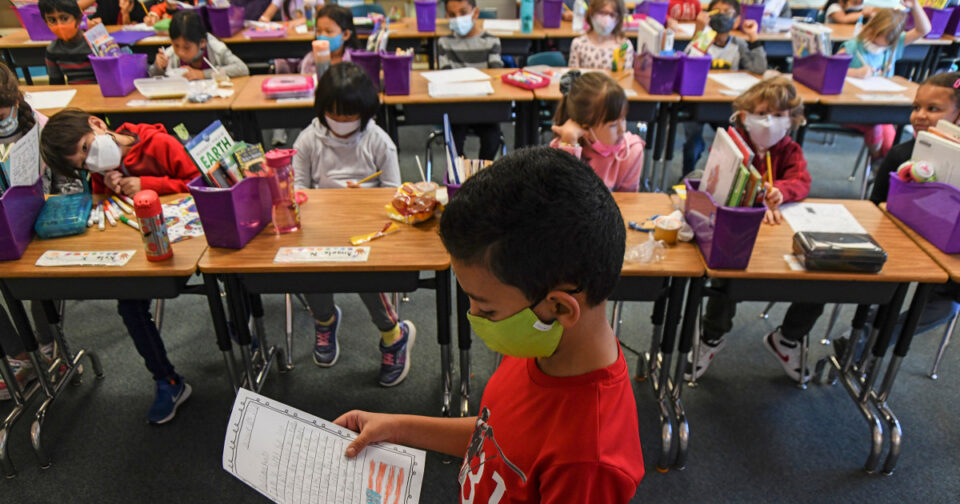 The districts said in a statement Monday morning that the lawsuit “defends the right of school boards to enact policy at the local level, including policies that protect the health and well-being of all students and staff.”

The lawsuit seeks to immediately stop the enforcement of Youngkin’s order, which allows parents to decide if their children wear masks in public schools despite districtwide mask requirements. The suit said the governor’s executive order, which took effect Monday, is “a clear violation of the School Boards’ constitutional rights and responsibilities” and local school boards were “vested with the authority and the responsibility to make that determination as part of their constitutional role to supervise the schools in their respective communities.”

“Without today’s action, school boards are placed in a legally untenable position — faced with an executive order that is in conflict with the constitution and state law,” the districts said in the statement. “This lawsuit is not brought out of choice, but out of necessity.”

Covid cases are up 41 percent in Virginia over the last 14 days, according to an NBC News analysis. As of Sunday, hospitalizations had risen 11 percent in the same period of time.

“With Covid-19 transmission rates high, our hospitals at crisis level, and the continued recommendation of health experts to retain universal mask wearing for the time being, this is simply not the time to remove this critical component of layered health and safety mitigation strategies,” the statement said. “School divisions need to continue to preserve their authority to protect and serve all our students, including our most vulnerable, who need these mitigation measures perhaps more than anyone to be able to continue to access in-person instruction.”

Macaulay Porter, a spokesperson for Youngkin, said in a statement that the administration was “disappointed that these school boards are ignoring parents’ rights.”

“The governor and attorney general are in coordination and are committed to aggressively defending parents’ fundamental right to make decisions with regard to their child’s upbringing, education and care, as the legal process plays out,” Porter said.

Youngkin issued the executive order earlier this month, saying parents “may elect for their children not to be subject to any mask mandate in effect at the child’s school or educational program.”

“Parents should have the ability to decide whether their child should wear masks for the duration of the school day,” the governor said in the order.

The lawsuit says the governor’s order is in violation of an existing Virginia law requiring local school boards adhere to recommendations by the Centers for Disease Control and Prevention.

The CDC recommends universal indoor mask use by all students ages 2 and older in K-12 schools, regardless of their vaccination status.