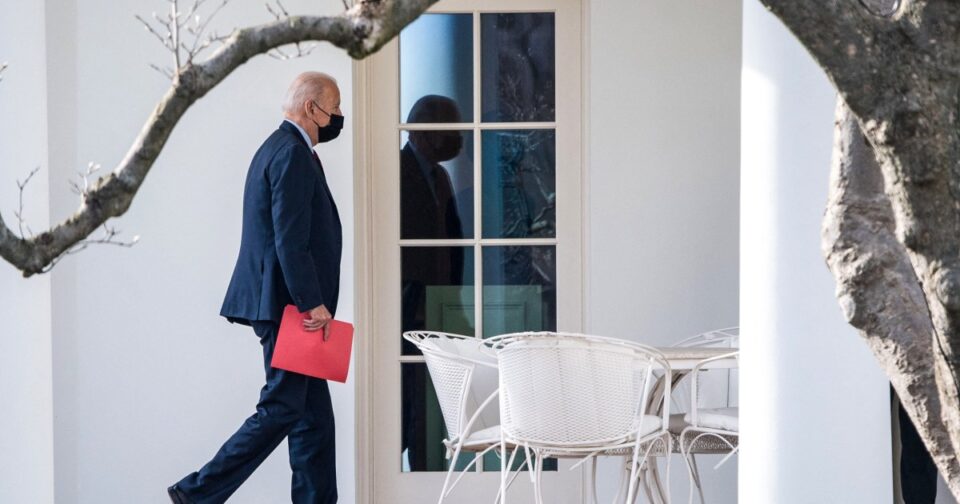 WASHINGTON — President Joe Biden is considering publicly outlining his Ukraine strategy, explaining to Americans how a U.S. response to any Russian invasion could affect this country, according to four senior administration officials.

The White House has discussed having Biden lay out his administration’s policy in a speech or other platform, such as an interview. But the timing has been in flux, in part because some administration officials are concerned that Russian President Vladimir Putin might use the moment to ramp up his aggression toward Ukraine or otherwise publicly undermine Biden, officials said.

The situation in Ukraine also is evolving in real time, officials said, making the right moment for an explanation of the U.S. policy difficult to pin down.

The Biden administration, for example, is still sorting out precisely what types of sanctions the U.S. and its European allies would impose on Russia if it invades Ukraine. And the U.S. and Europe have agreed to provide Russia with written responses to its demands regarding Ukraine as Putin continues to mass troops along the border.

A second official emphasized that the administration has been “aggressively” working to communicate with the public about how it views the evolving situation in Ukraine, with multiple briefings for reporters, television appearances by national security adviser Jake Sullivan and Secretary of State Antony Blinken and a speech by Blinken on the topic in Berlin last week.

“There is a daily calculation about what the president should speak directly to the American people about,” the official said. As for doing so now on Ukraine, the official said, “We’re not there yet.”

In recent days, the White House has been pulling together talking points for the president to hit in a possible speech or interview, including gathering information from the State Department, Pentagon and other agencies, officials said. They said Biden could lay out his policy in the coming days or next week but that no final decision has been made.

Asked Tuesday if Biden would speak publicly to Americans about Ukraine, White House press secretary Jen Psaki noted that he spoke extensively on the issue during a news conference last week.

“I don’t have anything to predict in terms of a public speech,” Psaki said, adding that “right now, a lot of our focus, and his focus, is on diplomacy, is on engaging with leaders, is on having conversations with members of his national security team.”

Some of Biden’s advisers inside and outside the administration have been urging the White House to have the president clearly articulate his policy and the stakes for Americans if the U.S. were to adopt economic sanctions against Russia that are as punishing as promised.

Those efforts intensified after Biden said in last week’s news conference that the U.S. and Europe were not on the same page in terms of how to respond to a “minor incursion” by Russia into Ukraine. If something short of a full-scale invasion were to occur, Biden said, the U.S. response would be calibrated and based on how robust a move across the border was.

The president and his top advisers have since sought to clean up that message, saying that any move by Russia across the Ukrainian border would elicit severe sanctions from the U.S. and Europe.

The sanctions Biden has threatened include measures as aggressive as sanctioning Russian banks, blocking their ability to transact in dollars and effectively cutting Moscow off from the SWIFT financial system, which is how banks send payments to each other.

He said last week that Americans, many of whom are already struggling economically, could be affected by sanctions targeting Russia.

“The serious imposition of sanctions relative to dollar transactions and other things are things that are going to have a negative impact on the United States,” Biden said at a news conference.

Over 500 corporations back effort to support Equality Act. Does it matter?