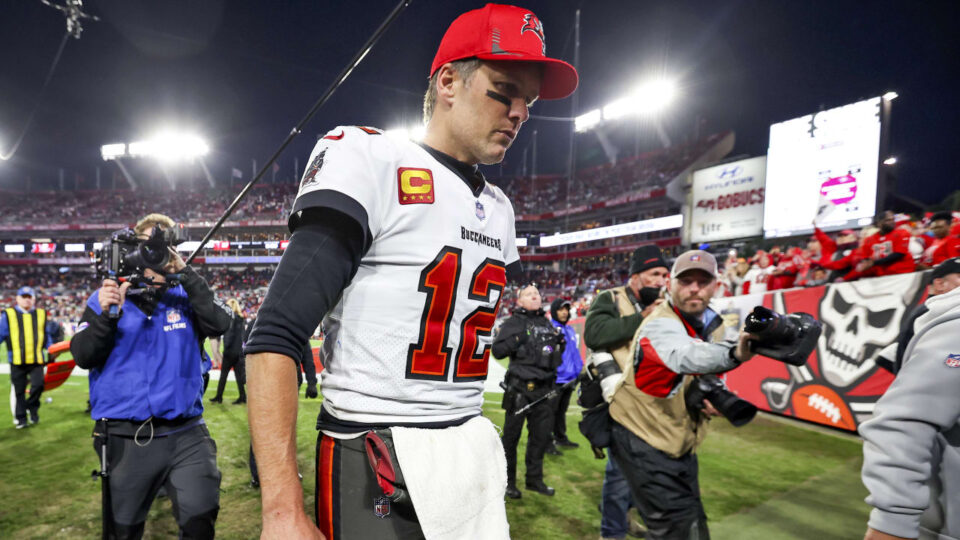 In addition to those titles, he’s also a husband and father.

Thusly, a day after the Tampa Bay Buccaneers’ season came to a conclusion in a 30-27 Divisional Round loss to the Los Angeles Rams, Brady let it be known that his upcoming decision on whether he’ll return for the 2022 season isn’t solely about what he wants to do, but also what’s best for his family.

“I think as I’ve gotten older, I think the best part is, is football is extremely important in my life,” Brady told Jim Gray on the Let’s Go! podcast. “And it means a lot to me. And I care a lot about what we’re trying to accomplish as a team. And I care a lot about my teammates. And the biggest difference now that I’m older is I have kids now too, you know, and I care about them a lot as well. They’ve been my biggest supporters. My wife is my biggest supporter. It pains her to see me get hit out there. And she deserves what she needs from me as a husband and my kids deserve what they need from me as a dad. And I’m gonna spend some time with them and give them what they need, ’cause they’ve really been giving me what I need the last six months to do what I love to do. I said this a few years ago, it’s what relationships are all about. It’s not always what I want. It’s what we want as a family. And I’m gonna spend a lot of time with them and figure out in the future what’s next.”

NFL Network Insider Ian Rapoport reported Sunday that Brady was going to take a step back and take some time to contemplate possibly retiring. Following Brady and the Bucs’ dramatic loss, the 15-time Pro Bowler said, “truthfully, guys, I’m thinking about this game and not thinking about anything past five minutes from now.”

His sentiments on the podcast would suggest he’s pondered what’s next quite a bit.

He’s also thought about the time and focus he needs to give to his club and teammates.

“You know, every year I just have to make sure that I have the ability to commit to what the team really needs,” Brady said. “And that’s really important to me. The team doesn’t deserve anything less than my best. And if I feel like I’m not committed to that, or I can’t play at a championship level, then you gotta give someone else a chance to play. And, you know, we’ll see. You know, again, there’s a long time between now and the start of next football season. I’ve gotta really figure those things out, which is probably natural for anyone.”

As the 44-year-old Brady approaches a possible age-45 season or retirement following the most successful career in NFL chronicle, it’s clear he’s in no rush to make a decision. In the end, his words portend to him taking all the time needed to decide what’s going to make him and his family happy going forward.

“Playing football I get so much joy from. I love it. But not playing football, there’s a lot of joy in that for me also now, too, with my kids getting older and seeing them develop and grow,” Brady said. “So all these things need to be considered and they will be. And, you know, the funny part is always that most guys retire and then move to Florida. I’m already in Florida! So it’s really confusing, even to me.”

And for the rest of us, the offseason awaiting Brady’s decision is underway.