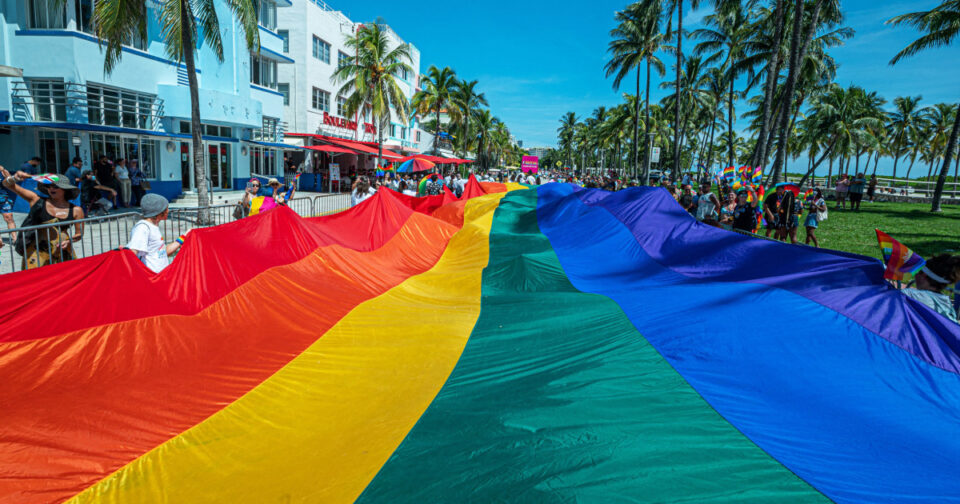 A business coalition that is urging the passage of landmark LGBTQ rights legislation grew to more than 500 companies Tuesday.

Launched in 2016 by LGBTQ advocacy group the Human Rights Campaign, the Business Coalition for the Equality Act is a group of U.S. corporations that have pledged their support for a bill that would federally ban discrimination based on sexual orientation and gender identity, known as the Equality Act.

As of Tuesday, the group was composed of 503 corporations — including 160 Fortune 500 companies — making it the largest business coalition to pledge support for LGBTQ equality, the HRC said. Corporations new to the coalition include McDonald’s, Harley-Davidson, Sony, REI, Honeywell, Edward Jones and Stop & Shop.

“Today’s announcement reinforces the breadth and depth of support for the Equality Act among America’s business leaders, who are joining a majority of Americans, hundreds of members of Congress, hundreds of advocacy organizations, and more than 60 business associations — including the U.S. Chamber of Commerce and the National Association of Manufacturers — in endorsing the federal legislation,” the HRC said in a statement.

To ensure protections nationwide, the House passed the Equality Act in February, largely along party lines, with only three Republicans throwing their support behind the bill.

The legislation faced Republican opposition again, stalling in the Senate in May. Republican senators argued that the bill would undermine women’s rights by allowing transgender girls and women to play on girls sports teams and would limit religious freedoms, among other things. Their argument echoed the nationwide push by conservative state lawmakers to restrict trans students’ athletic participation.

If the Equality Act were to pass in the Senate, President Joe Biden has repeatedly vowed to sign it into law. However, if he gets the opportunity to do so, he would still fall short of his campaign pledge to sign the bill into law within his first 100 days in office.

While Congress is split on the matter, a large majority of Americans, 82 percent, favor laws that protect LGBTQ people from discrimination, according to a poll published in October by the nonprofit Public Religion Research Institute.

The HRC cited the protections’ bipartisan backing among the American people as it lauded Tuesday’s milestone of corporate support for the Equality Act.

But as the HRC celebrated, some critics called its business coalition a form of “pinkwashing,” a term used to describe corporate exploitation of LGBTQ people.

“It’s a way for HRC to, like, ‘play with the big boys’ as it were, as well as to bring in money,” said Jay W. Walker, an organizer with the Reclaim Pride Coalition, the group behind New York City’s alternative LGBTQ Pride march. “For the corporations, it’s a way for them to pinkwash their images and to make LGBTQ people who don’t pay attention to the details think: ‘Oh great, they’re wonderful. They’re great corporate citizens.’”

Walker also noted that some of the same companies that publicly backed the passage of the Equality Act are funding the politicians who are standing in its way.

For example, AT&T, American Airlines and Southwest Airlines — which are member companies of the coalition — have each donated at least $48,000 to Sen. Ted Cruz, R-Texas, since 2017, according to campaign finance nonprofit organization OpenSecrets. Cruz was one of the Senate’s lead proponents against the Equality Act, calling it “dangerous.”

“We live in a society where you have to ferret out information in order to get the whole picture,” Walker said.

The business community’s support of the Equality Act is not the first time corporate America has tried to leverage its power to enact change for LGBTQ Americans. But the results have been mixed.

In support of same-sex marriage in 2015, 379 companies filed an amicus brief in the landmark Obergefell v. Hodges Supreme Court case, which resulted in the nationwide legalization of same-sex unions.

Conversely, as of Jan. 21, 2021, more than 150 companies had signed on to a pledge criticizing the slew of anti-trans bills proposed around the country. Hundreds of similar bills have been filed since then, with roughly 10 enacted into law last year.

Despite surge in hospitalizations, omicron is causing less severe illness