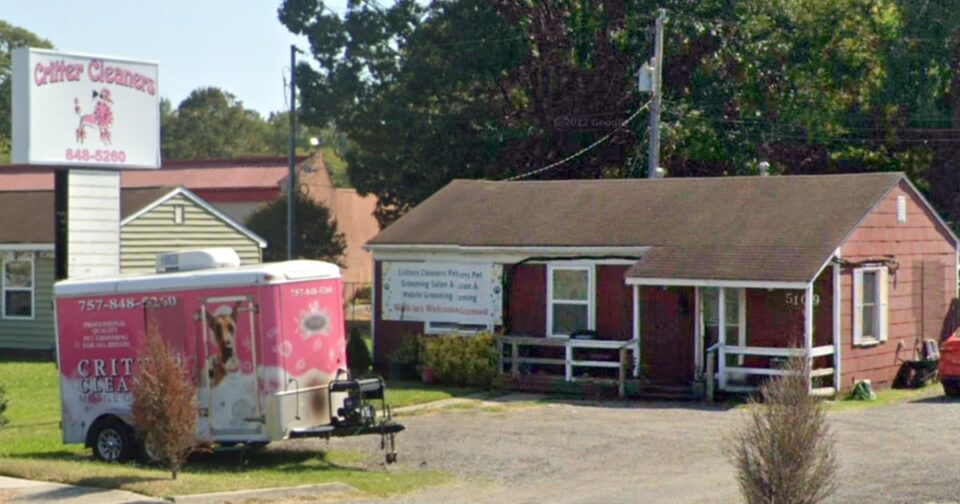 A suspect has been arrested in a Virginia case involving six stolen Siberian husky puppies, but two of the animals remained missing Monday.

Owner and breeder Bandi Murdock wasn’t reassured by the return of four of the 2-week-old dogs over the weekend, she said, because they’re still dependent on their mother for feedings every few hours.

“The puppies are not going to survive without their mom,” she told NBC affiliate WAVY of Virginia. “They’re still dependent on their mother.”

The pups were taken from Murdock’s pet grooming business, Critter Cleaners, in Hampton early Friday, police said. A suspect, who entered through a window, also took money, they said.

Groomer Libby Howard told WAVY that the burglary was discovered when she arrived Friday morning and discovered a messy store.

She said security video revealed the burglar entered about 1:30 a.m. by breaking a window hinge. The suspect ripped down a video camera, she said, but the footage remained.

Hampton police Cpl. E. Williams said in a statement Saturday that a 50-year-old man was arrested and booked on allegations including breaking and entering, grand larceny and animal larceny.

Murdock used social media, distributed missing-dog fliers and offered modest rewards in her search for the puppies. The fourth husky was returned Sunday, she said.

Those who returned the canines included a woman who said a man was selling them on the street, Murdock told WAVY. That woman said she was charged $100 for the animal, the pet salon owner said. A second woman said her boyfriend bought one of the dogs for $50.

Puppies from reputable and top breeders can cost more than $1,000.

The American Kennel Club says Siberian huskies, bred for carrying light loads over snow-covered and icy terrain, are rewarding to own. It highlights attributes that include sometimes-mischievous expressions, general cleanliness and inability to resist chasing small animals.

Experts say Siberian huskies and other puppies should remain with their mothers for at least eight weeks, and sometimes as long as 12 weeks, following birth.