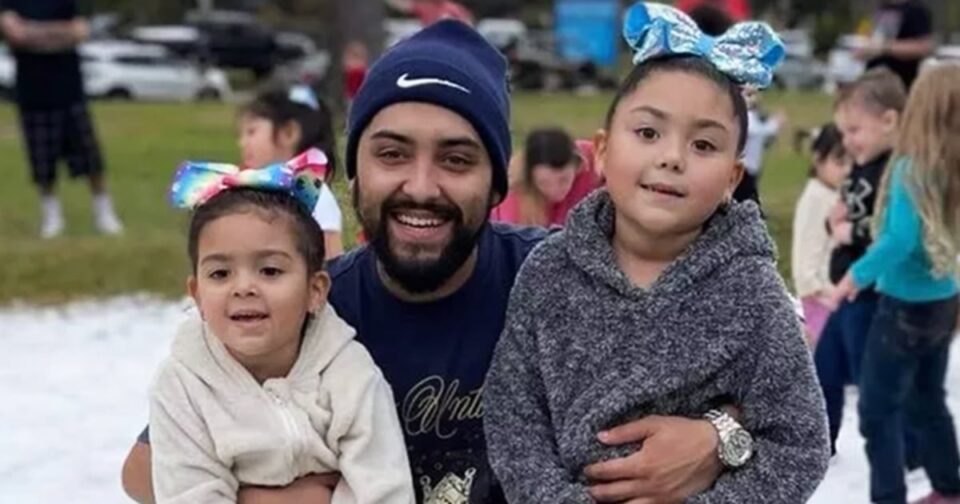 Texas authorities have charged a man accused of fatally shooting a father as he held a birthday cake meant for his 6-year-old daughter who was waiting for him at a nearby Chuck E. Cheese.

Antoine Daniel Badon, 27, is charged with murder in the Dec. 31 death of Calogero Duenes, who was holding the cake for his oldest daughter, Serina, when he was shot outside the restaurant in Humble.”We are happy to get some resolution to the family and hopefully get the family some answers to what happened to their loved one,” Humble Police Detective Lt. Eric Squier said Monday.

The gun Badon allegedly used was linked to a separate non-fatal shooting near a convenience store on Jan. 2, he said.

“We waited for ballistics to return for a weapon we recovered and it was linked back to our homicide over at Chuck E. Cheese,” Squier said.

Badon also matched witness descriptions of the suspects in both shootings, according to police.

He was arrested on Jan. 5 by Houston police after allegedly assaulting his mother, and on an aggravated assault with a deadly weapon warrant stemming from the non-fatal shooting, Squier said.

Records from the Harris County Jail on Monday afternoon show Badon remains in the facility on charges of aggravated assault with a deadly weapon, assault on a family household member and murder.

It was not immediately clear Monday afternoon if Badon has been arraigned. An attorney believed to be representing him was unable to be reached for comment.

Duenes, 24, was described as a doting father of two by his sister in-law, Rosemarie Uresti, 18.

“I feel so sorry for my nieces,” Uresti told NBC News earlier this month. “They have to grow up without a father now. He was a good father. He did everything for them.”

Amber Uresti, Duenes’ wife and mother of the couple’s children, told NBC affiliate KPRC of Houston that she can’t fathom what would cause someone to react with senseless gun violence when Duenes was practically defenseless.

“It’s a tragedy. I really can’t wrap my head around it. Like, I’m hurt. I can’t understand how someone can do that to someone that’s holding a cake,” Uresti said.

“My husband passed without me, without anybody to hold his hand, to comfort him. I want justice. I want justice for my children, for Calogero,” she told the station.

Duenes’ relatives could not be immediately reached Monday.

Humble police said Duenes’ slaying occurred about 4:50 p.m. and officers working on an unrelated case nearby heard three gunshots “coming from the area of Chuck E. Cheese.” Witnesses said the victim had a “verbal altercation” with a suspect in a Ford. The suspect shot the victim and then fled before responding officers arrived, police said.

Fauci expects most states to reach peak omicron by February. Close to half already have.