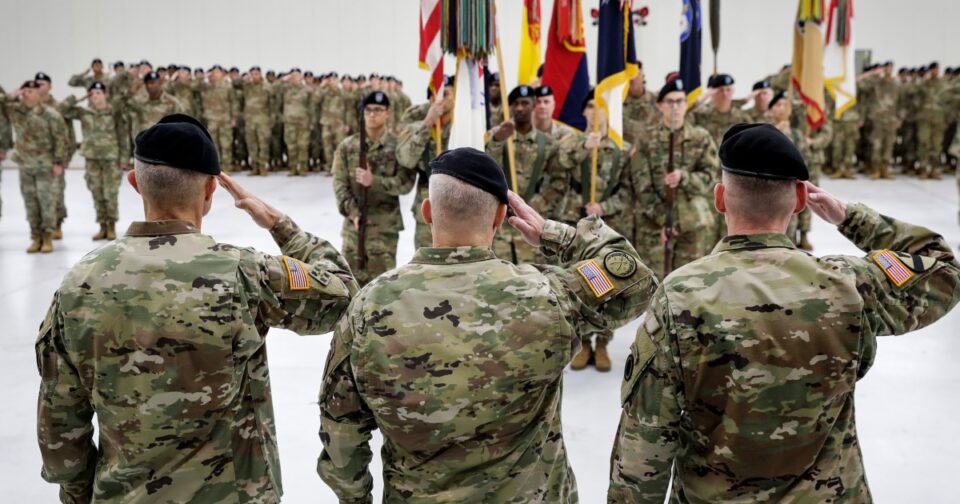 The “Island Boys,” TikTok personalities who went viral for their widely ridiculed freestyle “I’m an Island Boy,” appeared in a recent Cameo video encouraging viewers to join the Army.

The Army banned TikTok on government phones in 2019, citing security concerns, and recruiters aren’t supposed to use the app for recruitment purposes on their personal devices, either.

That hasn’t stopped recruiters from promoting enlistment on TikTok. The Island Boys video is the latest instance of Army recruiters’ using online platforms to reach younger people in a national labor shortage.

Brothers Franky and Alex Venegas, known together as the Island Boys, appeared last week in a video posted to TikTok by Orlando Tamez, a Texas-based Army recruiter. Tamez used Cameo, a shoutout app that allows fans to pay stars for personalized videos.

“And free college, no money,” they both say.

It’s unclear how much Tamez paid for the video or whether it was paid for with Army funds.

A representative for U.S. Army Recruiting Command said in an email Monday evening that the video wasn’t sanctioned by the Army.

The video has already made its rounds. In the subreddit r/Army, a user commented: “Unbelievable. Didn’t think things were this rough.”

The Island Boys are a strange choice for influencer marketing, given their reputations online.

The brothers first gained notoriety online in a TikTok video posted in October, in which they freestyled a song that repeats the sentence “I’m an island boy.”

The video quickly went viral online. Some TikTok users mocked it by posting their own imitations of the brothers’ spiked hairstyles and contrived Caribbean accents. The Venegases, who are of Cuban descent, have been criticized for culturally appropriating Afro-Caribbean aesthetics and using racial slurs in their other songs.

The brothers have since capitalized on their viral fame on Cameo. They charge $135 to $180 for personal use videos and $600 and above for video content for businesses.

The Venegas brothers have also discussed their previous criminal charges related to burglary, robbery, grand theft auto and drug possession. In an October episode of the podcast No Jumper, they said they had both spent time in prison.

Franky Venegas was accused of domestic abuse this month by his girlfriend, Montaisha Shanell, who made the allegations during an Instagram Live session and in a post before she deactivated her account. Shanell didn’t immediately respond to a request for comment.

TikTok star Bryce Hall announced last week that he might fight the brothers in a boxing match after weeks of online feuding, although he tweeted that the fight “might draw attention away from” the allegations against Franky Venegas.

Army recruiters often use TikTok. But it’s frowned upon.

Branches of the armed forces are increasingly using social media to encourage recruitment, especially in the last few years.

In 2020, the Army and the Navy created esports teams and began streaming video game content on Twitch as part of their outreach strategies.

The same year, Twitch cracked down on the Army’s account, which advertised prize giveaways in its stream chat. The links would direct anyone who clicked on them to an Army recruitment form. New recruits can’t enlist until they’re at least 17; Twitch’s minimum age to use the platform is 13.

It is deeply concerning that Army recruiters are willingly using a social media platform identified as a clear national security threat. I urge you to take decisive action to immediately end this practice.

Following Defense Department guidance, the Army banned the use of TikTok on government phones in December 2019, citing security concerns on the Chinese-owned app. Kelli Bland, the Army Recruitment Center’s director of public affairs, told Defense One that recruiters shouldn’t use their personal phones to promote recruitment on TikTok, either.

“Per our policy, recruiters are only allowed to conduct official business using government devices, so at this time, they should not be using TikTok for recruiting purposes either from their government or personal devices,” Bland said.

“It is deeply concerning that Army recruiters are willingly using a social media platform identified as a clear national security threat,” Rubio wrote. “I urge you to take decisive action to immediately end this practice.”

Recruiting officials also hope to entice people with bonuses. Military recruiting officials announced this month that new recruits are eligible for bonuses of up to $50,000. The incentive, for qualified recruits who sign up for certain career paths and agree to six-year active-duty enlistments, is aimed at luring the “same talent” that private companies are competing for.

FDA halts use of antibody drugs that don’t work vs. omicron