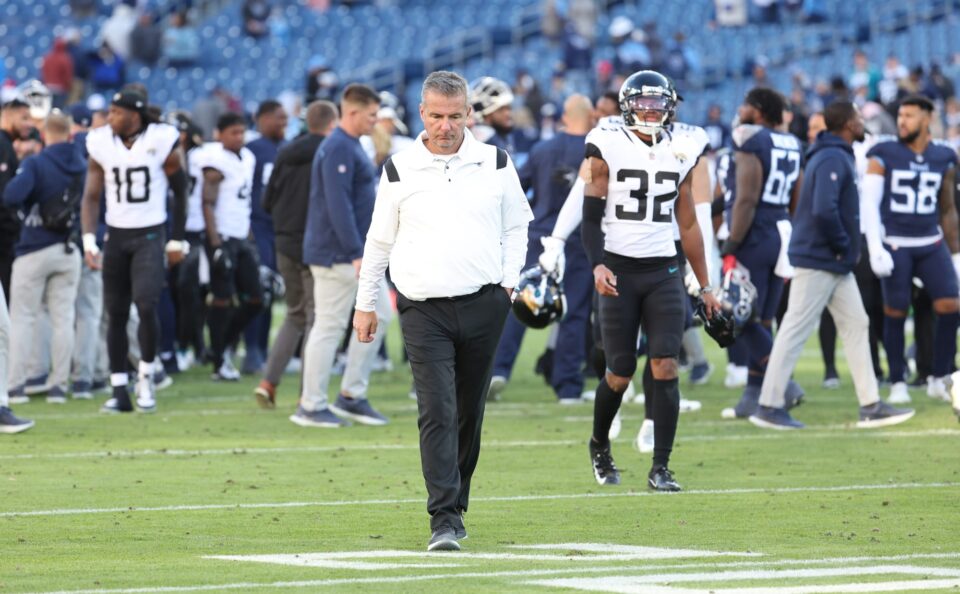 NASHVILLE, TENNESSEE – DECEMBER 12: Urban Meyer the head coach of the Jacksonville Jaguars against the Tennessee Titans at Nissan Stadium on December 12, 2021 in Nashville, Tennessee. (Photo by Andy Lyons/Getty Images)

It sounds like former Jacksonville Jaguars head coach Urban Meyer didn’t really enjoy his time in the NFL. While Meyer is considered a college football legend, his time leading a pro football team was far less successful and he ended up being fired before his first season as a NFL coach was completed.

Meyer recently sat down with Dan Dakich of OutKick to discuss a variety of topics regarding Meyer’s less-than-stellar experience in the NFL.

According to Meyer, the whole losing more than winning deal was pretty tough for him to accept.

“It eats away at your soul,” Meyer said.

Meyer also said his time in the NFL was the worst coaching experience he’s had.

“It was the worst experience I’ve had in my professional lifetime,” the former Jaguars coach explained.

Check out the full interview here.

Urban Meyer still struggling with losses after leaving Jacksonville JaguarsThat doesn’t sound like much fun. But, a lot of the lack of success that the Jaguars had should probably be attributed to Meyer. At the end of the day, he was the head coach and Jacksonville very clearly had multiple issues going on.

He shares some blame in all of that.

Some of the awful lowlights from Meyer’s experience with the NFL? Well, there’s that time Meyer allegedly called his assistant coaches “losers” and also the time he reportedly kicked a player for missing a kick.

Oh, and he left the coaching facility in a pretty embarrassing manner.

None of this adds up to a good time for anyone. It’s probably a good thing for everyone that Meyer is out of the NFL.

Bulk Notebooks and Legal Pads for Your Business

Building Bitcoin Communities From The Ground Up In The Philippines

Wayne Taylor: DPi class has been IMSA’s “best ever”