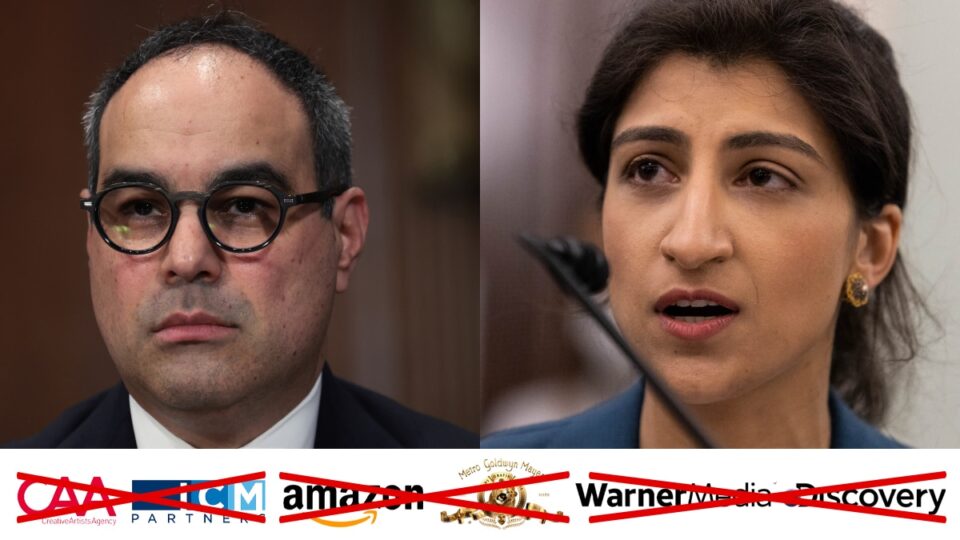 “I’ll believe it when I see it,” Matt Bilinsky, a tech and media-focused attorney at Weinberg Gonser LLP, told TheWrap. “There are too many lanes where the Biden Administration has suggested more intrusive government action or rollback the more permissive approach over the past decade, but they seem to be taking their precious time in actually implementing or taking any serious policy position.”

Last week, the Justice Department’s antitrust division and the Federal Trade Commission launched a joint public inquiry aimed at “strengthening enforcement against illegal mergers.” It’s a signal that federal regulators, dealing with an M&A surge across multiple industries, are going to take a tougher stance on consolidation.

“Evidence suggests that decades of mergers have been a key driver of consolidation across industries, with this latest merger wave threatening to concentrate our markets further yet,” FTC chairperson Lina Khan said during a press conference. “While the current merger boom has delivered massive fees for investment banks, evidence suggests that many Americans historically have lost out, with diminished opportunity, higher prices, lower wages, and lagging innovation.”

Jonathan Kanter, who heads up the Justice Department’s antitrust division, added: “We need to understand why so many industries have too few competitors, and to think carefully about how to ensure our merger enforcement tools are fit for purpose in the modern economy.”

Diana Moss, president of the nonprofit advocacy group American Antitrust Institute, said it’s been long past time for the two government agencies to not just rubber-stamp deals. “What we see from the Biden enforcers is a lot of signaling that they are willing to be more aggressive,” Moss said. “They are willing to take that risk that is necessary to get stronger enforcement and start unwinding the damage from 40 years of consolidation.”

Moss also challenged the current practice of having the two agencies split up which mergers are reviewed. (For example, the Justice Department is leading the review on Discovery and WarnerMedia’s $43 billion deal, as well as CAA’s acquisition of ICM Partners — while the FTC is reviewing Amazon’s $8 billion takeover of MGM.)

“These deals are going to be cleared through different agencies,” Moss said. “Splitting up the supply chain, by sending different mergers to different agencies for review, runs the risk of not having a sector-wide coherent enforcement policy. That is vitally important because of how much consolidation there has been.”

The Biden administration’s signals of a deeper inquiry into mergers has already slowed the process in some cases. CAA pushed back its expected closing date on the ICM merger because the Justice Department was taking a longer-than-expected look.

But Bilinsky doesn’t believe that the CAA-ICM merger is in any real danger. “It could be laying the groundwork for future proposed mergers to scare people,” he said.

Decades of history could stand in the way of any meaningful overhaul. At very least, any rejection of a major merger would force regulators to break with precedent. “Trying to block, for instance, the MGM-Amazon merger would be such a departure from recent history, that it would take the government establishing new modes of doing business that haven’t really been present during the era of tech companies,” Bilinsky said. “How are you going to block Discovery-WarnerMedia when it’s an unwinding of a deal that was already approved?”

The FTC’s Khan has not made it hard to know her opinion on Amazon and its acquisitive ways. She has long been an outspoken critic of Big Tech, even writing a paper at Yale Law School in 2017 titled “Amazon’s Antitrust Paradox” that was highly critical of the e-retailer. She accused the retail giant of circumventing antitrust oversight because current laws are not robust or nuanced enough. Amazon unsuccessfully petitioned Khan to recuse herself from the review of the MGM deal.

Indeed, some analysts suggest that Amazon’s play for MGM will draw heavier scrutiny — and not just from Khan’s FTC — because “people don’t like Amazon.”

“Amazon is ‘too big’ so both sides of the aisle are taking a swing,” Greenberg Glusker partner Sky Moore told TheWrap. “It’s just politically expedient. It’s the dumbest antitrust objection of all time, because there’s obviously no horizontal monopoly going on. If Amazon was buying Walmart or something, I would get it, but for them to buy MGM — they’re just attempting to compete with the volume and library that Disney and Netflix have.”

Moore argued that if another tech company, like Apple, had moved to purchase MGM, the deal would not get this much scrutiny. “They’re not going to be the only ones doing this,” Moore said. “Apple better get its act together and go buy a library because it doesn’t have any depth. That’s vertical integration, not horizontal integration and antitrust should only be aimed at horizontal integration. It shouldn’t give a damn about vertical.”

What Ever Happened to Hotmail?