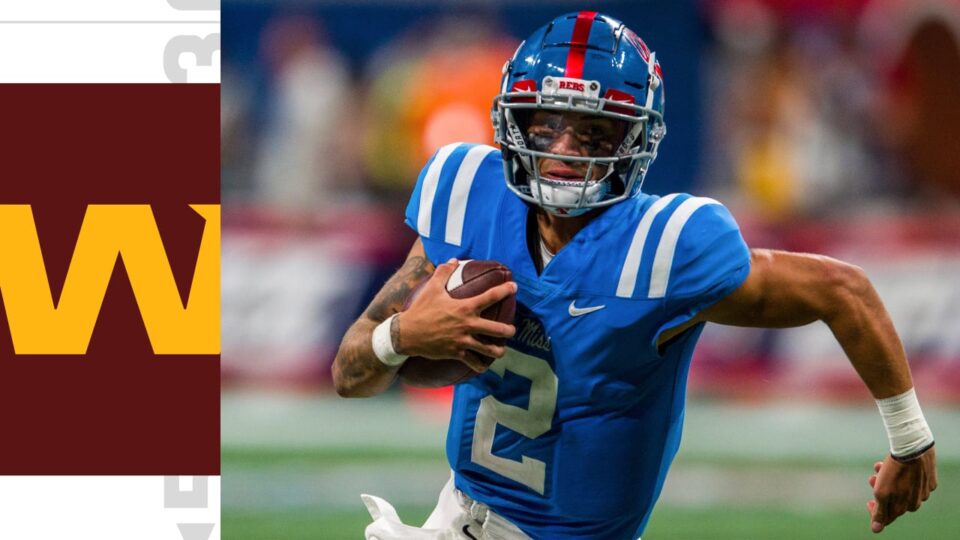 With the top 28 picks set for the 2022 NFL Draft, here’s my first projection of how the entire first round will play out in Las Vegas on April 28.

NOTE: The order for the final four spots below will be determined by the outcome of the remaining playoff games.

School: AlabamaYear: JuniorProtecting franchise quarterback Trevor Lawrence is the No. 1 priority for Jacksonville. With Cam Robinson set to hit free agency, the Jaguars could pair Neal with 2021 second-rounder Walker Little to man the edges for years to come.

School: MichiganYear: SeniorDetroit coach Dan Campbell could fall in love with the ultra-athletic, high-motor pass rusher with Michigan roots. Hutchinson’s relentlessness and superb technique could make him a double-digit sack artist early in his career.

School: OregonYear: JuniorThe electric pass rusher has a boom-or-bust feel to his game, but his raw tools are just too enticing to ignore. If NFL coaching can fully unlock his potential, Thibodeaux could shine as a shop wrecker off the edge on Sundays.

School: CincinnatiYear: JuniorTaking an offensive tackle could be the initial plan here, but in this scenario, the cornerback greatly outranks any OT left on the board. Gardner teams with last year’s first-round pick, Jaycee Horn, to give the Panthers a dynamic duo on the island.

School: MichiganYear: Sophomore (RS)The Giants have always been at their best when a dominant defensive front can take over the game. The ultra-twitchy pass rusher from Michigan would add significant juice.

School: LSUYear: JuniorDespite a pair of subpar seasons to finish his career at LSU, Stingley is a bona fide five-star talent with outstanding tools and playmaking ability.

School: Ohio StateYear: JuniorBuilding around Zach Wilson will require the Jets to expend top picks on perimeter playmakers. Wilson is an A+ wideout with soft hands and superb route-running skills.

School: Ole MissYear: Junior (RS)It’s time for Ron Rivera to get his franchise quarterback. The Ole Miss standout is a prolific playmaker with some dual-threat capabilities.

School: PurdueYear: JuniorThe energetic pass rusher could step in immediately to spark a front line that needs another QB hunter.

School: USCYear: JuniorPerhaps adding a supersized pass catcher with extraordinary length and leaping ability can unlock Baker Mayfield’s full potential. London is a former stud basketball player with a knack for winning 50-50 balls on the perimeter.

School: IowaYear: Junior (RS)The team’s success with eight-time Pro Bowler Marshal Yanda could prompt general manager Eric DeCosta to fish in the Hawkeye pond again when searching for a potential replacement for pending free agent Bradley Bozeman. As an exceptional athlete with a refined technical game, Linderbaum could step in and dominate from Day 1.

School: Notre DameYear: JuniorThe addition of a playmaking safety with range, ball skills and thump would upgrade an Eagles secondary that could lose a pair of starters in the back end.

School: ArkansasYear: JuniorWith three first-round picks, the Eagles can afford to add another wideout to the lineup as a luxury item. Burks’ size, strength and ball skills would make him the perfect WR2 to pair with DeVonta Smith on the outside.

School: Ohio StateYear: SeniorIn the immediate aftermath of Sean Payton’s decision to step down, it’s hard to project what the plan will be at quarterback. I’ll save that speculation for future mocks, when we know who’s taking over. Olave would give the Saints a polished route runner and point scorer to build around, with or without Michael Thomas in the lineup.

School: Florida StateYear: SeniorThe Eagles need to find a replacement for 33-year-old Brandon Graham on the edges. Not to mention, Derek Barnett’s hitting the open market. Johnson could get the call as an athletic pass rusher with a non-stop motor.

School: GeorgiaYear: JuniorFiguring Ben Roethlisberger’s retirement is forthcoming, Mike Tomlin could remake Pittsburgh into a defensive-centric squad once again. Walker would give the Steelers a disruptive D-lineman with the capacity to play as a three- or five-technique in a three-man front.

School: UtahYear: Senior (RS)The Patriots need an infusion of speed, athleticism and explosiveness at linebacker. The Pac-12 Defensive Player of the Year is a bit of a Swiss Army knife at the position with the capacity to play in space or create disruption on blitzes.

School: GeorgiaYear: SeniorTaking a run-stopper early in the draft isn’t sexy, but Davis is a true difference-maker at the point of attack. The mammoth defensive tackle could single-handedly neutralize opposing ground games and create more pass-rush opportunities for Maxx Crosby and Yannick Ngakoue.

School: WashingtonYear: JuniorU-Dub has treated the Cardinals well, with Budda Baker and Byron Murphy contributing in a major way in the desert. McDuffie could emerge as the next Husky to step into a starring role as a rock-solid cover corner with a steady game.

School: Texas A&MYear: JuniorThe Cowboys must address their declining offensive line to help Dak Prescott and Ezekiel Elliott improve their play in 2022. Green would step in as a Day 1 starter at left guard and eliminate some of the leakage in the middle.

School: AuburnYear: SeniorSecondary play has been the strength of the Bills’ top-ranked defense. McCreary would add another lock-down defender to a unit that specializes in tight coverage.

School: Penn StateYear: SeniorUpgrading the WR corps is a priority, seeing how the passing game struggled at times this season. Dotson is a big-play specialist with sticky hands and outstanding route-running skills.

School: FloridaYear: JuniorThe Buccaneers need an athletic corner with A+ cover skills on the island. Elam holds up well in one-on-one matchups and fits Tampa’s style as an aggressive man-to-man defender.

School: Texas A&MYear: JuniorThe ultra-athletic Leal possesses the length, athleticism and versatility to thrive in the Packers’ defense. Given the team’s success in developing raw prototypes (SEE: Rashan Gary), Leal could be a perfect fit as a gifted prospect with huge upside.

NOTE: The order for picks 29-32 will be determined by the remaining postseason games. For now, they are presented based on final regular-season record and strength of schedule.

School: Central MichiganYear: SeniorThe Bengals will make upgrading the offensive line the No. 1 priority this offseason. Raimann has the potential to play inside or outside as a pro.

School: GeorgiaYear: JuniorThe high-IQ linebacker is a spectacular leader and sideline-to-sideline playmaker in the middle.

School: PurdueYear: JuniorThe ultra-productive pass catcher is not flashy, but is effective as a No. 1 option in the passing game. Bell’s crafty route-running skills would make him a nice complement to Amon-Ra St. Brown.