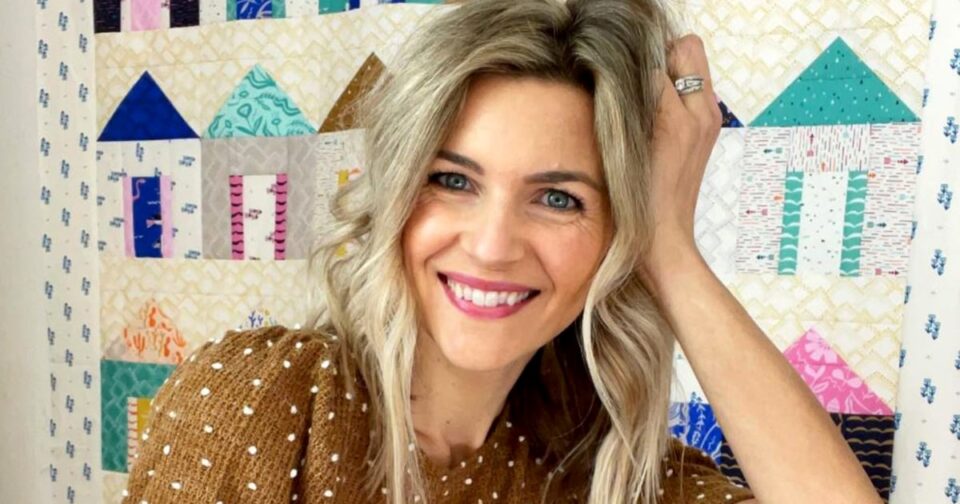 Crafting Youtuber Melanie Ham, who ran a popular channel dedicated to sewing, crocheting and DIY tutorial videos, has died of cancer at the age of 36.

Her husband Robert announced her death on her Instagram on Jan. 12, saying “Melanie fought like a warrior queen” against “this insidious disease.”

Ham, who had over 800,0000 subscribers on her channel with some videos reaching over 5 million views, said in an August 2020 blog post she was diagnosed with epithelioid angiomyolipoma, which is part of the sarcoma family of cancers.

Sarcomas are rare cancers that develop in the bones and soft tissues, according to Johns Hopkins Medicine.

“It is with a heavy heart and deep sadness I share the news of the passing of my sweet, amazing, beautiful wife Melanie,” her husband wrote in announcing her passing. “Over the past few months things have been progressively getting worse and we’re thankful that we made it to this point through the holidays and tried to make every moment count.”

Her death came just nine days before of their 16-year wedding anniversary, he said.

“Despite the deep grief my family and I feel today we want to celebrate an amazing woman and a life well-lived. She loved passionately, created beautifully, provided abundantly and was my best friend all the way to the end,” her husband wrote.

“She was an extraordinary woman and God has another beautiful angel,” he added. “She can now walk, and sing, and dance in a way her body did not allow over the last few months.”

Speaking on her health in the August 2020 blog post, Ham said the cancer is “very, very rare” and “behaves differently than a typical cancer which is why it was so unpredictable.”

In an October 2021 update, she said she underwent surgery in May and despite a successful procedure, five weeks later she had new symptoms and a scan showed the “the cancer spread and had become very aggressive … again.”

She said she underwent a harsher chemotherapy regimen that caused her hair to fall out.

“We were of course hopeful that this chemo would work but after a few rounds we scanned again and the chemo wasn’t doing a darn thing — all the cancer was still progressing. Another gut punch,” Ham wrote.

At the end of August she switched chemo drugs.

“We’re always trying to stay optimistic that this will be the treatment that works, but the truth is there is no clear path on how to battle this, so we’re just gonna keep fighting,” she said.

Fans were heartbroken to hear the news of her passing.

“I’ve thought of her so many times the last few days. I learned to quilt just this past year by watching her videos, her beautiful soul came through the screen, and she felt like an old friend. I’m so incredibly sorry for your loss, so sad to hear this news,” one person commented on the Instagram post.

“I’m heartbroken,” another fan wrote. “I loved watching Melanie make things, even if I wasn’t going to make it myself. She made everything look so easy and fun. I’m so sorry for her family, especially her beautiful children.”

A Celebration of Life ceremony for Ham will be held Saturday in Valencia, California, which will be livestreamed.

‘We are seeing a new level of despair’: Latinas decry impact of Texas abortion law