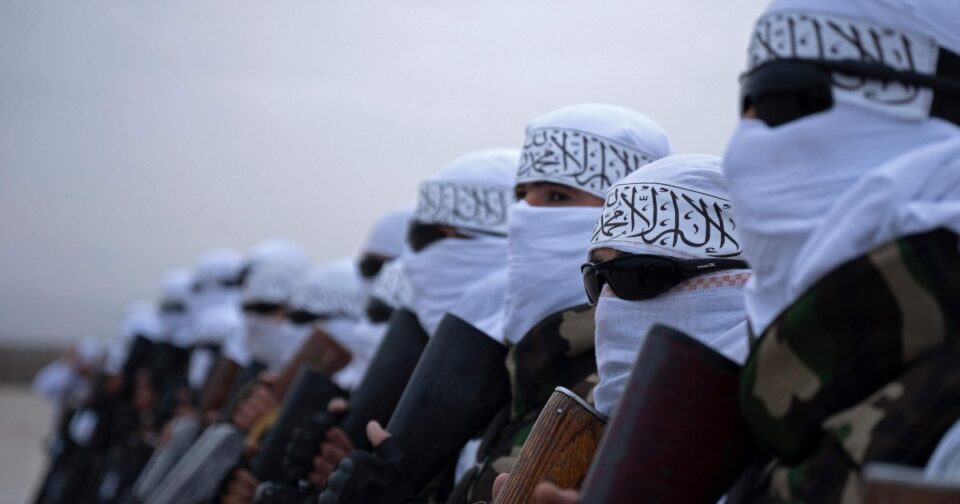 LGBTQ Afghans have increasingly been threatened, beaten and raped since the Taliban took control of the country in August, a new report found.

The advocacy groups Human Rights Watch and OutRight Action International compiled a snapshot of how the freshly reawakened Taliban regime has targeted Afghans based on their sexual orientation or gender identity. And while LGBTQ Afghans have long lived in peril, the groups concluded that the situation has “dramatically worsened” following the Taliban’s takeover.

“The thing that I think we heard most commonly from people who we interviewed, who are still in Afghanistan, is that they don’t leave their rooms. The level of fear of being targeted is so great that they feel like they’re risking their lives to go buy food,” said J. Lester Feder, one of the study’s co-authors and a senior fellow for emergency research at OutRight Action International. “And beforehand, these were people who had jobs or had ways to eat, who could go about their cities — and that’s a real change.”

For the report, released Tuesday night, the researchers interviewed 60 lesbian, gay, bisexual, transgender and queer Afghans, most in their 20s, from October to December of last year. Through telling the stories of their interviewees’ allegations of abuse, the report illustrates how threats, violence and harassment against LGBTQ people have become more common under the Taliban’s rule.

A few weeks after Taliban forces overtook Afghanistan’s capital, Kabul, in August, a 20-year-old gay man reported that Taliban members had detained him at a checkpoint. He was then beaten and gang-raped, he said.

“From now on anytime we want to be able to find you, we will,” Taliban members told him following the attack, according to the report. “And we will do whatever we want with you.”

After the incident, the young man went into hiding, the report said, but the Taliban then moved on to harass and attack members of his family. In one instance, Taliban fighters spent three days in his family’s home, interrogating and beating them, researchers reported.

The report also detailed an uptick in abuse faced by LGBTQ Afghans from their own family members.

One interviewee, a lesbian from a small Afghan village, said that her uncle and male cousins became emboldened to kill her after they joined the Taliban.

“If you’re not going to do this, we will do it,” she recalled a relative saying to her parents, according to the report. “We have the authority.”

Heather Barr, a co-author of the report and an associate director of the women’s rights division at Human Rights Watch, attributed the attacks by family members to fear of the Taliban’s wrath themselves.

“There’s a kind of feeling that you get credit from the Taliban for turning people in, that a way to keep yourself safe is to rat out other people,” Barr said. “Some people are clearly feeling like the way to keep themselves above suspicion is to hand in other people in this environment where there’s no kind of protection from rule of law.”

The report also outlined how gender-nonconforming individuals, in particular, have been subjected to danger under the Taliban’s rule. Several of the report’s interviewees told researchers that they were beaten on the street for wearing clothes that did not conform to gender norms, or looked “too Western.”

“Every moment we receive threats and calls,” said an Afghan trans woman, according to the report. “Even children on the street say, ‘You’re still here? Why hasn’t the Taliban taken you yet?’”

Nemat Sadat, a former political science professor at the American University of Afghanistan, echoed the sentiment that, among LGBTQ Afghans, trans and gender-nonconforming Afghans are more vulnerable to attacks.

“A cisgender gay or bisexual male, who could grow a beard, who can look like the Taliban, who could wear their clothing, who could dress like them … they won’t even be questioned,” said Sadat, who told NBC News that he has spoken with over 200 Afghans who have been targeted or tortured by the Taliban since August.

“A lot of Afghans want to get out, and we should try to help all of them, but we have to prioritize,” Sadat added, suggesting trans and gender-nonconforming Afghans should receive help first.

To aid LGBTQ Afghans, the authors of the report urged other countries — and the United States specifically — to expedite their applications for evacuation and resettlement, support humanitarian assistance programs that specifically target LGBTQ Afghans and apply diplomatic leverage.

Throughout the U.S. military’s withdrawal from Afghanistan in August, advocates and lawmakers urged the State Department to specifically include LGBTQ Afghans in its pledge to evacuate vulnerable people from the country. That request, however, went unanswered.

But, describing the efforts as of “utmost importance,” a spokesperson for the State Department told NBC News in an email that the Biden administration will continue to help LGBTQ Afghans through “diplomacy, international influence, and humanitarian aid.” The spokesperson also acknowledged that evacuating LGBTQ Afghans is “extremely difficult” and “potentially dangerous.”

“The best we can say is that we know by numbers that we will help some, but we are unlikely ever to be sure how many since many people cannot disclose their sexual orientation, gender identity, or sex characteristics due to shame, stigma and fear of backlash,” the spokesperson said.

Only Canada, the United Kingdom and Ireland have publicly announced that they would commit to resettling LGBTQ Afghans.

“I’m disappointed overall in the international community’s sort of growing disengagement from all human rights issues in Afghanistan, but I think that this one has been particularly neglected from the beginning,” Barr said, referring to the plight of LGBTQ Afghans.