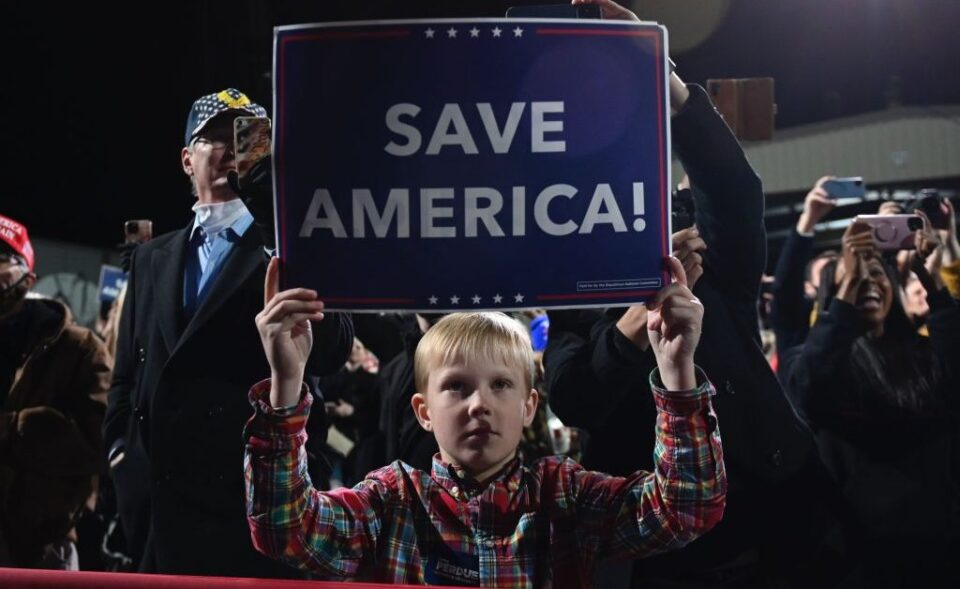 The kids aren’t OK and they’re ready to vote. That should leave everyone in Washington worried.

Millennial and Gen Z Americans—those in their early 40s and younger—already outnumber Baby Boomers. To date, it’s been Boomers, the largest voting block for the last three decades, who show up on Election Day, whereas their kids and grandkids, broadly speaking, are chronically absent. But if 2020 and its remarkable participation among new voters is an indicator, that’s projected to flip in short order. Plenty of projections suggest that Millennials and Zoomers are poised to overtake the Boomers in both number and political clout, perhaps as soon as this year. It would be a fundamental remaking of how American campaigns are waged: ads during Wheel of Fortune are out, Snap ads are in, for instance.

It also turns out that these rising voters, who may be the majority of the deciders in this November’s midterm elections, are seething. New polling from a nominally apolitical coalition of youth-focused groups suggest pessimism over America’s future runs five times as strong among Americans under 40 than optimism. The Civiqs polling conducted for the Alliance for Youth Organizing finds two-thirds of all young people sharing that dour view, and it doesn’t really matter what political party they align with. While Democrats and independents each outnumber Republicans by a 2-to-1 margin, each bloc’s allegiance to a party is not all that strong. The unhappiness is strongest with those on the younger end of that spectrum, namely those 25 and younger.

“The changes that we’ve observed have not been so much about what young people are saying their priorities are,” says Drew Linzer, the director and co-founder of Civiqs. “It’s about a growing feeling of disappointment that action has not risen to the level that they hoped for.”

Any number of reasons explain the discontent. Those at the older end of the spectrum saw their early careers held back because of the 2008 financial crisis and its recovery. Younger Americans were expecting to matriculate into a strong economy now made weaker by COVID-19. “We have a generation of young people—mostly Gen Zs—who have had so many tragic moments in their lives, especially school shootings, who have activated them,” says Dakota Hall, the executive director of the Alliance for Youth Organizing.

Why should Washington care? Judging from the numbers in the polls and in the 2018 and 2020 elections, these voters are finally realizing the power they can wield, and D.C. is a major part of their discontent. A full 91% of Democrats in this demographic say they are angry or frustrated with what’s transpiring on the Potomac. Among Republicans, that number hits 93%. (Young Republicans’ angry score is also twice that of Democrats.) Among the entire sample, there is almost zero variance among racial groups, suggesting that contempt for Washington might be what bridges political and racial differences.

A 72-slide presentation is set to be sent to allies tomorrow to inform them of the political environment they’re navigating for goals like registering voters, promoting progressive policies and combating injustice. (They’re officially nonpartisan, they’ll tell you.) Inside that trove of data comes a few warnings that line up with other harbingers of doom ricocheting around Democratic circles as the nation just days ago marked Joe Biden’s first year in the presidency.

These Americans under 40, to be clear, are not big fans of the President. Even among Democrats in the sample, a full 1-in-5 said Biden’s team was not working on policies to help their lives and one-third said their view of Democrats has gotten worse since they won control of Congress in 2020. Among all respondents, a full 48% agreed with the assessment that Biden wasn’t working for them, topping the 35% who said the opposite. The same broad sample found 55% hold an unfavorable view of Biden and just 36% having a positive view of the man.

“The poll made it very clear that there needs to be a course correction, whether that’s congressional Democrats and Republicans or Joe Biden. We must refocus political priorities to ensure that young people feel heard and represented regardless of political party,” Hall says.

It would be tempting for Democrats to write off this survey of almost 2,000 Americans as an outlier, but that would be a mistake. Separate polling out today from the Pew Research Center finds 63% of Democrats under the age of 30 carrying an unfavorable view of Biden’s job performance. (To be fair, Biden is underwater with most of the demographic groups in the survey: men, women, whites, every age range and all levels of education except those with postgraduate degrees.)

It would be also tempting for Republicans to start to celebrate these numbers, but that, too, would be an erroneous read of the situation. Former President Donald Trump did a doozy of numbers on younger voters’ views of the Republican Party. Civiqs’ polling finds an astounding 64% of these Americans holding an unfavorable opinion of Trump and 69% having the same opinion of Republicans in Congress. Trump may hold sway over the Republican Party but he is not welcome at any of the young-professional alumni mixers.

Rage is a powerful tool in politics. Republicans used it successfully in 2010 to ride a tea party wave to power and Democrats a year later tried to change the rules of finance in Zuccotti Park with the same frustrated activism that powered the Occupy Wall Street movement. Trump used America’s frustration to claim power in 2016 and that same discontent over Washington’s behavior helped Democrats win majorities in 2018 and the White House in 2020.

So don’t discount the (almost) apolitical anxiety coming from the next generation of voters. TIME’s Charlotte Alter has masterfully been on this beat for years and spotted it well before most. As she writes in her 2020 book on the changing course of politics: “The demise of the old gatekeepers led to the rise of a new kind of archetype: the disrupter.” Judging from these new numbers, these disruptors seem to be multiplying in numbers and ambition. And, finally, they’re showing up on Election Day.

23 people accused in $1M insurance scam based on fake auto accidents in U.S. and Canada

Is Buying an Aged Corporation a Good Idea?