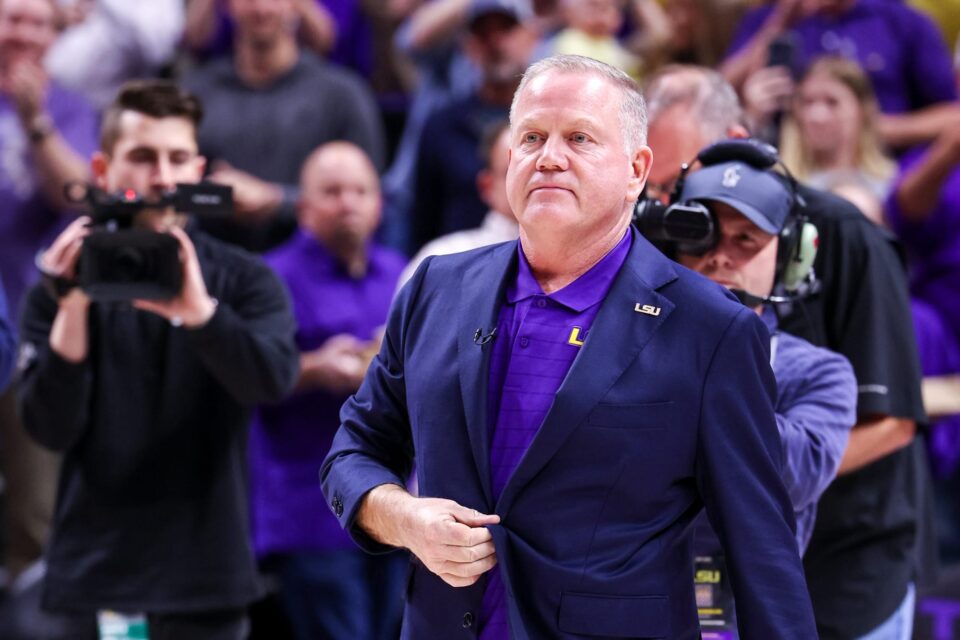 LSU football head coach Brian Kelly is visiting Arch Manning at his high school on Wednesday as he works to convince the top QB recruit to join the Tigers.

LSU is adding Brian Kelly to that number on Wednesday.

Kelly is making a visit to see Manning and additional recruits with LSU offers Will Randle and Brett Bordelon, according to Steve Wiltfong of 247Sports.

Brian Kelly is visiting Arch Manning and other LSU recruiting targetsManning is obviously the big fish at Isidore Newman High School in New Orleans. LSU is hoping their regional advantage will convince him stay in the state and head for Baton Rouge.

The tough part is competing against all the other forces trying to reel Manning in. Alabama’s Nick Saban and Georgia’s Kirby Smart have already visited with national title cache on their side.

Ole Miss’s Lane Kiffin has also come by with hopes of getting Manning to follow in his uncle Eli and grandfather Archie’s footsteps.

And those aren’t the only big named coaches sniffing around. Steve Sarkisian is pursuing Manning for his Texas team.

Manning’s pedigree was always bound to put him in the spotlight but he rose to the No. 1 prospect in the 247Sports composite because of his natural ability as a quarterback with accurate passing ability and an uncanny feel for the game.

Kelly’s arrival at LSU was a huge splash. Landing Manning would make it even bigger.