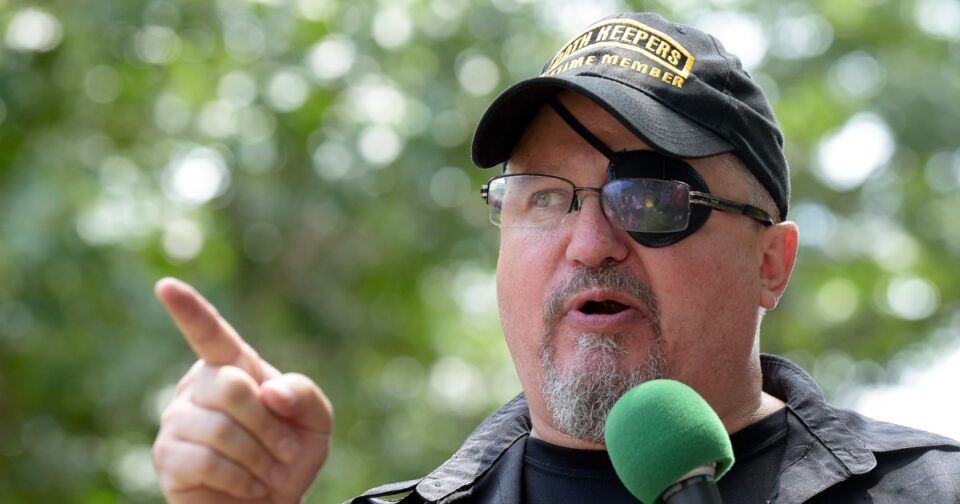 The founder of the far-right militia group the Oath Keepers must remain in custody pending his trial on charges in the Jan. 6 attack on the U.S. Capitol, a federal judge in Texas ruled Wednesday.

Johnson wrote that evidence showed Rhodes planned and organized an effort to try to prevent the peaceful transfer of power and that his “authoritative role in the conspiracy, access to substantial weaponry, and ability to finance any future insurrection, combined with his continued advocacy for violence against the federal government, gives rise to a credible threat.”

The ruling also says Rhodes could easily flee, and that the Oath Keepers that he leads has members across the nation.

Rhodes, 56, of Granbury, Texas, has been detained since his arrest Jan. 13.

Prosecutors say Rhodes spearheaded a conspiracy in which he recruited people to go to Washington on Jan. 6, 2021, including plans for an armed “quick reaction force” in Virginia.

They also allege he oversaw two “military-style stacks,” or formations, that joined other pro-Trump rioters to force their way inside the Capitol.

Attorneys for Rhodes did not immediately respond to a request for comment Wednesday night.

One of the attorneys, James Lee Bright, said they plan to file an appeal in Washington, D.C., Thursday, according to The Associated Press.

His attorneys have said that any member of the group that entered the Capitol did so on their own and not at the direction of Rhodes, NBC Dallas-Fort Worth has reported. Rhodes is not accused of going into the Capitol.

Attorney Phillip Linder has said the federal government sees Rhodes as “the poster boy for this movement” and “I think they’re trying to shut him down.”

Ten other people were also charged earlier this month with seditious conspiracy, some of whom had previously been charged in the attack on Jan. 6, 2021.

Hundreds of people have been arrested and charged with taking part in the riot last year, which occurred when supporters of then-President Donald Trump attacked the Capitol after Joe Biden won the November election.

Daniel Barnes reports for NBC News, based in Washington.