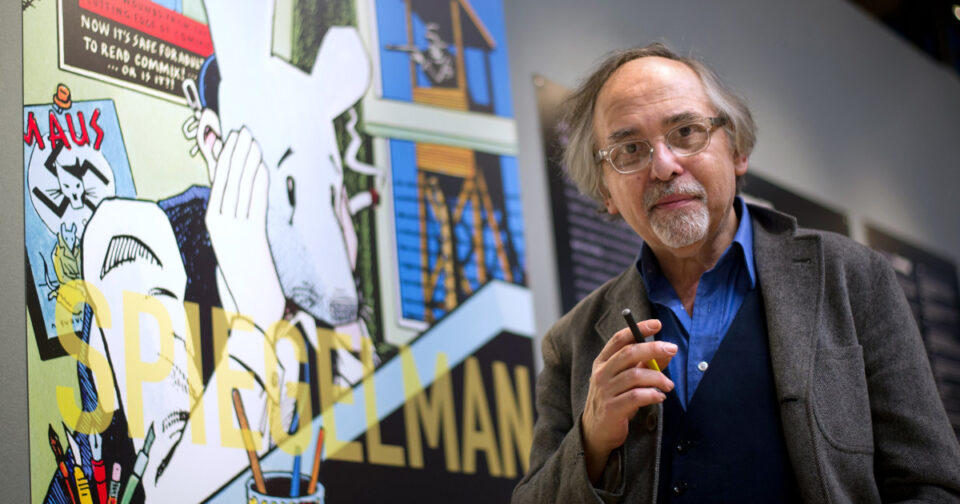 A Tennessee school board voted to remove “Maus,” a Pulitzer Prize-winning graphic novel about the Holocaust, from the district’s curriculum after officials objected to eight instances of profanity and an image of a nude woman.

The McMinn County Board of Education’s Jan. 10 vote to remove the novel, published by cartoonist Art Spiegelman about his Jewish parents’ experiences in Nazi concentration camps, was 10-0, according to meeting minutes.

The district had sought to use the novel, first serialized in 1980 and later published in two volumes, as an “anchor text” for eighth graders studying the Holocaust. “Maus” won the Pulitzer Prize in 1992.

The vote, which comes amid a series of efforts in Republican states to ban schools from teaching books about racism and sexuality, was first reported by the Tennessee Holler, a local news outlet.

One board member, Jonathan Pierce, described himself as “probably the biggest sinner and crudest person in this room,” but said the book didn’t meet his “standard,” which he described as: “Can I lay that in front of a child.”

“The wording in this book is in direct conflict of some of our policies,” he said.

Pierce added that children “need” to know about the Holocaust and the “suppression of certain ethnicities. It’s not acceptable today. We’ve got to accept people for who and what they are. I’m just an old country school board member and I think in our policy it says the decision stops with this board.”

The nude image depicted the dead body of Spiegelman’s mother, who took her own life in 1968 at age 56.

Another board member, Tony Allman, raised Spiegelman’s freelance cartoon work for “Playboy,” saying: “You can look at his history, and we’re letting him do graphics in books for students in elementary school. If I had a child in the eighth grade, this ain’t happening.”

An instructional supervisor and former history teacher, Julie Goodin, pushed back, telling Allman that she has an eighth grader and would want him to read “Maus” regardless of the board’s decision.

The problem, she added, “is that we are 80 years removed from the Holocaust itself. I just think this is a grave starting point for our teachers. I am very passionate about history, and I would hate to rob our kids of this opportunity.”

Allman and Pierce did not immediately respond to requests for comment.

Another board member asked if the district could strip the vulgarities, but a lawyer for the district cautioned against it, saying the edits could be outside the “fair use umbrella.” The lawyer also suggested reaching out to Spiegelman for permission.

Speaking to CNBC Wednesday, the author called the vote “Orwellian.”

“I’m kind of baffled by this,” Spiegelman said, adding: “It’s leaving me with my jaw open, like, ‘What?'”