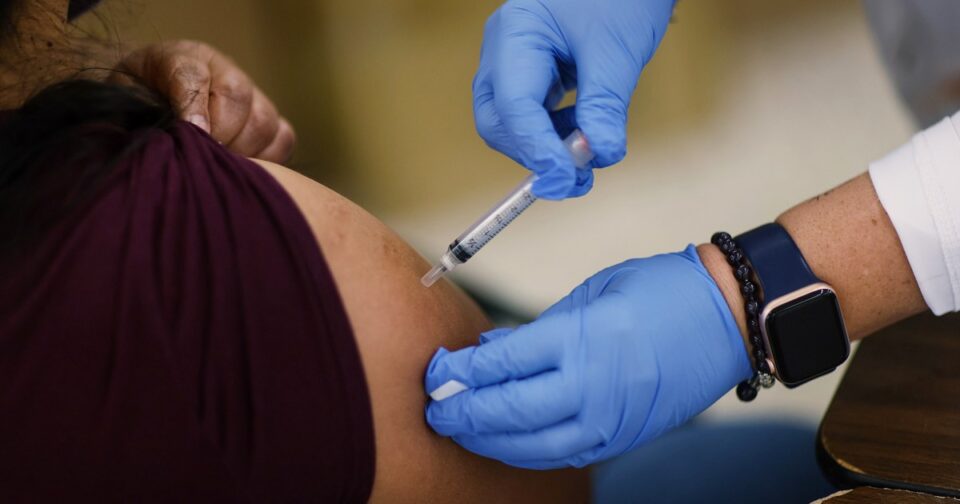 The Phase 2 study — Moderna’s first trial using the omicron-specific vaccine in humans — will assess the safety, tolerability and immune response generated by the shot in adults.

Full coverage of the coronavirus pandemic

Lab data from Moderna, as well as studies released by the Centers for Disease Control and Prevention, show the drugmaker’s existing booster shot still provides protection against the new variant, especially against severe illness.

But Moderna said new data, published Wednesday in The New England Journal of Medicine, show about a sixfold drop in the ability of the antibodies to neutralize the omicron variant, compared with the original strain, six months after the booster.

The company’s announcement comes a day after Pfizer and BioNTech announced that they started a clinical trial testing their own modified vaccine targeting the omicron variant.

The extremely contagious variant now accounts for virtually all new cases of Covid in the United States, according to the CDC.

The company said it expects to enroll approximately 300 participants into each arm of the trial, which will be conducted at up to 24 sites in the U.S.

Bill Hanage, an epidemiologist at the Harvard T.H. Chan School of Public Health, said Moderna’s trial will allow scientists to know how much of a benefit there is in training the immune system to attack the new variant.

“The decline in neutralizing antibodies against omicron that they report six months post booster is enough to allow the virus to start an infection, but the immune response is still strong enough to handle it pretty well in the great majority of people,” he said.

Moderna has previously said it is in discussions with public health leaders about potentially distributing an omicron-based booster in the fall.

Berkeley Lovelace Jr. is a health and medical news reporter for NBC News.

Why Biden should be able to win a Supreme Court fight